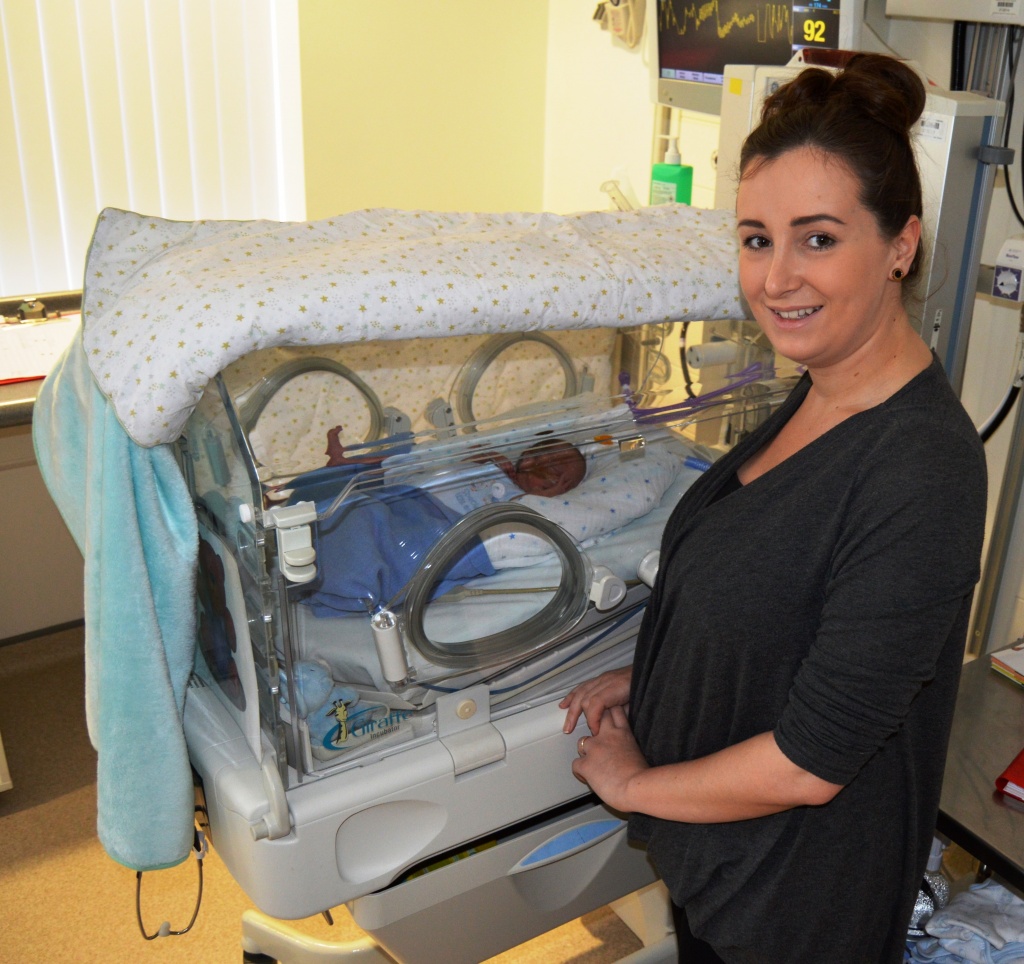 Hairdresser Rochelle Williams from Thornton was at work when she suspected her waters had broken at 27 weeks.

She came into Blackpool Victoria Hospital, but was then moved to the Royal Preston Hospital for monitoring.

A couple of days later, she woke up in labour and was told that the baby, predicted to be a girl, was expected to arrive within a couple of days.

Rochelle had quite a long labour but in the end gave birth to a baby boy who was born on October 22nd which was quite a surprise!

Louie was initially on a ventilator and remained at Preston for two weeks.

He is now in Blackpool Victoria Hospital where he is being weaned slowly off a machine which supports his breathing whilst he continues to grow.

Like all pre term babies, they are expected to stay in hospital until their due date, which in Louie’s case is January 2017.

Rochelle, who sits with Louie for 12 hours a day, said: “I still can’t believe everything that has happened as this is my first baby too; I was very confused as to what was happening. But at least he is making progress.”

“We always encourage parents to spend time with their new babies and to try and enjoy those very special first few weeks. Louie already has his own little personality and he is getting stronger every day.”