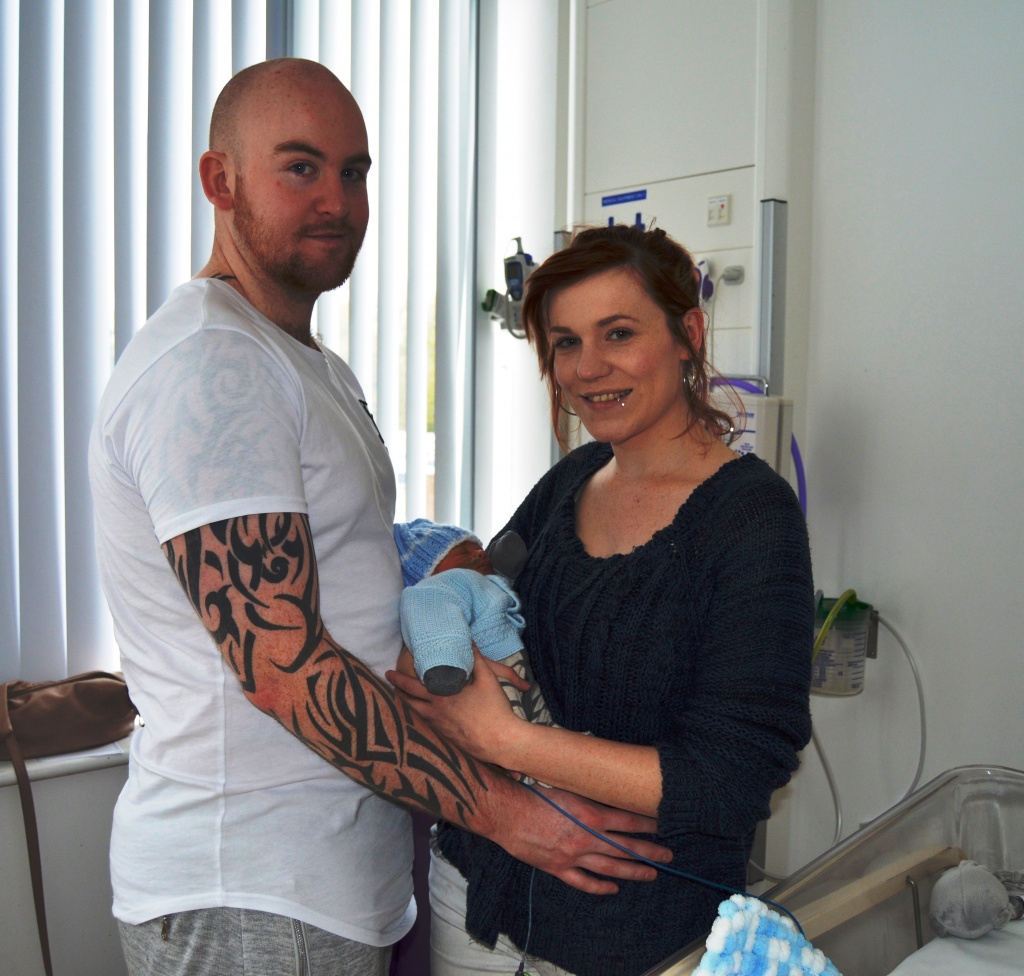 Michelle Dovey from Blackpool was just returning from a hospital check- up at 30 weeks, waiting for her bus, when her waters broke.

She walked straight back into the hospital where she was put on antibiotics and eventually sent home.

Not long afterwards, she returned to hospital in pain and it was established she was already in labour. Lochlan was born on October 28 weighing 4lb 2oz.

He was jaundiced at first and had to have treatment in an incubator before being transferred to a cot. He has already started to feed well and now weighs 4lb 6oz.

Dad Naithan has been visiting every day, taking shifts with Michelle.

He said: “I can’t quite believe I have a son. I can’t help but stare at him.”

Partner Michelle has been impressed in the standard of care she has received while she has been in hospital.

She said: “I have really clicked with a couple of the nurses here. They do a great job.”

Neonatal Ward Manager, Catherine Nash, said: “We get many babies on the unit every year who are born just a few weeks early and need a short period of care before being strong enough to go home.

“Lochlan is progressing well and will hopefully be home with his parents very soon.”