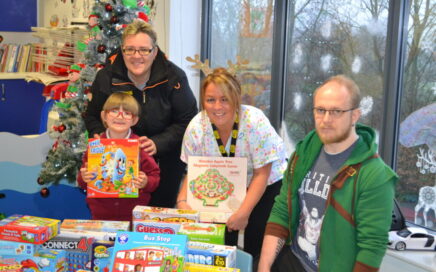 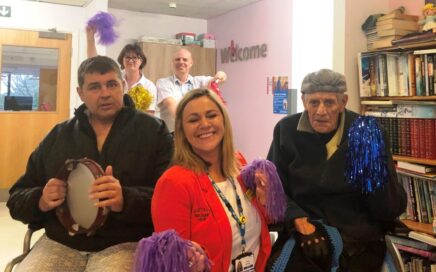 A St Annes hospital is turning its patient day room into a holiday camp complete with its own ‘Orangecoat’ entertainer. Clifton’s Holiday Camp, based at Clifton Hospital Lytham St Annes, is a new regular entertainments programme based on activities from Pontins and Butlins by one of their former entertainers. Alma Stewart, a Communications Officer at […] 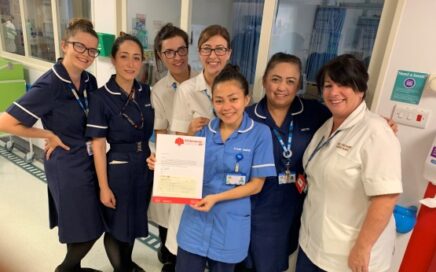 The right time and plaice for kind donation to hospital ward

A generous donation from local fishmongers was given to a ward at Blackpool Victoria Hospital to praise hard working staff. Kildavanan Seafoods Limited from Fleetwood wanted to give a donation of £350 to Ward 26 after seeing ward staff complete the Memory Walk in Blackpool in September. Gemma Smith, Ward Manager, said: “The donation was […] 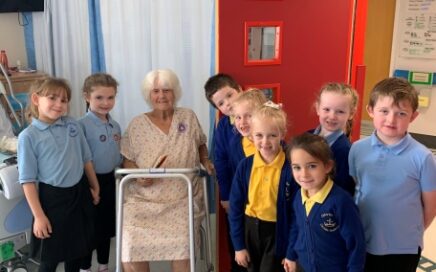 Children visit the Vic to learn about mercy

PUPILS from a Blackpool primary school put a smile on patients’ faces when they visited Blackpool Victoria Hospital to learn how NHS staff care for patients. The year two class from Christ the King Catholic Academy are learning about mercy at school and part of their Religious Education curriculum involves learning about healing and people […] 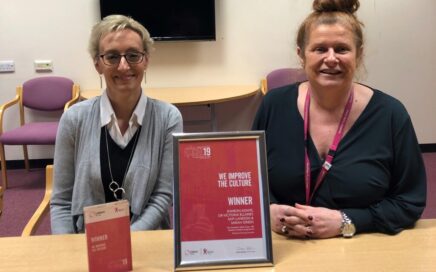 A programme of work designed to help health and social care professionals work better together across the Fylde Coast has won a regional award. The ‘Healthier Fylde Coast 100 Systems Leaders Programme’ topped the ‘we improve the culture’ category at the Healthcare People Management Association (HPMA) North West awards in Manchester. The programme, which saw […] 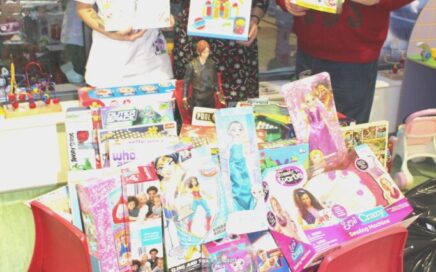 THE Children’s Wards at Blackpool Victoria Hospital were delighted to receive a large selection of gifts from the patrons of the Castle Pub in Blackpool. Joe Curran, who oversees a charity called Care For Kids, dropped onto the ward to hand over the toys for young patients. Blackpool was one of four hospitals to benefit […] 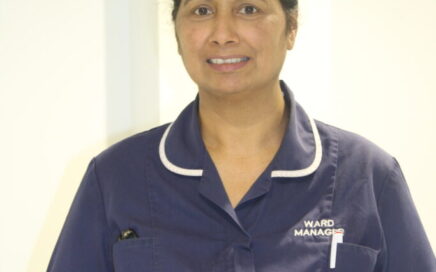 AN inspirational nurse at Blackpool Victoria Hospital has been awarded the OBE in the New Year’s Honours list for services to nursing.  Sabila Johnson is the Ward Manager of Ward 25 at the hospital and has been honoured for her dedication to the profession. She said: “I am obviously honoured to receive this award but […] 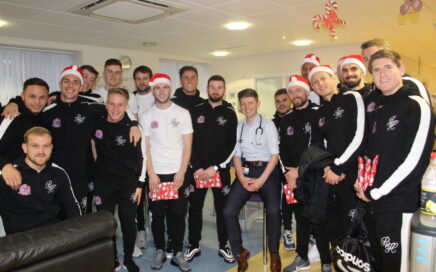 THE first team squad from AFC Fylde made their annual visit to the children’s ward at Blackpool Victoria Hospital. Members of the National League squad kindly gave up their time to visit the youngsters on the wards and hand out gifts. It proved to be a special moment for a member of staff too with […] 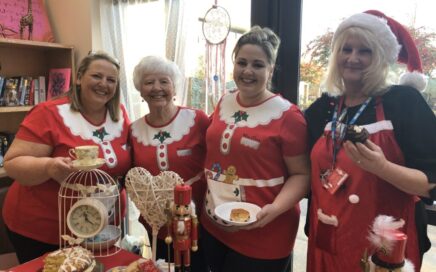 CLIFTON Hospital has held yet another successful Christmas Fair. Once again, staff, volunteers and supporters made the hospital a winter wonderland of stalls, games, raffle and tombolas and many of the local community turned up to support. Raffle prizes were donated by generous locals and businesses including Spago, Booths, Stringers,  Gusto Restaurant and Bar and […] 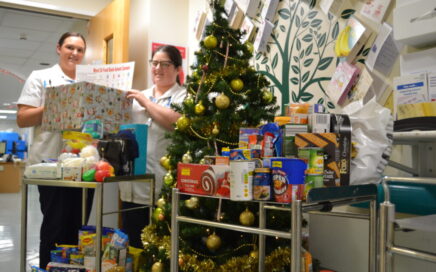 Caring staff at hospital help the homeless at Christmas

Ward 24 at Blackpool Victoria Hospital are collecting items for Blackpool Food Bank to support the homeless during the Christmas period. The idea came from Ward Manager, Helen Taylor, who wanted to try out a different idea with her team. A Ward Assistant, Mel Young said: “All the staff have been bringing in food, toiletries, […]