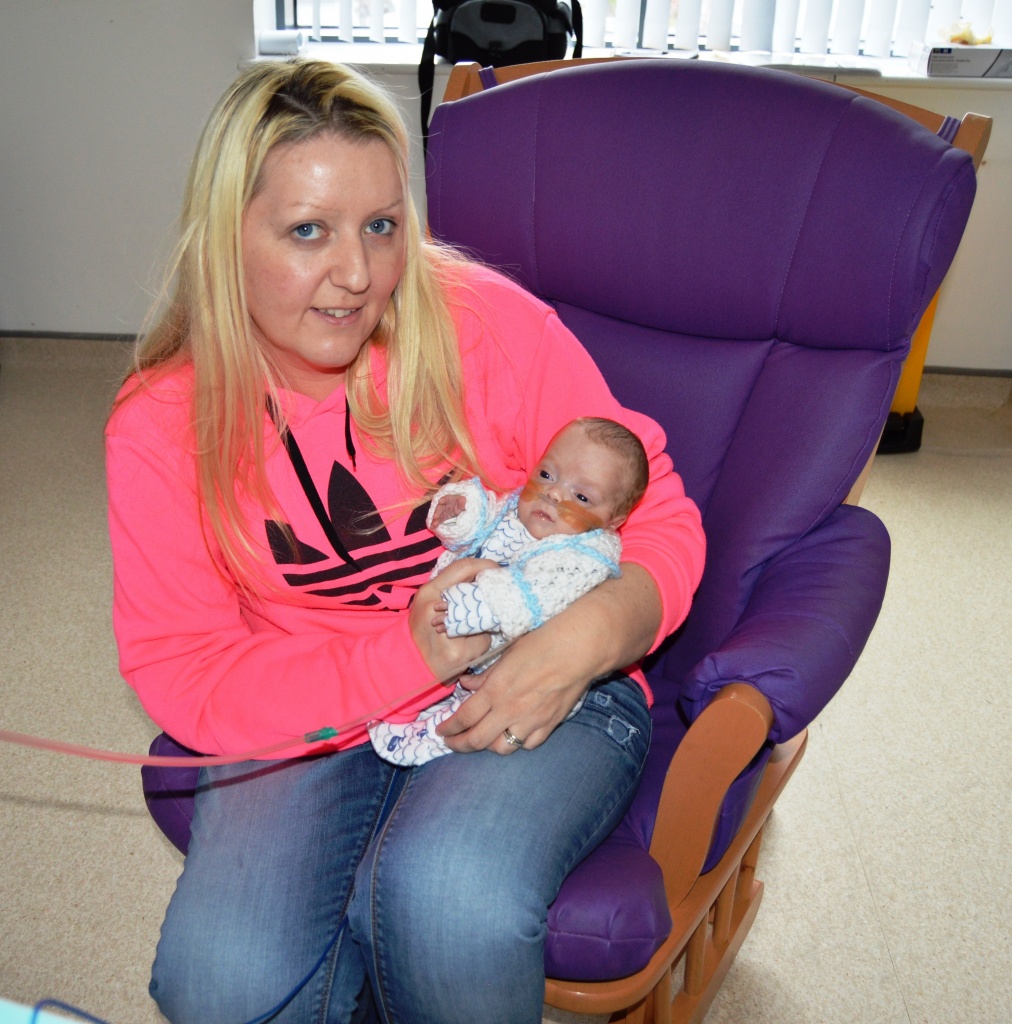 Her first son, Kobey, was born at 31 weeks after her waters broke at 29 weeks.

Stacey didn’t realise what was going on at first, but she ended up on a course of antibiotics.

When she then had a bleed, she went into hospital and was told she was already in labour.

She said: “Kobey did really well and only stayed in hospital for two weeks and two days with no ventilation so he was home quite soon.”

Stacey was obviously apprehensive about having another baby, but before she had chance to make an appointment with her consultant for advice, she realised she was pregnant again and had a 50/50 chance of having another preterm birth.

Stacey was due to have her 24 week check, but five days before the appointment, she had stomach ache and thought she may have had a bug.

She felt an odd need to push, but ran herself a bath in order to ease her discomfort.

When the pain instead got worse, not better, Stacey rang an ambulance to be on the safe side.

The paramedic who arrived, took her straight to hospital and was heartbroken to discover the baby would be born very soon.

After spending some time in the Royal Preston Hospital, Kaelan is now back at Blackpool Victoria Hospital and should be going home shortly.

Stacey said: “I’m quite nervous about taking Kaelan home as we will have to care for him whilst he is on oxygen.

“There will be visits from the outreach team but after support I have had from the staff and the monitoring machines for so long, it’s a bit frightening.

“The nurses here are fantastic. They are so calm and put you at ease. It was all a whirlwind when Kobey was born so I don’t really remember any of the staff, but this time, I have got to know them and they really are great.”

Neonatal Ward Manager Catherine Nash said: “Having a premature baby can be an extremely stressful time for parents and the journey from birth to going has many highs and lows.

“Kaelan’s parents have spent many hours next to his hospital cot and we wish all the family well as the next stage of their journey begins”.