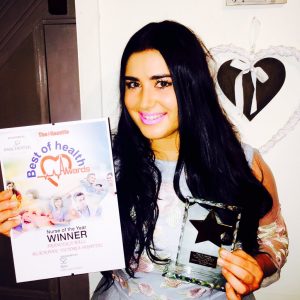 Nurse of the Year, Francesca Hall

Members of Trust staff from were among those recognised for excellence in a leading newspaper’s annual health awards.

Exceptional individuals and teams were honoured in The Gazette’s Best of Health Awards at the Imperial Hotel in Blackpool on September 29.

Chantelle McGovern, winner of the Midwife of the Year category, earned her award for helping a woman through a lengthy labour, long after her shift had finished.

The title of Doctor of the Year went to Dr Shabbir Susnerwala, a clinical oncologist based at Blackpool Victoria Hospital’s Windmill Unit. Dr Susnerwala was nominated by one of his patients, former mayor of Blackpool Betty Crighton, who described him as “a wonderful and caring doctor”. 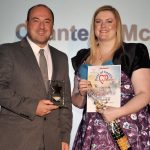 Operating theatre practitioner, Peter Mowbray, won the newspaper’s Unsung Hero award. Peter used the torch on his mobile phone to help save a security guard’s life after he was attacked in Blackpool.

Francesca Hall won the title of Nurse of the Year for her unstinting work in improving care for patients living with dementia through the ‘Butterfly Scheme’. She thanked her family and her colleagues for supporting her in her efforts to raise awareness and funds to enhance care.

The Trust’s Palliative and End of Life team won The Gazette’s Special Recognition Award for improving care for patients and families on. Representatives from the newspaper felt the team deserved special recognition for giving patients greater choice and vastly improved care at the end of life. 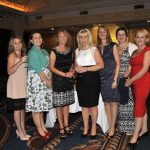 We’ll be featuring stories on each of the winners in the coming weeks for a more in-depth look at why they won. 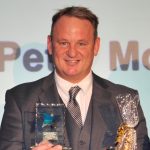 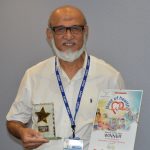