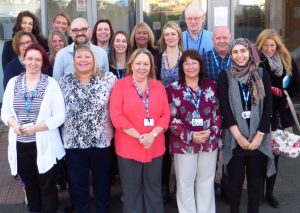 A Blackpool man who had suicidal thoughts has thanked a mental health service for helping him to turn his life around.

Stephen Thompson, 59, an illustrator who was involved in the design of the original red noses for Comic Relief, said the Supporting Minds service run by Blackpool Teaching Hospitals, had saved his life.

Stephen explained: “I was feeling suicidal and I had even chosen the tree I was going to use.

“When I was first seen by my counsellor from Supporting Minds, I was very nervous.

“I said I would rather see someone one-to-one so I could open up.

“It worked superbly well. My counsellor introduced himself and explained how he would like to work with me.

“He asked me how I was as a baby and then in the next session he asked how I was at school. We progressed through the history of my life up to the present day.

“What this did was make me remember all of the different things that had happened through my life. I realised there was nothing wrong with my life and that nothing was going to go wrong with my future.

“I became much more relaxed about my future and I only needed around eight sessions in the end.

“I said to my counsellor: “You have opened my mind”. It was easy to speak to him – I was doing more talking by the end of it than he was. He was excellent – he was such a gentleman.

“I had a drastic problem and I am glad that I went for help. I would recommend it to other people with similar problems.

“My thoughts have changed completely. I’m feeling positive about the future now.”

The Supporting Minds service is part of a national Government initiative called Improving Access to Psychological Services (IAPT). The Blackpool IAPT service relaunched itself under the name “Supporting Minds” in January 2016.

Members of the public can refer themselves to the service or it can be done through GP surgeries. The Supporting Minds leaflets are available in all GP practices. 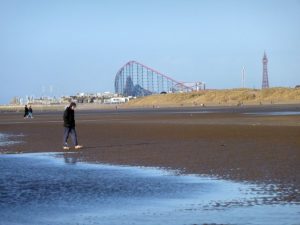 Alison Best, Team Manager for Supporting Minds, said: “There are high levels of anxiety and depression generally within the population in Blackpool and this can impact on all areas of people’s lives.

“One in four people will experience problems such as anxiety or depression at some point in their lives and we want to encourage these people to get in touch.”

“Some of our clients will be working and some will be off work, due to their mental health problems, or struggling to get into work.

“Addressing anxiety and depression can help people to engage more fully in their lives again.

“When someone calls us they will firstly speak to a member of our team who will take some basic details and then offer an appointment with one of our Psychological Wellbeing Practitioners. This is usually a telephone appointment that enables us to find out more about the person’s problems, before deciding the kind of intervention that is most likely to help the individual.”

Supporting Minds has two levels of support that it can offer people with anxiety and depression. After the initial phone contact, ‘step two’ involves brief psychological interventions with around six to eight sessions.

‘Step three’ involves more in-depth cognitive behavioural therapy (CBT) or counselling sessions of around an hour over a period of eight to 20 weeks.

At step two people can also be offered a stress control course delivered by Psychological Wellbeing Practitioners at various venues in Blackpool and Cleveleys. The courses help people to understand their problems better and offer people ways of coping with and managing anxiety and depression.

CBT is a ‘talking therapy’ that can help people to manage their problems by changing the way they think and behave.

Alison explained: “Often a pattern of avoiding certain situations arises when someone experiences anxiety or depression.

“CBT helps people to change the way they look at things and enables them to begin facing things again.”

The service is available in several venues across Blackpool and Cleveleys, and is available to people of all ages from 16 years upwards.

Alison added: “We are delighted to have hit the Government’s target of offering psychological therapy to 75 per cent of people referred into the Supporting Minds service within six weeks, which means that more people are now getting help quicker.

“We have a great team and the service could not have achieved this target without their hard work and dedication.”

For more information on the Supporting Minds service call 01253 955 700 between 9am and 5pm, Monday to Friday. You can also contact your GP.