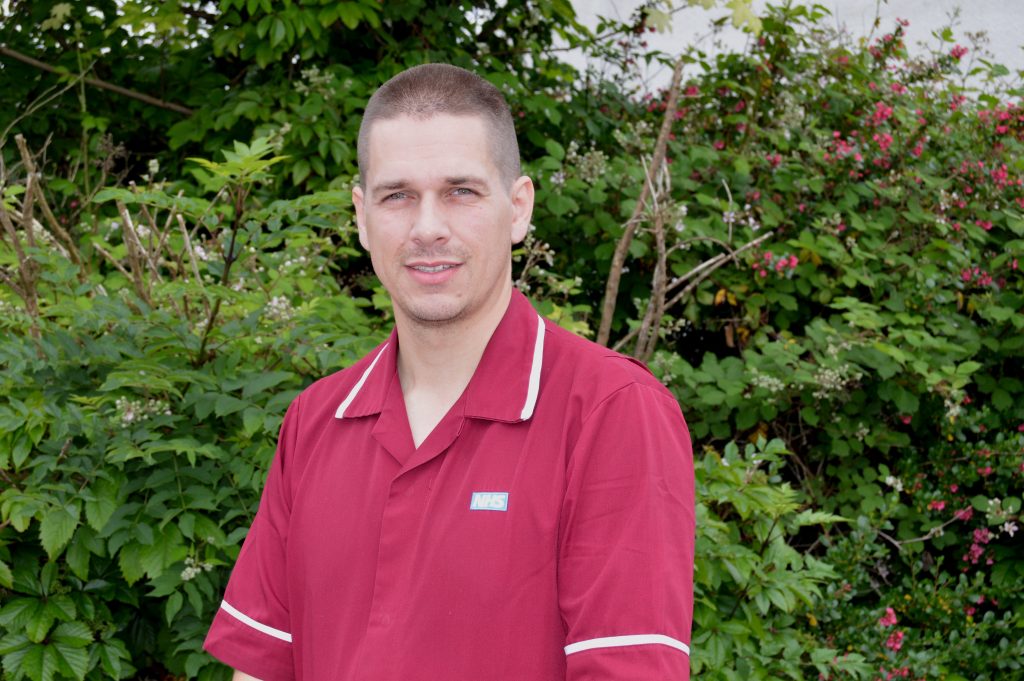 When Peter Morris was told his two-year-old daughter Bella had an incurable condition his world crumbled.

“I just wished it was me and not Bella,” said Peter.

Bella, who is now three years old, has a life-limiting condition called ‘Vanishing White Matter’ which affects less than 200 children across the world.

Peter, who works as a Community Matron for Great Eccleston and Over Wyre for the Trust, is now raising awareness of the condition with his partner Natalie Stevenson.

He said: “When Bella was diagnosed I would have done anything to swap places with her. You expect your child to grow up and get married – nothing can prepare you for this.

“As a father I felt so powerless. That is partly why I started raising awareness and fundraising.”

There is a one in 40 million chance of a child developing the condition and scientists are working on treatments and a possible cure.

Peter explained: “Last November Bella was two and a half years old and doing everything she should be.

“She started with a cold and was treated with antibiotics. She became wobbly on her feet. A week later she wasn’t any better. We took Bella back to hospital and she had scans.

“A MRI scan showed that the white matter in Bella’s brain was affected.

“They sat us down and told us Bella might only have six months to live. They could see there were serious changes but they could not put a name to it.

“The doctors did more tests and nothing came back 100 per cent. They thought it could be a condition called leukodystrophy. It has a broad spectrum and there are 40 different types. 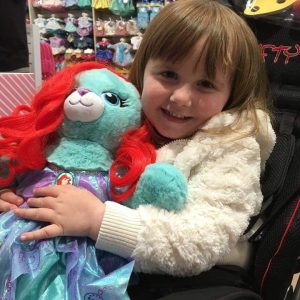 “We saw a geneticist who said it sounded like ‘Vanishing White Matter’. The condition stays stable unless there is a trauma or infection. If Bella was to have a chest infection her condition could rapidly deteriorate. If she is well she will stay well but if she becomes ill her condition will worsen each time.

“Up until she became ill Bella was doing music and dancing. She was a happy, bubbly girl who loved playing with her brother and sister – just like most children.

“She’s is exactly the same now except she bunny hops around because she can’t walk or stand up and support herself.”

Peter said his work with the Trust had given him a unique perspective on Bella’s condition: “In my job its quality not quantity that counts.

“We could keep Bella isolated from others and there is a padded helmet she can wear but we also want her to enjoy her life. It’s trying to find a balance. We’re not going to put her at risk but we want her to be able to play.”

Bella is being treated at Wigan Hospital and her neurologist is based at Manchester Royal Hospital.

“All they can do is to manage her symptoms,” said Peter. “Our biggest frustration is we want to know what is going to happen but they can’t give us these answers.

“At the start you think losing your daughter is going to be the worst thing. To me now is a better time because she is happy.

“The condition affects motor skills but not cognitive skills. It will affect Bella’s ability to talk, eat, see and hear as time goes on.

“We’ve been to Derian House children’s hospice – as a parent that’s something you never think you’ll have to do.”

Peter, 35, who has worked at Great Eccleston Health Centre for seven years, has been doing all sorts of fundraising activities to raise money for research. He also works two nights a week with Poulton District Nurses.

The campaign, which Peter started around a month ago, is called ‘Saving Bella Morris’ and is gathering followers on Facebook and Twitter.

Peter and his family live in Chorley and he is organising a family fun day in the town on August 6 from 11am to 4pm at Chorley Panthers Rugby Club on Chisnall Lane, PR7 5LX.

He is also selling rainbow-coloured wristbands to raise awareness and he is preparing to do a skydive with District Nurse Helen Bland in November.

He said: “Basically we are trying to get as many followers on Facebook and Twitter as possible.

“There are lots of other rare genetic conditions that are out there. The problem we have is that things like cancer affect so many people but there are not many patients with Bella’s condition.”

Peter has spoken with a scientist called Professor Orna Elroy-Stein in Israel who is working towards a cure and treatments for the condition.

Peter said: “She is working towards a treatment at a university in Tel Aviv. Her work is further ahead than other studies but she needs the funding to make it happen.

“There will not be a cure for Bella because she already has the condition but I would like to see one in my lifetime. If Dr Elroy-Stein could develop a treatment, it could stop it in its tracks.

“I try to make the best of it and if there’s a breakthrough that’s great.

“If no other family has to go through what we’ve been through that would be amazing.”

Donations by cheque can be made payable to Saving Bella Morris and sent to 3, Crosse Hall Lane, Chorley, PR6 0QJ.