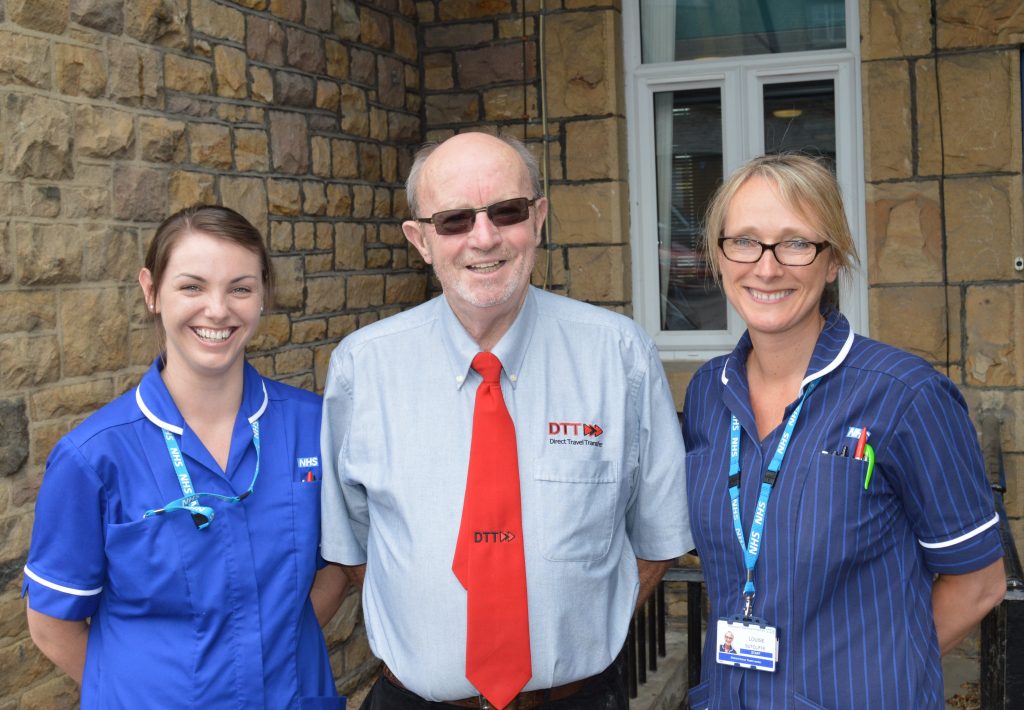 A widower from Lancaster has thanked a team of district nurses from Blackpool Teaching Hospitals who looked after his wife at the end of her life.

Chris Rabbett from Newlands in the city, whose wife Janet had lung cancer and was cared for by Lancaster District Nurses, described the care his wife had received as “fantastic” and “unbelievable”.

At Janet’s funeral in March Chris asked people to donate money instead of flowers and more than £1,000 was raised.

He has bought nine cameras which the district nurses are now using to photograph conditions such as leg ulcers and other wounds. This will enable them to monitor any improvements or deterioration in patients’ conditions.

He praised one nurse in particular for going the extra mile for the whole family.

He said Scarlett Peat had helped Janet to relax and feel confident in her care.

He explained: “They were all unbelievable. Scarlett came and built up a good relationship with us. You don’t realise how lucky we are to have nurses like these.

“These girls gave us a service you could not buy.”

Scarlett said: “It has been nice to know Chris. It was nice because at first Janet wasn’t keen for us to go in.

“It’s rewarding to do this kind of work, especially in situations like this when we can see that what we’re doing is appreciated.”

Chris added: “She was very popular, my wife. She knew a lot of people and would never ask them for anything.

“Janet’s good friend Chris McHugh is also a district nurse with the team.” 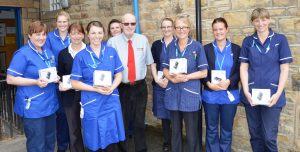 She explained: “A few members of staff were involved but Scarlett was the one who initially developed the therapeutic relationship.

“When Scarlett met them they felt relaxed and they had confidence in her.

“They gave her a card which was lovely. Scarlett is fabulous.

“We will use the cameras to do wound photography. We are really grateful for the donation because it will have a massive impact, not just on patient care but for staff going out into the community.

“Staff will have individual responsibility for their camera and we will look at the photographs at our clinical hand-over meetings.

“We’ll be able to see from the photographs if there is any deterioration.

“It will help us to improve safety and quality of care for our patients.”