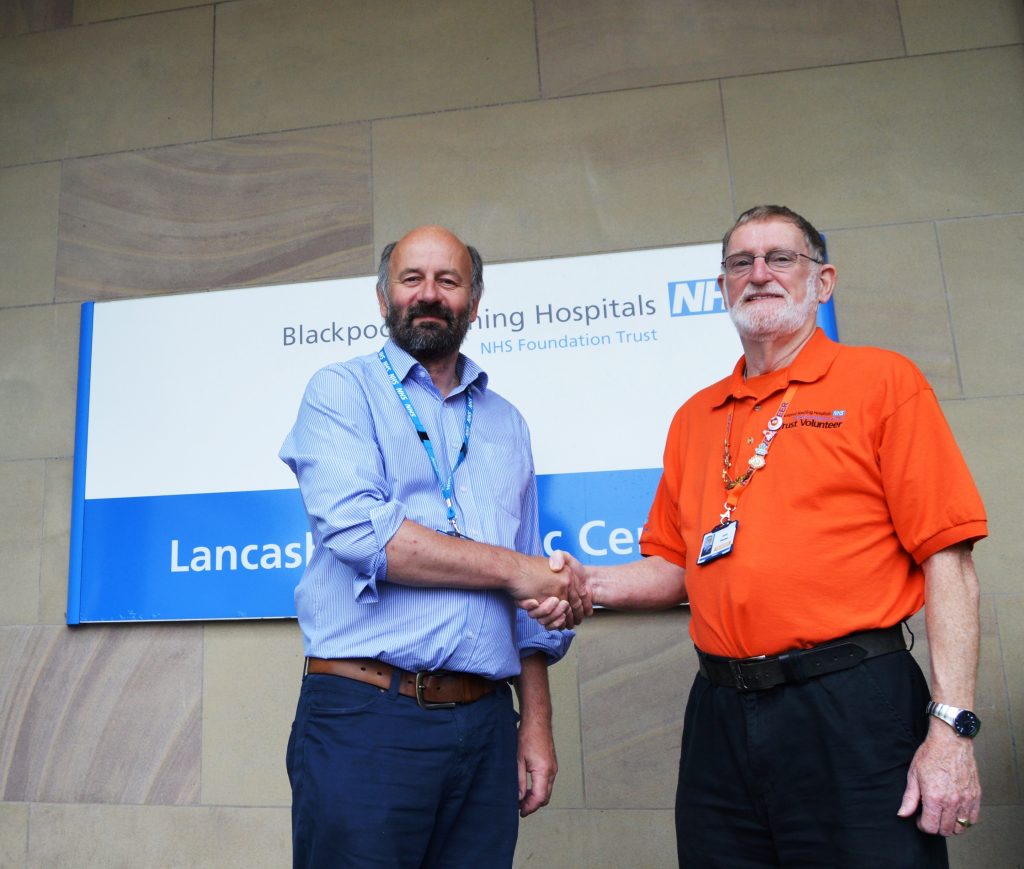 A popular Blackpool cardio thoracic surgeon has been thanked by a Trust Volunteer whose life he saved.

Colin returned to the Cardiac Centre to mark the anniversary to shake the hand of the man who gave him his life back.

Colin said: “Without Mr Duncan, I would not be here. When you think of how much life he has given back to people, it’s unbelievable.

“I had to come and shake his hand today and say thank you. Having the surgery the day before my fiftieth birthday was the best present I’ve ever had.

“Because of my gratitude, I signed up to be a Trust Volunteer as soon as I retired five years ago to give something back.”

Following an angiogram in 1997, Colin was kept in hospital as his arteries were partially blocked.

His surgery was brought forward by two days as the pain in his chest continued. The four hour operation revealed that Colin’s arteries were 80% blocked. Had he not had the bypass, he wouldn’t be here today.

Mr Duncan said: “It was lovely to meet up with Colin again after all these years.

“I hadn’t been working here that long when I performed his surgery. It’s nice that he is now a Volunteer and helping patients, some of whom have come to have the same procedure as he did.