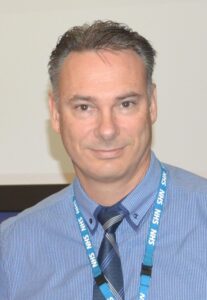 IFAW promotes the importance of counter fraud work in all organisations and raises fraud awareness across all sectors.

Blackpool Teaching Hospitals has been participating in the week by joining the NHS Counter Fraud Authority’s (NHS CFA) national campaign to raise awareness of fraud, bribery and corruption committed against the NHS and wider health service.

John Marsden, the Trust’s Local Counter Fraud Specialist, said:  “Fraud against the NHS is still something we need to publicise both internally and externally as it affects all of us.

“Our involvement in international fraud awareness week will shed light on the ways in which people commit fraud against the NHS, how we can all work together to mitigate the risks and the work we do to fight economic crime affecting the NHS.

“The campaign will help to communicate to staff their role in fighting fraud and the ways senior staff members can engage and support this by helping to spread awareness, such as the different areas of fraud, what to look out for and how to report it.’’