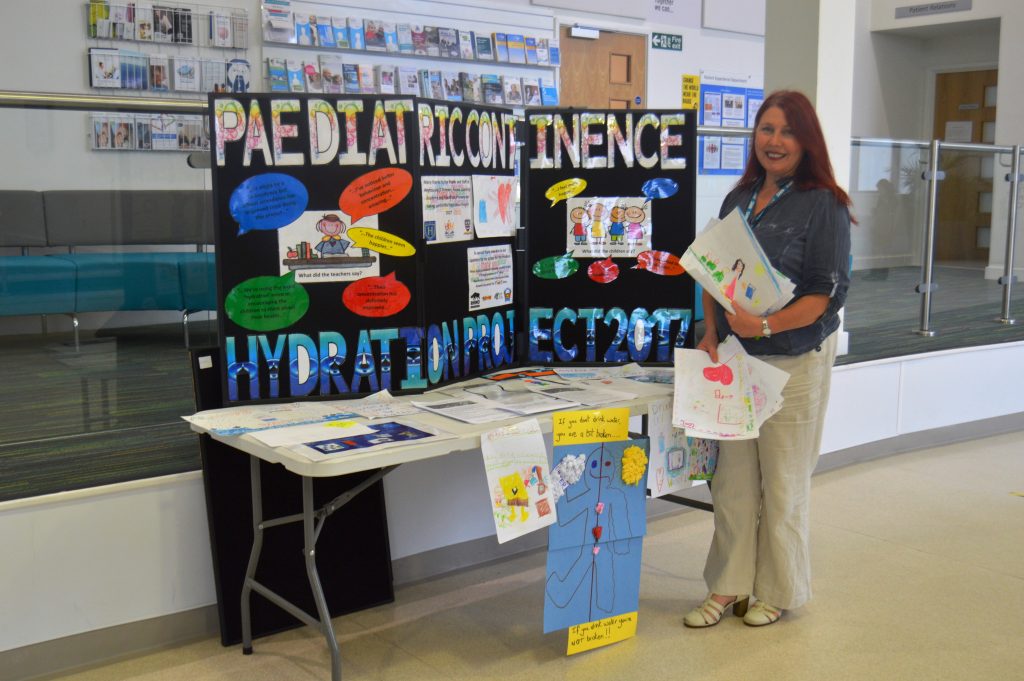 Clinical Nurse Specialist Karen Morris and the paediatric continence team, have been working on a special project with three local schools to promote drinking the right amount of fluid every day.

Because Blackpool has been benchmarked as having high incidents of children being admitted to hospital for urinary tract infections and constipation, the Paediatric Continence team put a plan in action to make improvements for the health of their patients.

Data was collected from schools to see which ages were most likely to be affected. The results were Year One and Reception pupils. Three schools across Blackpool, Fylde and Wyre were selected for a pilot study.

The trial ran for eight weeks, beginning with a nurse giving a short presentation to the children along with a special poster to help children record how much they should be drinking. A competition was launched to make the best poster for the importance of hydration with the winners receiving prizes from local business.

Karen said: “As well as before and after surveys to parents about general health and good hydration, surveys were sent to teachers about improvements in pupils’ concentration.

“The results were positive – parents reported a fall in constipation and a choice of healthier drinks. Some noticed  their child was less irritable and concentration had improved.

“Teachers reported better concentration and behaviour with adequate drinking for the children in their classes.

“It is hoped  the schools involved will continue with the hydration project and it will become normal practice. Parents have received a tips sheet for ways to get their child to drink well and the aim is for the whole family to get involved.”

The children’s posters were displayed on the Mezzanine Floor of Blackpool Victoria Hospital last month.