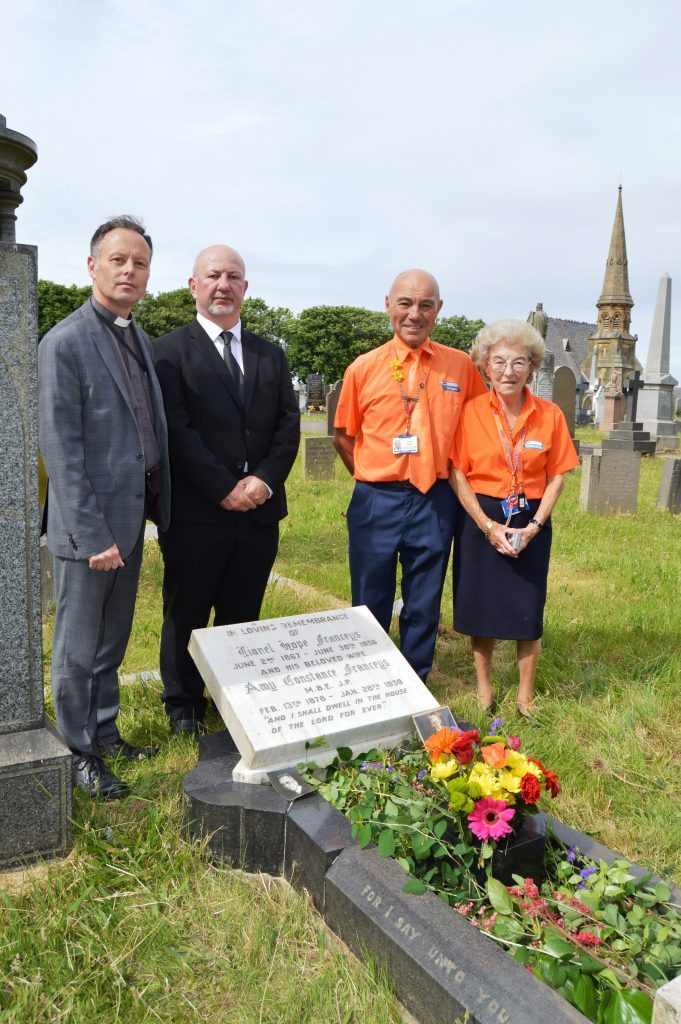 A LEADING figure in the development of the NHS in Blackpool in its early days has been remembered at a special ceremony.

Staff from Blackpool Teaching Hospitals NHS Foundation Trust have remembered Lionel Hope Franceys, Chairman of the Victoria Hospital Board of Management from 1928 to 1940, as part of the campaign to mark 70 years since the birth of the NHS.

Mr Franceys, a bank manager, became the first Chairman at the Whinney Heys site and upon retirement, became an honorary lifetime member of the management board.

Clive and Denys gave short readings by the graveside and laid flowers in remembrance.

Denys, also a tour guide at Layton Cemetery, said: “I came across Mr Franceys’ grave and after some research discovered his importance in the history of the hospital. 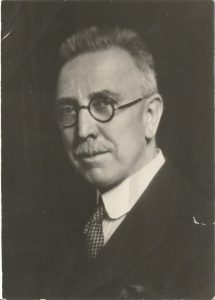 “I think he would be amazingly proud that we have remembered him, especially in the NHS’ 70th year. Without him and his determination, Blackpool Victoria may never have come to its current site.”

Lionel Franceys was the driving force to get the hospital built where what was then considered the ‘countryside’ of Blackpool.

Despite opposition, Lionel fought and won the battle to have the hospital built on its current site in 1936.

Mark Cullinan said: “This is an opportunity to take a moment to reflect on the lasting achievement that’s been made.

“Today’s health care is very different than 70 years ago, but the values still hold true.”

Clive Lord, in his Service, said: “We give thanks to Lionel’s vision and sense of community. His striving for excellence in healthcare in years past is a spirit which endures in the lives and endeavours of our colleagues and friends in their world of work today.”

Denys will be holding a special dedication on the 62nd anniversary of Lionel’s death on June 30 at Layton Cemetery, Talbot Road at 10.30am.  All welcome.