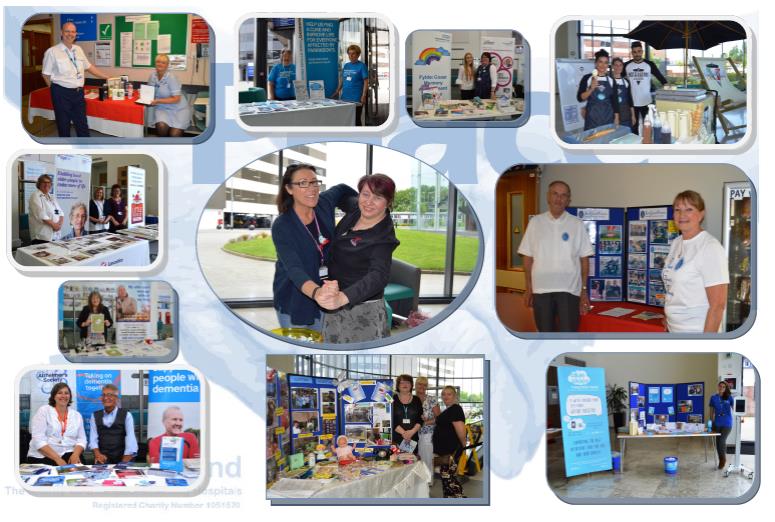 Local spokesman for dementia, Peter Lyttle, who lives with vascular dementia, opened the day with a speech about his life with the syndrome. Local dance school JLC Dance entertained the crowds.

Many agencies held information stalls and there was a special raffle held in order to raise money for Trust charity Blue Skies Hospitals Fund’s Peace of Mind Appeal which supports dementia patients around the Trust. This raised more than £600.

The Notarriani family sold their delicious ice creams in Blackpool Victoria Hospital’s main entrance as part of the special week and raised £726 for the Peace of Mind Appeal.

Dementia is not a specific disease. It’s an overall term that describes a group of symptoms associated with a decline in memory or other thinking skills severe enough to reduce a person’s ability to perform everyday activities.

Patient Experience Lead, Andrew Heath, said:  “This is a significant event that the hospital hosts that is always well attended.

“It provides a great opportunity for organisations to raise awareness of the services they provide to people affected by dementia as well as opportunities for networking with hospital teams.

“This year was no different with all the organisations who attended speaking positively about the contacts they made. It once more placed dementia awareness at the forefront of our patients’ experience.” 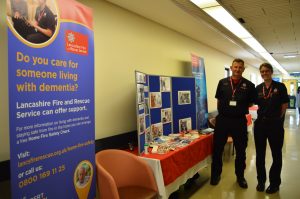 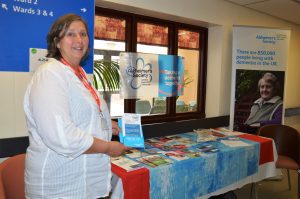