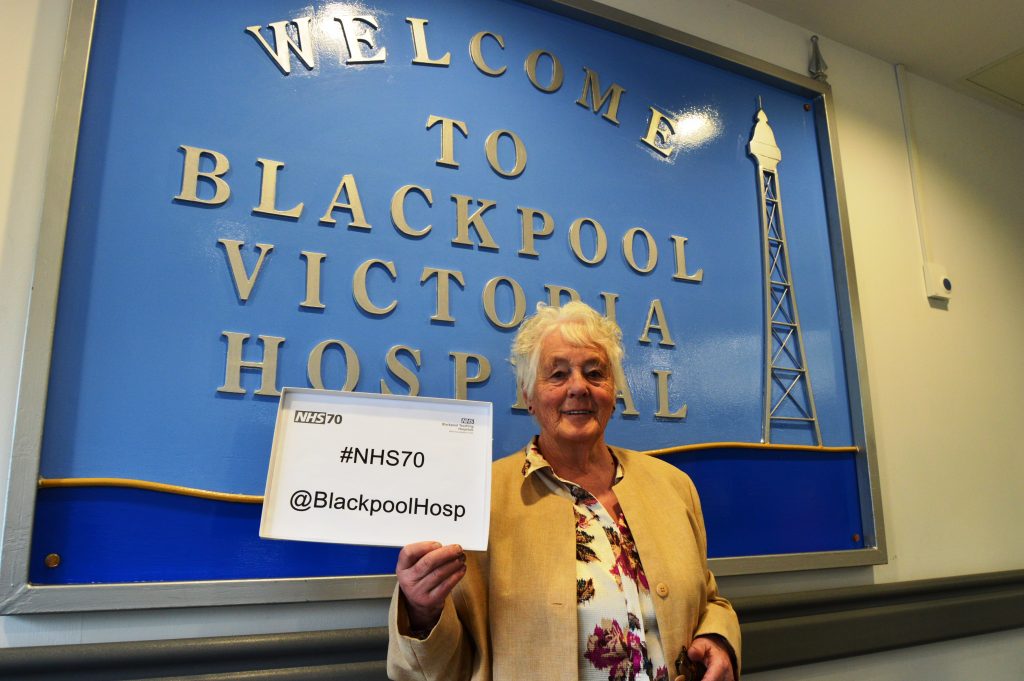 Blackpool’s Beryl Whitehead has not only worked for the NHS for 30 years, she worked at Blackpool Victoria Hospital in the early days of its existence.

As a ‘probationer’, she lived and trained on site living in one of the nurses’ homes which were cottages rented from a farmer on the working farmland surrounding the Whinney Heys site.

Beryl said: “There were no houses on Whinney Heys Road back then. The training nurses lived in either the ‘Primrose’ or ‘Bluebell’ house and it really mattered which one you were in.”

Things were quite different in Beryl’s day. Matron was in charge of all the nurses and ruled with a “rod of iron’’.

Beryl said: “The matron then, Elsie Maclean, was firm with her staff. She had an Irish wolfhound who sat by her desk and waited at the door when she was conducting ward rounds.

“You knew someone was in trouble if they were standing on the rug in the original main hall, which was on the way to the dining rooms, waiting to see Matron.”

Even if any of the nurses wanted to get engaged, they had to have Matron’s permission first.

But although Matron and the sisters were strict, they also had a sense of fun. The nurses were taken to dances and outings and the sisters would often send a trainee down to another department for a ‘long stand’.

“On Christmas Eve,” Beryl continued, “all the nurses were allowed to turn their capes inside-out so that the capes were red instead of blue. We would visit each ward by lantern-light and sing Christmas carols to the patients.

“Christmas was great fun and there would be an annual show. One year, Matron came out as the Sugar Plum Fairy. The doctors would make fun of the consultants and vice versa. It was great camaraderie.

“On Christmas day itself, the consultants would bring their families on the wards and some would pretend to operate on a turkey in order to carve it for lunch.”

A lot has changed in the last 70 years.

When Beryl worked at ‘the Vic’ there were only 480 beds. On call doctors would answer emergency situations via a tannoy announcement. Shoes would often be found in random places along the main corridor as the doctors had flicked off their shoes in order to run faster.

Beryl added: “Things have changed since I was nursing, in fact the world has changed. Medicine has come such a long way; just look at cardiac for example – the operations and recovery take a fraction of the time they used to.

“The NHS provided me with a fantastic working life within a great team from consultant down.

“I want to thank the NHS for allowing me to have such a wonderful career and for meeting so many lovely patients and colleagues along the way.”