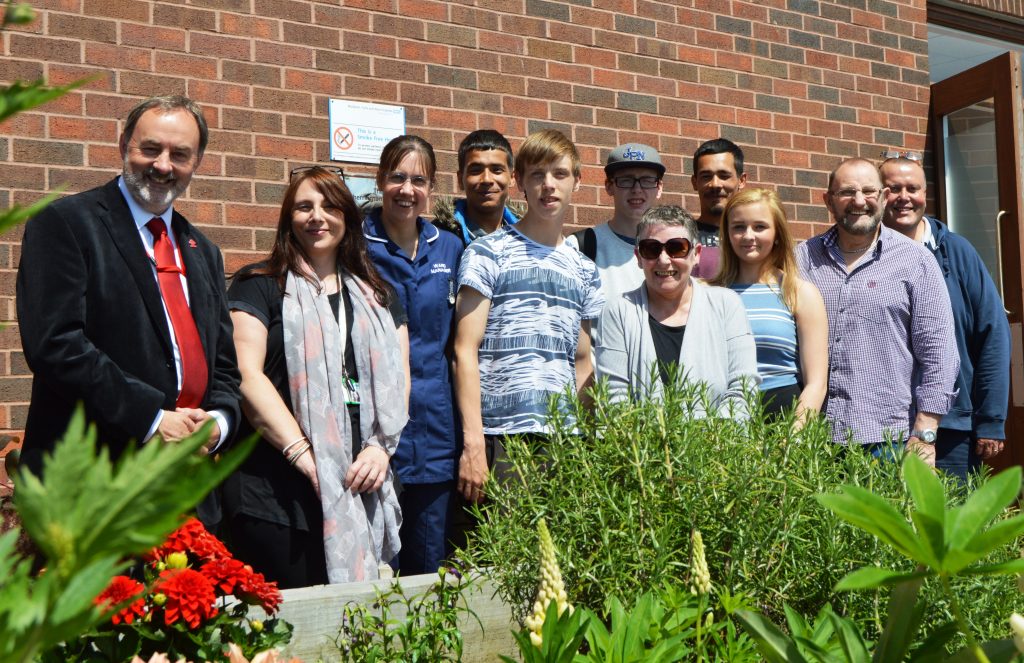 A LOCAL stroke survivor officially opened the Sherrington Gardens at Blackpool Teaching Hospital in memory of her daughter. 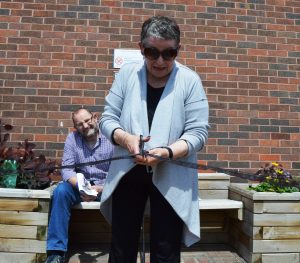 Jean Sherrington was invited to cut the ribbon in the upgraded outdoor space that young members of The Princes’ Trust, the youth charity that helps disadvantaged young people turn their lives around, worked hard to complete.

In conjunction with Groundwork, a charity that works to improve green space, the team voted to work on the hospital’s community project and raised money doing bag packs which was spent improving the garden. They cleared weeds and worked tirelessly to move three tonnes of soil.

This resulted in raised beds full of colourful flowers that stroke patients can sit outside and enjoy. 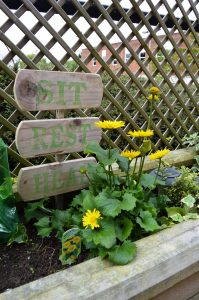 Jean’s daughter Paula suffered a stroke at only 43 years old. She spent 13 weeks on the former stroke ward and during that time enjoyed sitting outside in the fresh air. She made it her mission to improve the outdoor space as a member of the Stroke Patient Forum the Trust consulted during the planning of the new stroke unit.

Two years after suffering from her stroke, mum Jean also suffered the same fate whilst in a GP’s consulting room. Luckily, the effects were mild as it was spotted so early by the doctor. Jean then had to recover from her stroke whilst also caring for Paula.

Jean said: “I recovered from my stroke very well as I had to in order to help Paula. We helped each other through with a lot of laughter. Even though Paula was wheelchair dependent, she did not miss one meeting about the upgrade of the garden – she was very passionate about it.” 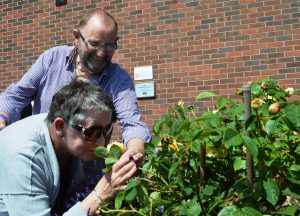 Although the garden had been completed three years ago by Laing O’Rourke who also built the new unit, it became overgrown and a lack of proper watering system meant that plants had died. Unfortunately, Paula died in January 2013 and the garden finished in July 2013 so she never got to see the completed space. Following her death, the family were told the garden was to be named the Sherrington Garden.

Jean, her husband and their friends and family maintained the garden but the lack of water supply meant the garden was hard to sustain. Plus Jean had further health problems last year which made getting to the garden harder. However, a watering system has now been employed and workers were invited in to revive the space in order for patients to enjoy the flowers and sunshine.

Steve Hughes, Princes Trust Team Leader at Groundwork said: “Team 12 have thoroughly enjoyed completing their Community Project at the Blackpool Victoria Hospital Stoke Unit gardens, as they can instantly see the benefits of their labours to improve the garden space, and also recognise the potential benefits to staff and patients alike. It has been a pleasure to help and we hope the Trust reap the benefits for years to come.” 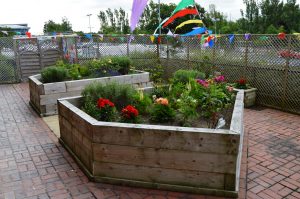 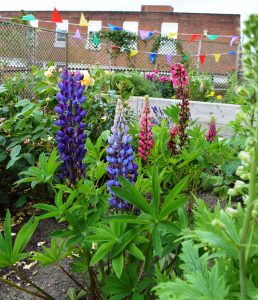 Ward Manager Rachael Bailey said: “It’s all amazing. It’s the reason why I do my job – getting patients talking together in the sunshine. I wouldn’t be anywhere else.”

Jean concluded: “It’s wonderful. It’s just warmed our hearts for patients to be able to sit out and socialise. Paula would be ecstatic.”