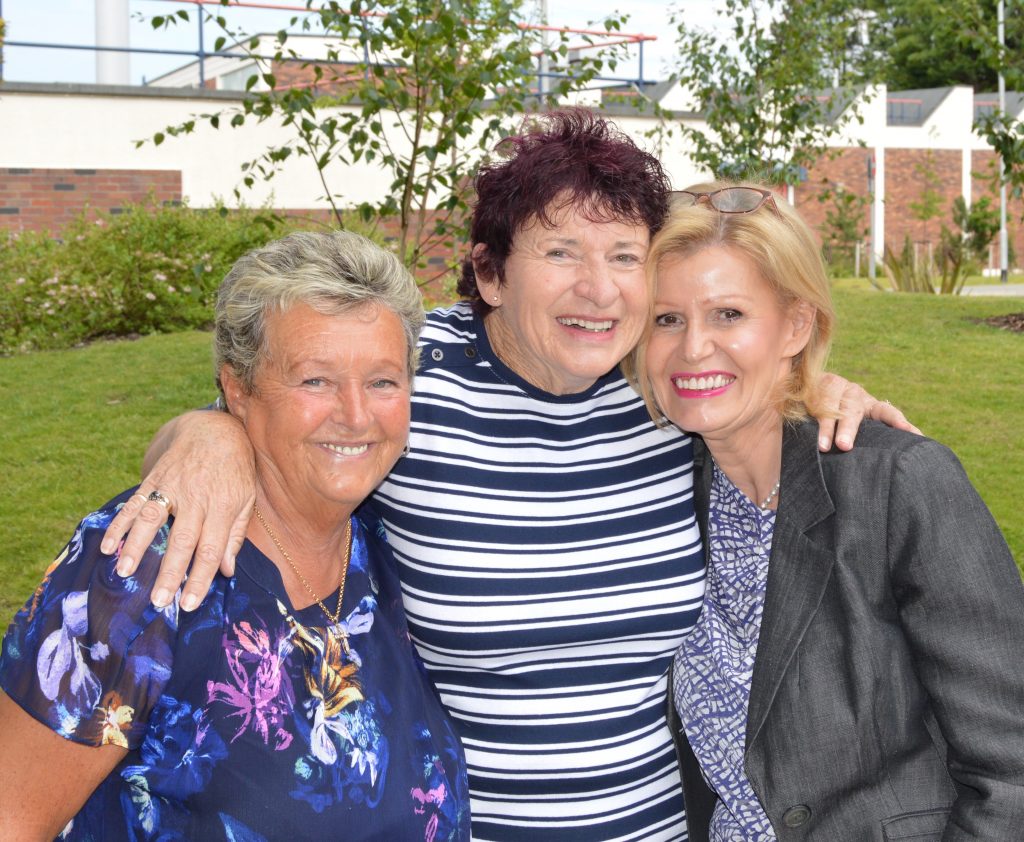 A lottery winner whose cousin’s wife survived bowel cancer has donated £10,000 to a support group based at Blackpool Victoria Hospital.

Diana De Gilio, 70, won £1Million on the EuroMillions Mega Friday in May and her first charity gift was presented to the Phoenix Bowel Cancer Support Group for patients from the Fylde coast.

Diana’s cousin Brian Peet supports his wife Sandra who is recovering from bowel cancer. They are both members of the Phoenix Bowel Cancer Support Group and are delighted with Diana’s donation.

Diana, who until recently has lived in a campervan in New Zealand and is a self-confessed “adrenaline junkie”, wanted to give the money to the Phoenix group as she had seen how it affected Sandra.

Diana said: “I knew what Sandra had been through and I knew they had this group going.

“People go through hell so it’s good that the group is there for them.

“It’s nice to be able to help. I just wanted them to have enough money so they didn’t have to worry about fundraising. They do so much for people.

“The main thing the group provides is support. They’ll be able to go to really nice places now and it’s all thanks to Camelot!”

Sandra, a founding member of the Phoenix group which has been in existence since March 2015, said: “I just can’t believe it – the fact that Diana has thought to give us this donation is amazing. 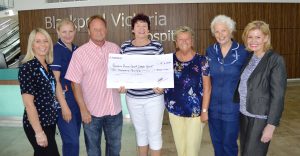 Diana De Gilio with her cousin Brian Peet (left) and Sandra Peet (right) with the cheque for £10,000 for the Phoenix Bowel Cancer Support Group

“It will make a big difference to the group as we are all volunteers. We have more than 30 members.

“Many people lose their confidence when they have bowel cancer and don’t want to leave the house.

“Now we can give them a reason to come out and do things. They will be supported and the money will help us to do that.

“It’s important for people to have something to look forward to.”

Brian said: “It’s wonderful. Diana is the sort of person who likes to go out and have a good time and she wants others to have fun as well.

“This gift is something special and it’s something for us to build on.

“We’ll put on some nice events for the group members and we’ll keep in touch with Diana to let her know how they go.

“I think Diana has been very generous in her first donation.”

Diana who has three daughters, seven grandchildren and seven greatgrandchildren and has worked in the UK as a carer on and off over the last few years, said she was hoping to do a ‘wing walk’ when she was in Blackpool but needed to have a certificate from a doctor as she was over the age of 65.

She said: “I’ll be back when I have my medical certificate! I love going on the rollercoasters at the Pleasure Beach. I base jumped 192 metres off Auckland’s Sky Tower for my 69th birthday!”

Diana bought her ticket from a tiny shop in the village of Great Massingham near Kings Lynn on May 26.

She is now planning to go on the holiday with her good friend Sandy Marsden who was with her when she bought the winning ticket.

Diana sold her house, her car and everything else she owned in 2001 to hit the road to tour New Zealand in her beloved campervan.

She said she enjoys life on the road and would not sell her campervan. However, she is looking forward to buying a house so she can take her personal effects out of storage. She also intends to buy new glasses and new teeth. 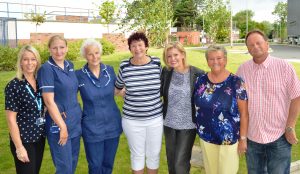 She said: “It still hasn’t sunk in. The thing I’m most looking forward to it taking my little boxes out of storage and looking at the photos of my girls again. It’s going to be like Christmas.”

Nicola Seymour from Blackpool, another founding member of the group, added: “I’m excited and overwhelmed by Diana’s generosity.

“I’m still in shock that someone from New Zealand who has won the lottery is doing this for us.

“We have people in the group who are very poorly so we will do something extra special for them.

“I don’t think Diana knows how much of a difference she is going to make to our members’ lives. It’s a massive thing.”

Debbie Procter, Colorectal Cancer Nurse Specialist for the Trust, added: “We are so grateful to Diana for her donation.

“We support members of the Phoenix group so we are delighted that they will be able to expand their activities and give people something to look forward to.”

For more information on the Phoenix Bowel Cancer Support Group go to the website: www.phoenixgroupbvh.co.uk or email: phoenixbvh@aol.com or call 01253 291919.