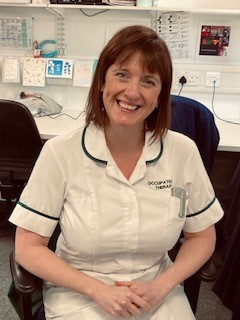 Helen Turner, Blackpool Teaching Hospital’s Rising Star has said it has been a ‘real honour’ to be recognised at the Trust’s Celebrating Success Awards.

Helen, who started her role as an Occupational Therapist in Critical Care last year, won praise from the judges after playing a transformational role in how critically ill patients are cared for. By developing a new service that implements information packages for patients and assessment tools for function, cognition and psychological issues, Helen’s work has improved support for some of the Trust’s most poorly patients through their recovery from illness.

Winning the Rising Star Award, Helen said: “We’ve made critical care less functional and taken a more humanist approach, thinking about the person and looking at other ways we can aid their recovery.

“We’ve introduced these new approaches to Critical Care and I think we have a nice rapport with the patients, and I know we feel valued by the consultants and nurses.

“It was a real honour to win the Rising Star Award. Great to see that hard work is recognised. But you don’t win this award on your own, this is an award for my managers, the people on my team and also the multi-disciplinary teams within Critical Care.”

The other shortlisted members of staff in the Rising Star category were Tariq Kulkhan and Stacie Johnson,

Tariq is a bank colleague who has taken on additional roles as an administrative team lead and finance officer, while also working closely with the cancer alliance network.

Stacie, a staff nurse on Ward 10 has worked in respiratory for the past ten years, working her way up from a HCA to being a valued member of the team.