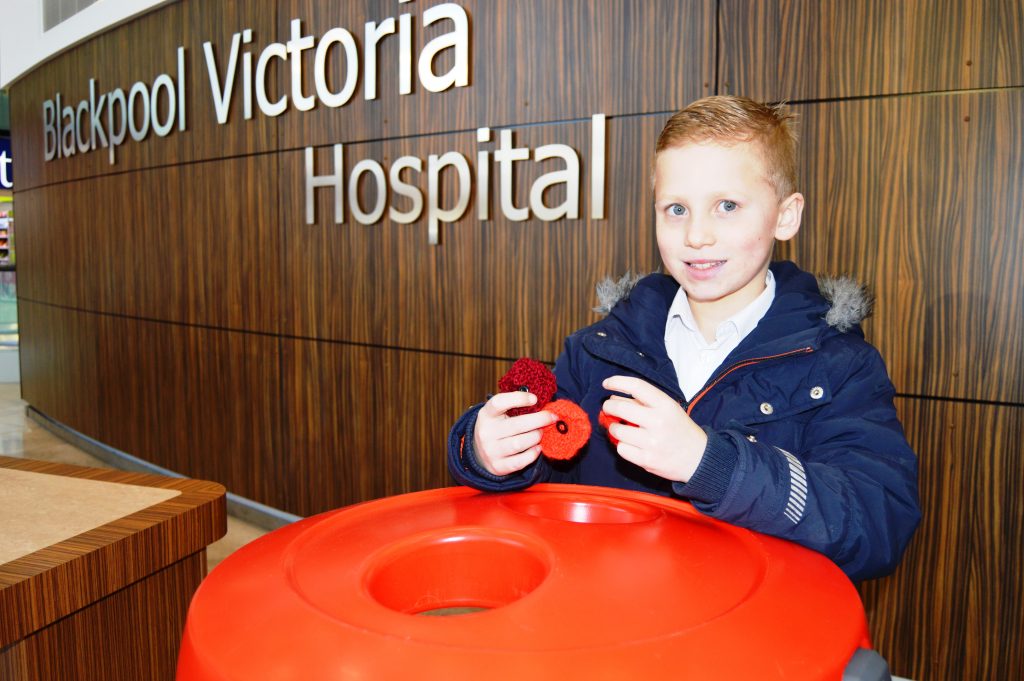 A POULTON schoolboy is the first child to knit poppies as part of a hospital campaign.

Marley Booth, 9, is backing Blackpool Teaching Hospitals NHS Foundation Trust’s #TheGreatBTHKnit which aims to have 30,000 knitted or crocheted poppies donated for a unique art project to mark the centenary of World War One.

Marley said: “I overheard my mum mentioning something about making poppies after she saw a post on Facebook.

“It was fiddly at first, but I’m happy with how they turned out.”

Marley, who is a pupil at Breck Primary School, has now made three poppies and is aiming to make more.

Luckily, the Unison representatives at Blackpool Victoria Hospital were able to give some wool to Marley to help him carry on. 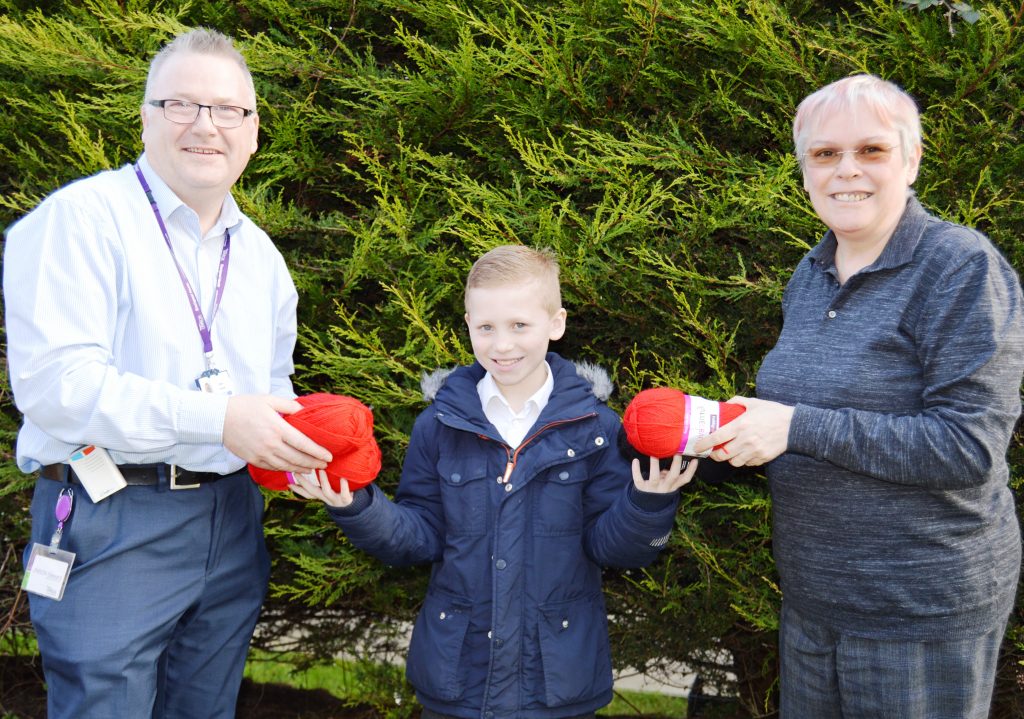 Unison Learning Rep, Jane Eyre, who helps fund #TheGreatBTHKnit and Natter sessions at Blackpool Victoria and Clifton Hospitals, said: “It was lovely to meet Marley and great to see the younger generation learning to knit and get involved in such a great cause. He should be an inspiration to his peers.”

Marley was inspired to get involved to remember those who died in conflict, as his step brother has just joined the army, aged 17.

And such is Marley’s enthusiasm for making poppies, he is joining the knitting club at school and teaching his mum Angela how to knit too.

Marley added: “I’m going to make more poppies. I’d like to make about 12.”