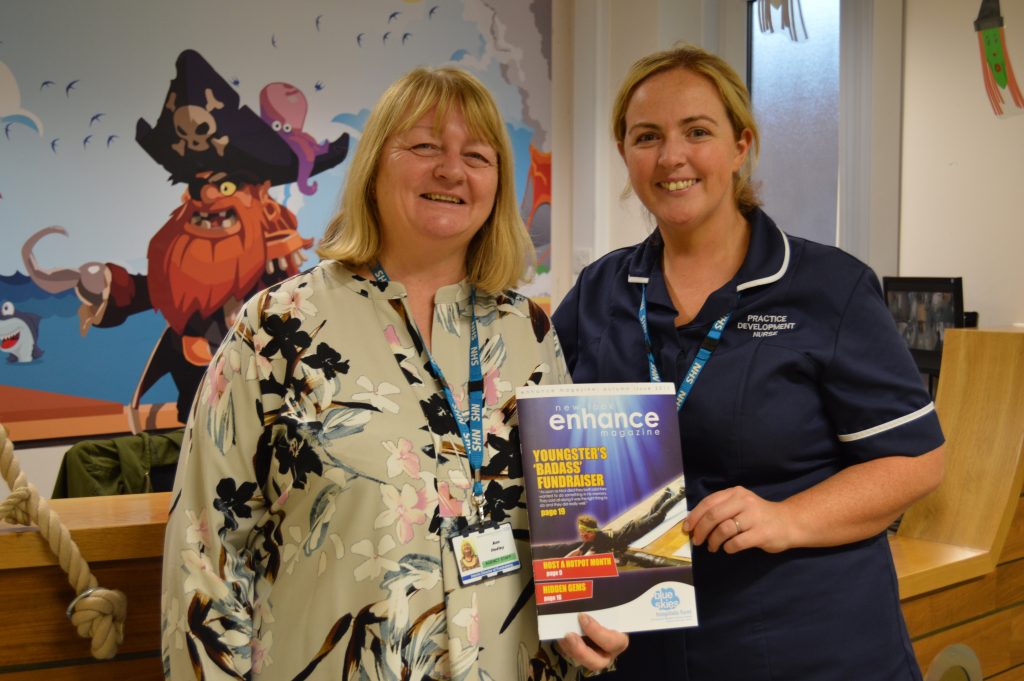 A hospital charity has bought much needed children’s monitors thanks to two popular events.

Part of a special Blue Skies fundraising month, the events were well attended and raised thousands for the charity.

Blue Skies are now able to purchase 10 Masimo Pulse Oximeter monitors which measure the heart rate and oxygen saturation levels of the children which are fundamental requirements when nursing sick children in hospital.

The Masimo monitors will slowly replace the old monitors currently being used.

Paediatric Practice Development Sister, Louise Paramel, said: “The old monitors would not always record a true reading, therefore alarming if the patient moved, if there was low perfusion in the child or even adjustment to lighting or electrical disturbance could potential alter a reading.

“As you can imagine when nursing children it is difficult to restrict their movement especially if they are unwell so the fact that the new monitors allow this makes such a difference and also allows us to pick when a child deteriorating.”

Interim Head of Fundraising, Ann Hedley, said: ‘Staff on the Children’s unit are always fundraising to better the service that they provide.

“It is wonderful to support them in providing enhanced equipment with the potential to save lives.

“It’s because of all the people that took part in the Blue Skies Month events and their supporters that we’re able to do this and just proves the strength that our community has.