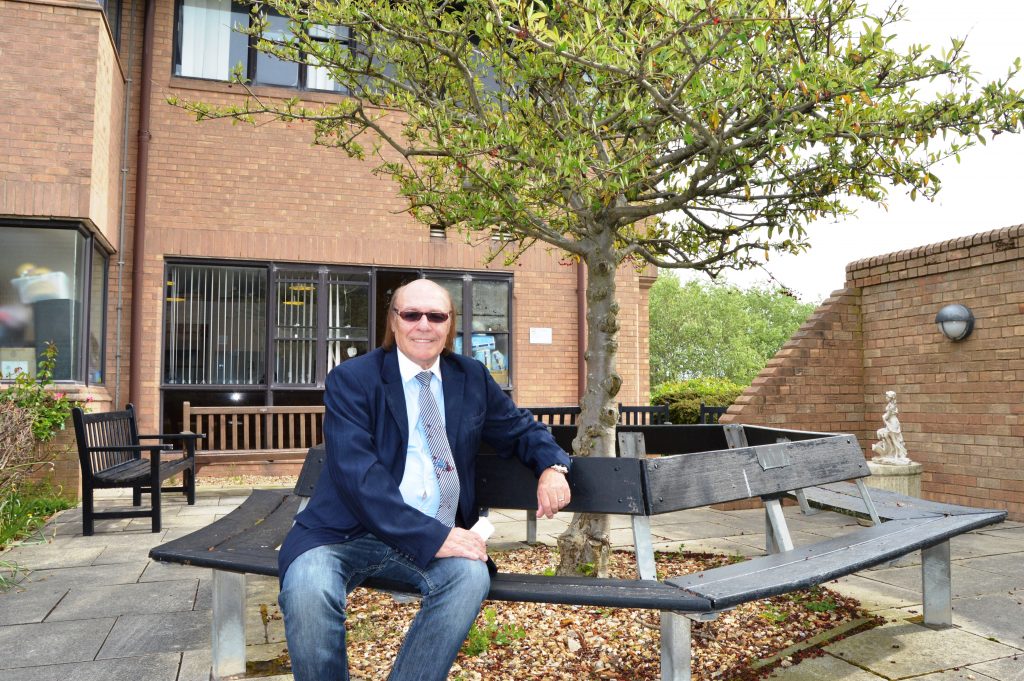 Mick, who lives in Poulton and regularly travels across the world to put on comedy shows, played football for the same team as Stan.

He said Stan was most famous for the part he played in the 1953 FA Cup Final when Blackpool beat Bolton 4-3. The match became known as the ‘Matthews Final’ despite the fact that Mortensen was the only player ever to score a hat-trick in the Cup Final.

At the opening of Clifton Hospital’s Dementia Carers’ Day on Thursday, May 19, Mick said he was devastated when he heard that Stan had Alzheimer’s Disease in his later years. Stan, who was also a Blackpool FC manager and was one of just a handful of players to be inducted into the club’s ‘Hall of Fame’, sadly died in 1991.

Mick said: “Stan was a legend. I used to be a professional footballer and played for Port Vale. We were both at some stage signed by the great Stanley Matthews.

“Stan had dementia before a lot of people really understood what it was. I’ve known a lot of footballers and celebrities who have had dementia.” 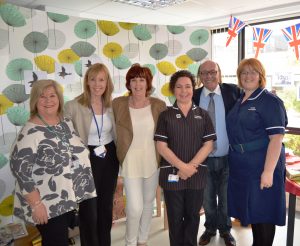 Mick, who recently appeared on BBC1 in an episode of ‘Car Share’ with his friend Peter Kay, said he was supporting the ‘Peace of Mind Appeal’ to enhance care for dementia patients. The appeal is being run by Blackpool Teaching Hospitals NHS Foundation Trust’s charity – the Blue Skies Hospitals Fund.

Mick said: “It’s a great cause and it’s fantastic that Clifton Hospital has events like this.

“It’s nice that people come and give their time. There are lots of volunteers and there is a great team here. I’ve been here a few times to visit friends.”

During his visit to the hospital Mick and appeal supporters Brenda Blackshaw and Yvonne Ball, helped to judge a competition for the best dementia awareness ward display and he donated some of his comedy CDs to the Peace of Mind Appeal raffle.

Staff put a huge amount of their own time and efforts into the dementia awareness event. 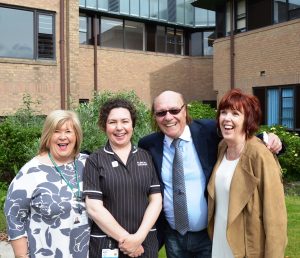 Many different charities, organisations and businesses had stalls at the event. Blackpool and the Fylde College sent along hairdressers to create vintage styles and a choir performed for the visitors.

Mick, 66, now spends up to six months of the year touring with his comedy shows and does a mixture of traditional and ‘alternative’ comedy gigs.

He said he and his good friend Bobby Ball are hoping to put together a show to raise funds for the Peace of Mind Appeal.

He added: “We would love to put on a show for this marvellous appeal.”