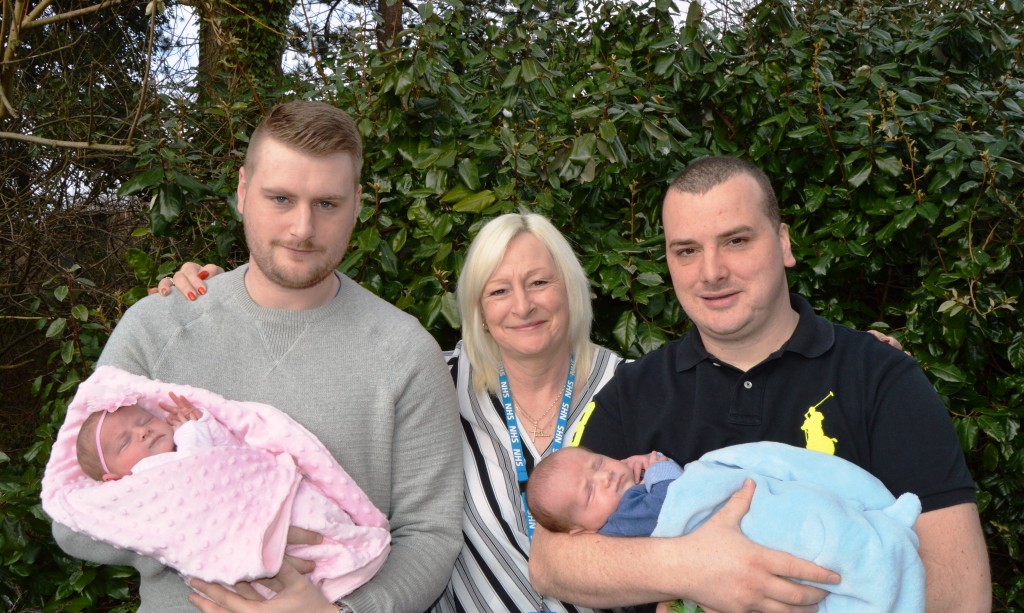 Two brothers who work at Blackpool Victoria Hospital are celebrating after their partners gave birth within a couple of days of each other.

Henry weighed 6lbs and 10.5oz when he was born and Millie weighed 7lb and 3oz.

By another coincidence, both mums had found out they were pregnant on the same day and they were in labour for the same amount of time.

Philip, 30, who has worked as a porter at the hospital for ten years, said: “We’ve hit the jackpot really. There’s just four days and one minute between Henry and Millie.

“Henry is our first child – we’d been trying for three years.

“The staff in the hospital have all been really good. They were all very kind and took time to explain things to us. They were awesome.”

Matthew, 27, who has worked as a kitchen porter in the hospital restaurant for seven years, said: “We didn’t plan to have children at the same time – it just happened.”

Their mum, Debbie Brearton, who works as the hospital’s Bereavement Office Manager, said: “I think Henry and Millie are just adorable. I’ve been saying I would love a grandchild for years but I didn’t expect two at once.

“I’m delighted they have arrived together. A boy and a girl – it’s the cherry on the cake!”

Rachel, who works as a radiographer at the hospital, added: “We’ll all be spending a lot of time together.”