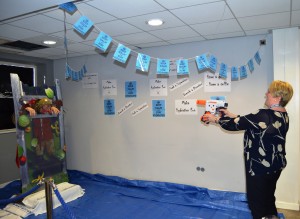 Members of staff soaked a manager in the stocks to raise money for a hospital charity as part of a national awareness week.

Nigel Fort, Associate Director for Facilities for Blackpool Teaching Hospitals NHS Foundation Trust, volunteered to go in the ‘stocks’ at Blackpool Victoria Hospital’s staff and visitors’ restaurant during Nutrition and Hydration Week from March 14 to 18. Staff raised money for the charity by paying to squirt Nigel with a water gun. 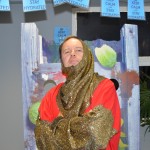 Nigel Fort before his soaking

Patients at Clifton Hospital met hostesses from ‘Funny Girls’ nightclub in Blackpool as part of the awareness week. Waitresses, Joanna and Ella, poured healthy cocktails at a Caribbean-themed party for patients.

Footballers from Fleetwood Town FC also visited patients at Clifton Hospital and chatted with them at a special tea party.

Throughout the week hospital executives and directors visited wards to serve lunches or be part of the worldwide event.

Nutrition and hydration awareness events were promoted in the hospital’s restaurant as well as staff and visitor quizzes on the colour of urine using a ‘pee chart’. Bottles of water were also handed out to visitors.

Prizes were awarded to staff who won competitions including Most Innovative Idea to Support Patient Hydration, Best Nutrition and Hydration Ward Display, Most Improved and Sustained use of Malnutrition Universal Screening Tool (MUST) and Cake Bake Competition – Cupcake; Large Cake; Tray Bake/Biscuits.

Darren Cadwell said: “The effort that has gone into the cakes is fantastic.

“We’ve had a great turn-out and the quality has been superb.”

Staff members donated the cakes they had entered into the competition to be sold to raise money for patient care relating to nutrition and hydration. 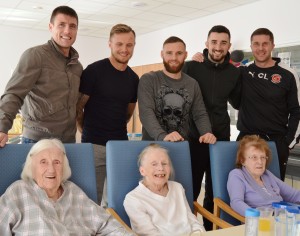 Most Improved and Sustained use of MUST (Malnutrition Universal Screening Tool) went to Ward 3 at Clifton Hospital.

The award for Most Innovative Idea to Support Patient Hydration went to the Trust’s Speech and Language Therapists.

The Trust’s Patient Experience volunteers visited wards to carry out a ‘patient spot audit’ on the subject of nutrition and hydration. This information will be sent to ward managers and matrons.

Cakes were delivered to wards at approximately 2pm on Wednesday, March 16. The Trust’s catering department supplied the cakes as part of a worldwide afternoon tea event.

Organisers devised a crossword and word search for patients to complete with visitors or staff. 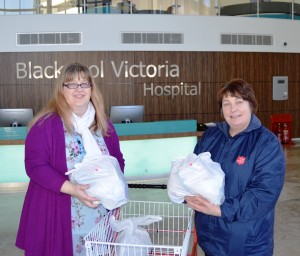 Blackpool Salvation Army made up food hampers, each containing meals for three days. These were given to patients in need who were being discharged from hospital.

Below are the winners of the raffle:

The winners can pick up their prizes from Jo Benson in the First Floor Offices in the Main Entrance of Blackpool Victoria Hospital or call 01253 953359.

A total of £751 was raised from the Nutrition and Hydration Raffle and £67.43 was raised through the Cake Sale and Donations.