Blackpool Teaching Hospitals has addressed a recruitment shortfall in healthcare science roles by pursuing local candidates through a successful apprenticeship scheme which has just seen its first graduates employed by the Trust. 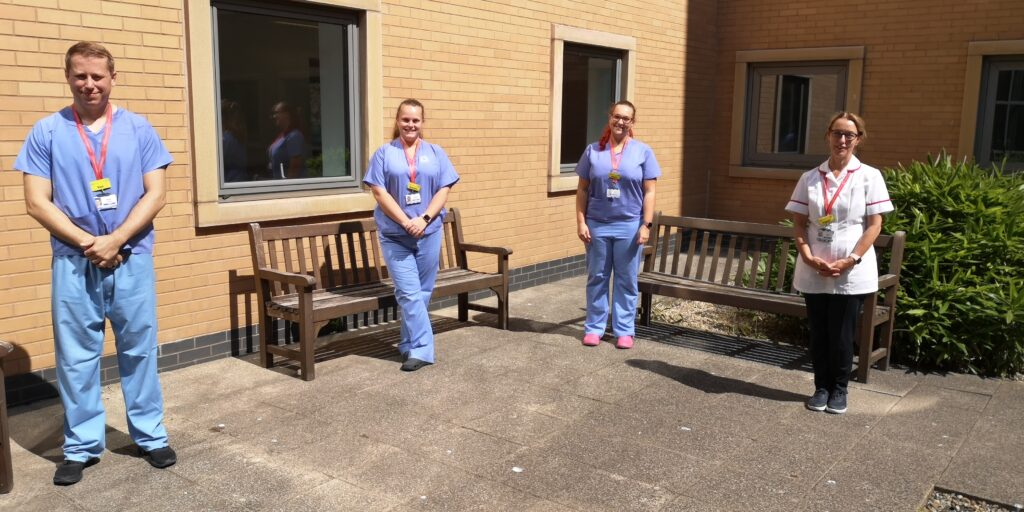 Natasha Bentley and Nicole Clews, both Blackpool residents, have been rewarded for their hard-work and dedication with a First-Class BSc (Hons) in Healthcare Science Cardiac Physiological (Apprenticeship) Degrees after a three year apprenticeship at Manchester Metropolitan University. The pair will now begin their careers as qualified cardiac physiologists at Lancashire Cardiac Centre within the Trust.

Angelic Goode, Cardiac Investigation Manager at the Trust, is delighted to see Natasha and Nicole progress to a role within a specialism which is traditionally hard to recruit into and one where previously candidates would have had to pay for their own studies with no guarantee of a job, and very little on-the-job experience of the role.

“Healthcare Science workforce is small in terms of employees in the NHS and Cardiac Physiologists profession is more specialised with fewer in the workforce” said Angelic.

“We have problems with recruiting our profession into the workforce as students self-fund their degree, so they spent three years attending university with only weeks in a hospital setting. Many hadn’t actually experienced what the role entails, so they qualify and then try and find a job without the relevant experience. Once they come into the service, they then need to complete a preceptorship programme and some people really aren’t suited.”

Thanks to the apprenticeship scheme the of which Trust currently has a further eight candidates studying, as well as receiving crucial practical experience at the renowned Lancashire Cardiac Centre. Dan Crook, Training Manager in the department, who has helped train the candidates on site is hopeful that pulling in local recruits will help retain the staff for the future.

“I think it is a great opportunity,” he said. “The workforce isn’t growing fast enough so by providing the apprenticeship scheme and attracting people at the beginning of their career hopefully we can hold on to them.

“One of the main benefits is that people are getting a degree that is being funded by the government and they are hopefully walking into a job at the end of it.”

The hope is that now the students have had the opportunity to commence a career at their local hospital, they will put down their roots and won’t be enticed to the bigger cities.

“Blackpool is geographically remote, we are not a city and we can’t attract some candidates because of our location. The long-term benefits will be that if we can grow our own, they stay loyal to the department, and become our workforce of the future” Angelic continues.

“We really want to attract Lancashire lasses and lads to come through this competitive training programme and become part of our fantastic team.”

Speaking on behalf of the graduates, Nicole was delighted to commence her career at the Trust.

She said: “It makes me proud to work at my local hospital in Blackpool, especially at the Lancashire Cardiac Centre. It is known all around the north west as being the best and it is a great place to work.

“The course was challenging at times with a lot of travelling into Manchester, but it was definitely worth it. You get your hands on experience and you know what it is that you are learning, rather than just the theory you get to see it in action as well.”