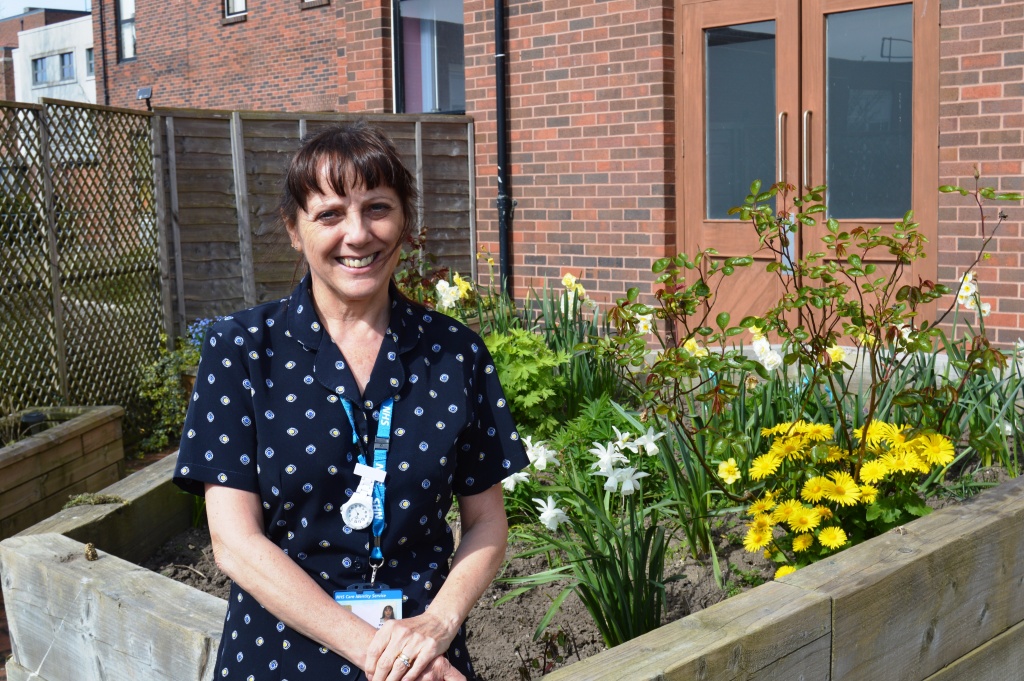 It was second time lucky for hospital ward clerk, Mandy Gibson, who reached the summit of Mount Kilimanjaro after being defeated by altitude sickness on her first attempt.

Mandy, who lives in Layton in Blackpool and works at Blackpool Victoria Hospital, climbed 19,341ft to the summit of Africa’s highest mountain with her husband Hugh.

They decided to do the climb for the Blue Skies Hospitals with all money raised going to the Stroke Unit where Mandy works.

Mandy first attempted to climb Kilimanjaro 14 years ago when she was working for a hospital in Ayrshire in Scotland. Unfortunately, she suffered severe altitude sickness and didn’t reach the summit. However, on her second attempt in March, Mandy completed the gruelling climb with Hugh.

The pair did the seven-day climb starting on March 14 accompanied by two guides, a cook and eight porters and raised more than £400 for the Stroke Unit.

Mandy said: “We wanted to do it ourselves and we also wanted to raise some money for the Stroke Unit while doing it. 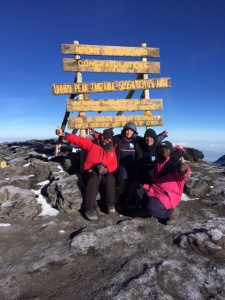 Mandy and Hugh with their guides at the summit of Kilimanjaro

“It was gruelling but I got to the top this time! It was very emotional and exciting to reach the summit.

“I was very proud of Hugh. The climb hit him hard and at one point he felt as if he couldn’t go any further. He did make it to the summit but it was pretty intense. The fact that he got up there was impressive. We were both relieved that we had made it but the climb down was agony on the knees.”

“We could never have made it without the support of the wonderful team from Chief’s Tours Moshi!”

Mandy’s somewhat unconventional training regime consisted of walking to and from work, walking approximately five miles each day around the hospital site as part of her job and walking in her local park.

She said: “My favourite bit was scrambling on the Barranco Wall. It was a real highlight for me because I love scrambling. The adrenaline was pumping.

“We started off in the rainforest and climbed up to an alpine desert. The landscape was tremendous.

“We were privileged to see the glaciers as the ice is melting and it probably won’t be there in years to come.”

Mandy has now set her sights on climbing to the Everest base camp. 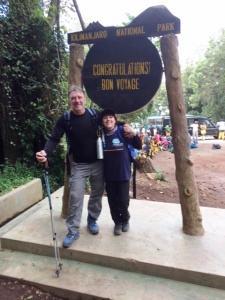 Mandy and Hugh at the end of the walk

She said her colleagues on the Stroke Unit were all very proud of what she had achieved and they had contributed to her fundraising activities.

“I’m glad I had the sponsors as the thought of them kept me going,” she added.

Ann Hedley, Interim Head of Fundraising for Blackpool Teaching Hospitals, said: “I really do appreciate what Mandy and Hugh have been through as I myself suffered altitude sickness on the very same route.

“It’s a phenomenal achievement and to commemorate that by supporting the charity and in particular the stroke unit is just selfless. They should be very proud of themselves and I know that our patients and staff will benefit greatly by all their efforts.”