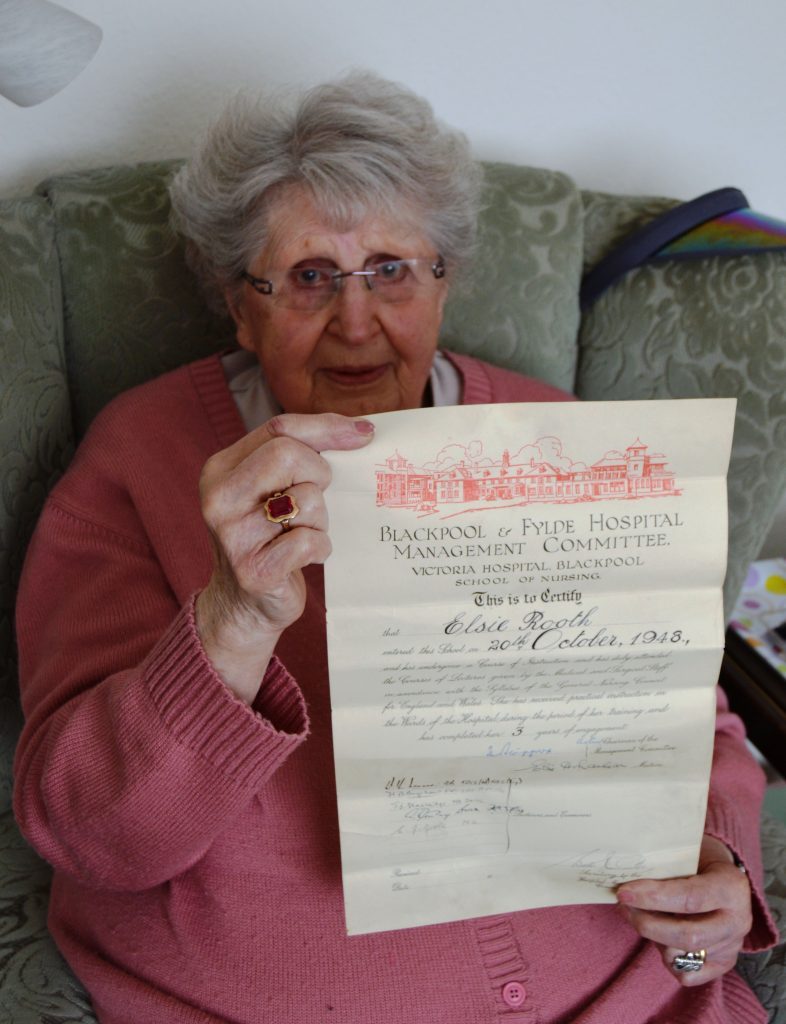 Elsie with her certificate

There aren’t many people who can say they started their nurse training in 1948, but Blackpool’s Elsie Rooth, 93, is one of them. And she has the certificate to prove it!

Originally from Oldham, Elsie was one of the first student nurses to work at Blackpool Victoria when the National Health Service was introduced in 1948.

She said: “There was no big celebration when the NHS came into being. Nothing really changed. It all happened gradually.”

She was in the anti-aircraft division in the air raids of London.

Once her unit had been demobbed, she applied to Blackpool for training as she knew it was a modern hospital having been built in 1936. 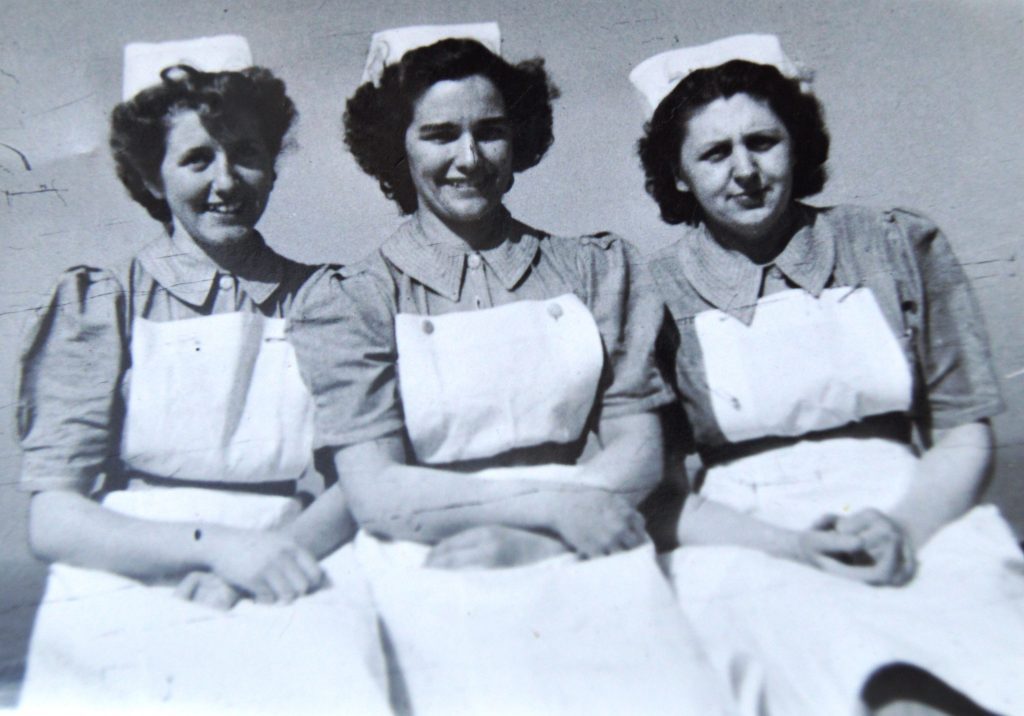 Elsie (far right) with a couple of colleagues

She said: “I was accepted onto the training and lived in Whinney Heys Farm. In those days, you could walk from the hospital’s annexes to the Plough at Staining.”

The matron of the hospital then was Miss Elsie Maclean. She was very strict, but did allow the nurses to wear lipstick and powder. Back then, student nurses wore a green uniform with natural stocking and brown shoes. Only staff nurses were allowed to wear black stockings and shoes.

Elsie said: “The second and third year students lived in either in Bluebell or Primrose annex or in rooms above the main entrance. Matron lived there too. It was only a small hospital then with ten wards, four annex wards a children’s ward and a private patients’ ward and at the end of the main corridor, a door opened to the tennis courts.”

No visitors were allowed to the nurses’ accommodation, but late passes were granted by matron. Second and third year students learned to climb out of windows of their annexes and get keys cut.

Back then, nurses were the workforce – there were no assistants. Student nurses spent two days a week on the wards and the rest in nursing school for three months. Wards were staffed by first, second and third year students with a staff nurse and a sister.

Elsie said: “The sisters were the best tutors – we learned so much from them. There were no nurses’ stations then. All our shifts were spent on the wards – we never moved. There was always something to do, from bed baths to just chatting to the patients.”

The introduction of the NHS came in gradually. One month Elsie was paid by the hospital board and the next by the NHS. Her wages were £7 a week.

She continued: “It had been a rough time during the war and rationing was still in place for certain items in 1948. Once people realised that they could get free teeth and glasses, there were people who had never been to a dentist in their lives suddenly booking appointments. Some were getting not just one pair of glasses but two. People were going berserk. This started to creep into the hospital.” 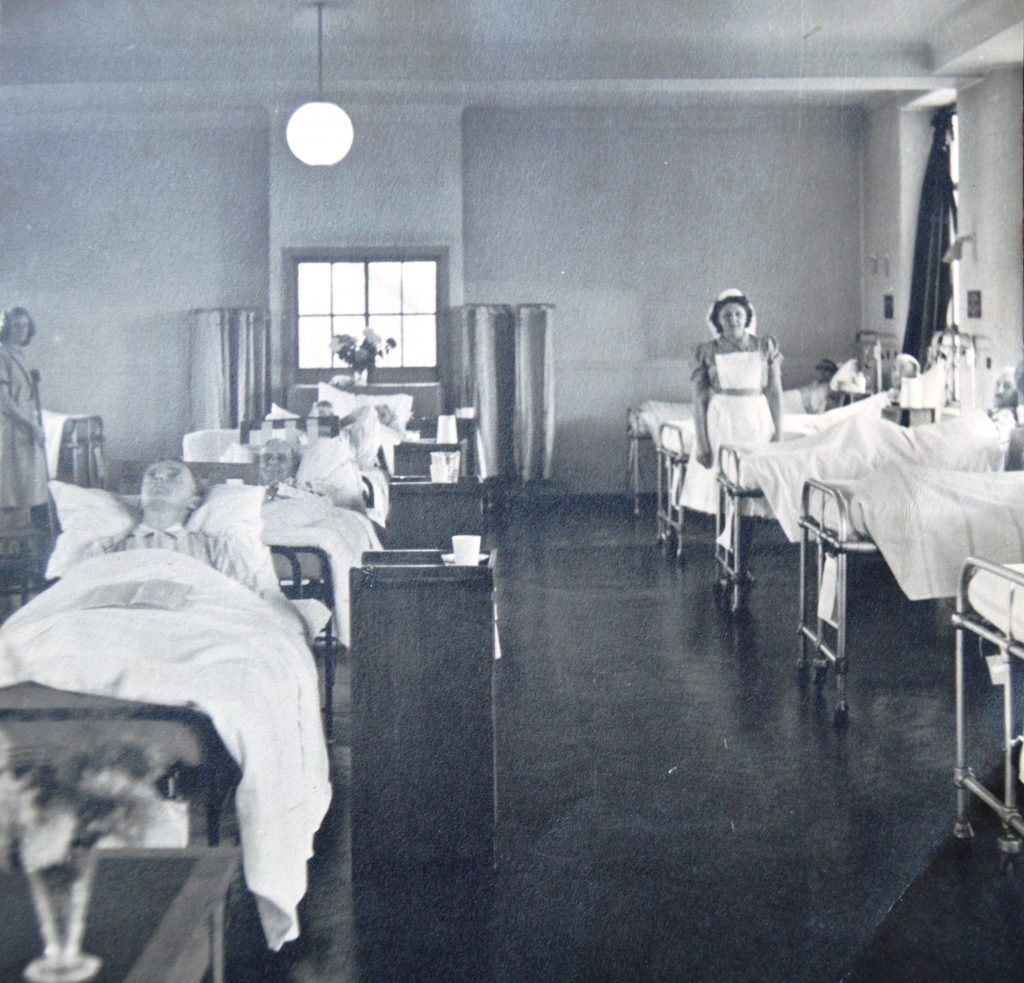 Before the NHS, bandages were made in the hospital’s sewing room. Bandages were washed, sterilised and reused.

Elsie said: “With the NHS came crepe bandages. It seemed criminal to just cut them off down the middle and throw them away. There was such a lot of waste.”

After Elsie qualified at Blackpool Victoria, she spent many years on the district nursing team, eventually becoming a Sister and a Queen Victoria District Nurse, known as a Queen’s Nurse today.

She said: “I used to work my designated area which was Talbot Road down to the Prom and back up Church Street.

“We got to know our patients and their families really well. We would go in and get people washed and dressed, sometimes even made breakfast for them. In the evening we would return and get them back in bed. We weren’t only nurses, we were social workers.

“Eventually we introduced a twilight shift. Of course we had far more hospitals then such as Fleetwood, Wesham, Rossall and Devonshire Road, so people were not short of health care.

“One the NHS took over, we started to get assistants and the job gradually changed over the years. Male nurses were also introduced to the nursing staff, but they were only allowed to be Mental Health nurses then. They had to have some nursing experience and a few had been in the Medical Corp. None of them were young though, they were mostly in their 30s.”

Elsie retired in the 1980s with more than 40 years’ service.

She added: “I always wanted to be a nurse and it was a happy time of my life. Even now, I remember some of the child patients from my training days and what happened to them.

“Being a nurse isn’t just a job, it’s a vocation.”