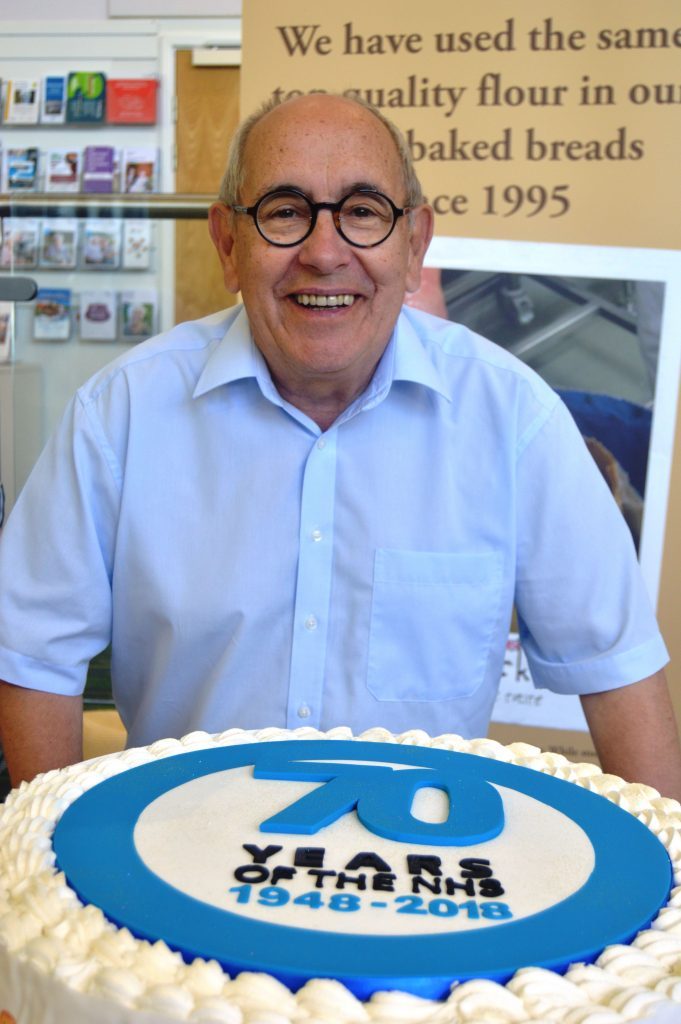 Surgeons at a Blackpool hospital used the lining of a cow’s heart to save the life of Coronation Street favourite, Malcolm Hebden, who plays street busy-body Norris Cole.

Malcolm 78, suffered such a large heart attack it blew a hole through his heart leaving him critically ill and facing a real fight for survival.

He was rushed to the Lancashire Cardiac Centre, based at Blackpool Victoria Hospital where cardio-thoracic surgeon, Mr Joe Zacharias, performed the delicate, but ground-breaking procedure.

Surgeons saved his life by using part of a cow’s heart to patch up the hole prior to him spending weeks in Intensive Care.

For the first time, Malcolm has spoken about his illness in order to thank the staff and the two Lancashire hospitals that treated him.

He said: “I had been feeling under the weather for a while, but I put my lethargy down to my age and being busy at work.

“I went to see my GP last December, who suggested I have an electrocardiogram (ECG– a test that can be used to check your heart’s rhythm and electrical activity) and didn’t think anything more of it.

“Once the results came back a couple of days later, the GP rang me to say I had had at least one heart attack and that there was an ambulance on its way to take me to Royal Blackburn Teaching Hospital’s Emergency Department. It was a shock as I hadn’t had any pain at all or any history of heart problems.”

Malcolm doesn’t remember a lot of what subsequently happened, but Blackburn decided Malcolm needed more specialised care and he was transferred straight to the Lancashire Cardiac Centre, based at Blackpool Victoria Hospital, under the care of Cardio-thoracic surgeon, Mr Joseph Zacharias.

Mr Zacharias said: “Malcolm presented with a heart attack on top of a chest infection.

“It was such a large attack that it blew a hole in his heart between the left and right side.

“This led him to be very sick as both sides of his heart struggled.

“We rushed him to theatre where we used the lining of a cow’s heart to patch the area of the heart attack to stop the mixing of blood and help improve the heart function.”

Following the surgery, Malcolm was unconscious for three weeks and his family and friends advised that he may not pull through.

Mr Zacharias said: “As he was very ill, it took him some time to get over the combination of his chest infection, heart attack and major surgery and so spent a few weeks in Intensive Care. 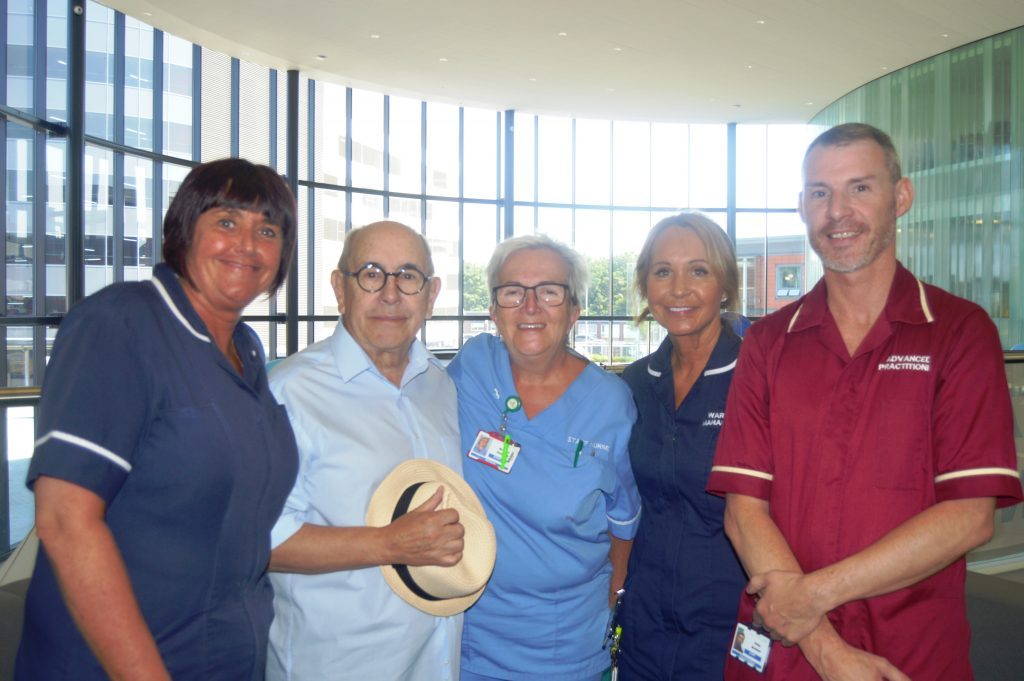 Malcolm with some of the Cardiac team who cared for him in the Lancashire Cardiac Centre, Blackpool

“A large proportion of patients with this condition do not survive to leave hospital and so Malcolm has been a real fighter to get through.”

Malcolm was moved to a side ward to recover in private as being so recognisable; staff didn’t want him to be disturbed by other patients. Malcolm said: “My treatment was exemplary – they saved my life.

“My friends and family were allowed to ring the ward day or night which was such a comfort to them. The staff could not have been more helpful.”

As Malcolm stabilised, he struck up relationships with some of the staff, especially in the wee small hours.

He said: “The nurses and health care assistants were so kind and we’d get chatting about allsorts – it was almost fun.

“They had to carry out some very personal duties on me. I asked a young nurse why she was doing what she was doing. ‘It’s called caring’ she replied.

Once well enough to be transferred in January 2018, Malcolm recovered back at the Royal Blackburn Hospital where he was discharged in February. He has been recuperating at his home in the Ribble Valley ever since. Friends from the Coronation Street cast have been popping by to check on his progress. 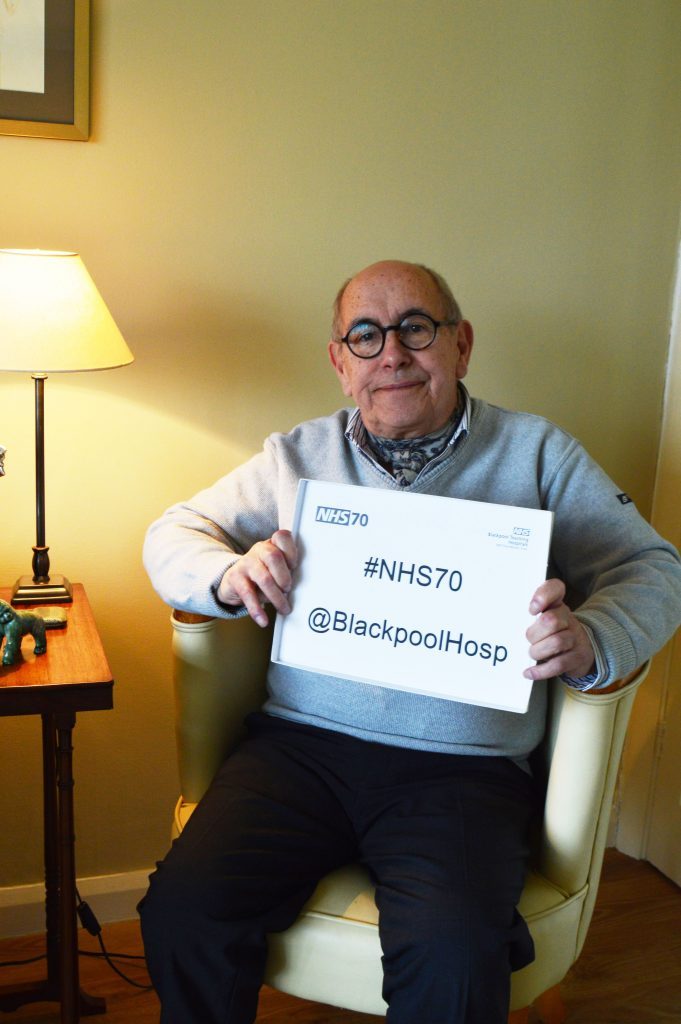 Malcolm started studying acting at 28 years old at London’s Rose Bruford Drama School, before starting a long career in theatre including being associate director to Sir Alan Ayckbourn. Despite a two year gap, Malcolm has played popular character, Norris, on the Street since 1994.

“The NHS is the pride of the world,” Malcolm added, “I don’t think there is anything that either hospital could have improved on. They did their more than their best – I’m still here.”