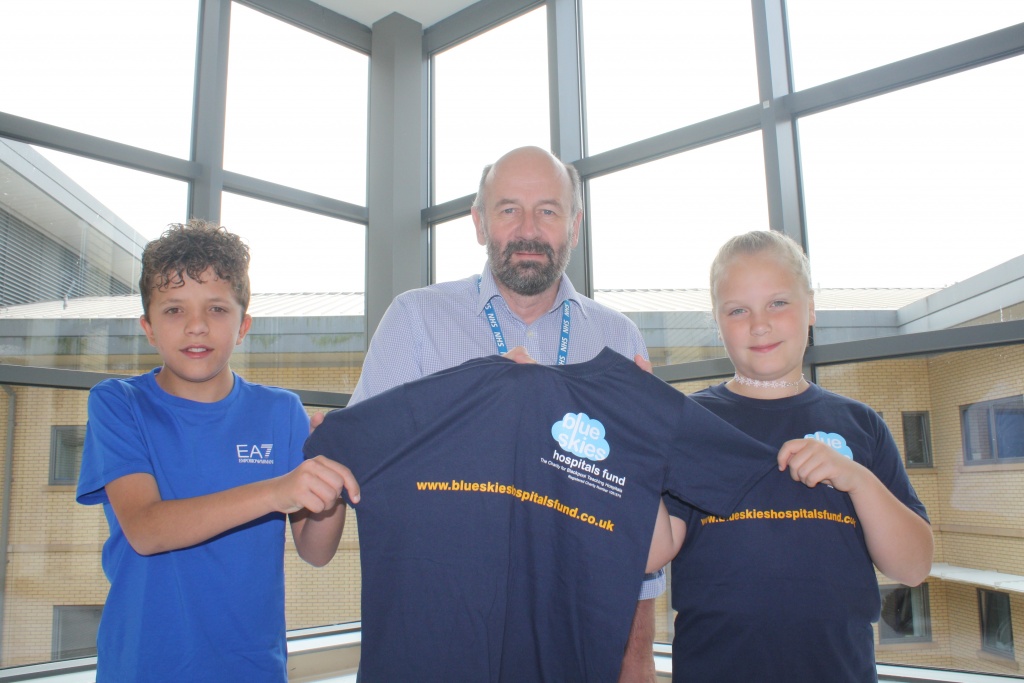 Two Blackpool youngsters braved the toughest of conditions to raise money for charity in memory of their late stepfather who died at the age of just 39.

Brayden Camm, 13, and his nine-year-old sister Libby took part in a Junior Tough Mudder extreme assault course event near Lancaster and raised more than £1,200 in memory of Nicholas (Nick) Wood who sadly died in February this year from a heart condition after picking up a chest infection. He was due to have treatment for the condition but sadly died in the Intensive Care Unit at Blackpool Victoria Hospital.

Brayden and Libby said they wanted to do something in memory of Nick and took part in the event to raise money for the Heart of Gold Appeal run by Blue Skies Hospitals Fund, the charity of Blackpool Teaching Hospitals NHS Foundation Trust.

The pair handed the money to Mr Andrew Duncan, Consultant Cardiologist, who thanked them for their efforts.

He said: “This is a fantastic amount of money and we are really, really grateful to Brayden and Libby. All the money is put back into care for cardiac patients and we will make sure it is put to good use.’’

Mum, Kelly Abraham, said Nick would have been extremely proud of the pair.

She said: “As soon as Nick died they both said they wanted to do something in his memory. They said all along it was the right thing to do and they did really well.

“Nick would have been so proud of them. They have raised so much money and it is still coming in.’’

Lauren Codling, Community Fundraiser for Blue Skies Hospitals Fund, said: “It is wonderful to see Libby and Brayden doing something so brave in memory of their stepfather.

“We are extremely grateful for their support and such a fantastic total which will make such a difference to the unit.”