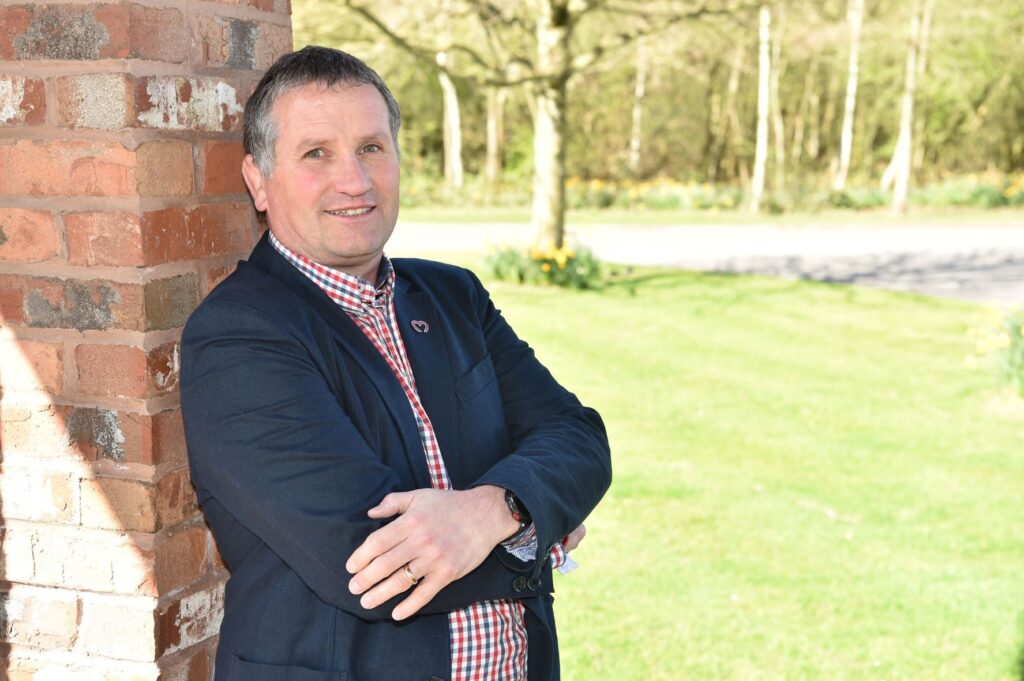 More than 870 people have already benefitted from ground-breaking medical treatments trialled at the PRC in Blackpool. Here, one of them shares his experiences, to mark this year’s International Clinical Trials Day (ICTD) on May 20.

Robbie Jones’ life changed in a heartbeat in 2018. The father-of-two, head of physical education at an independent school and a former rugby player, was diagnosed with dilated cardiomyopathy.

Sparked in Robbie’s case by a viral infection, it causes the heart chambers to thin and stretch and grow larger, making it harder for the organ to pump blood to the rest of the body.

Ejection fraction (EF) is a measurement, expressed as a percentage, of how much blood the left ventricle of the heart pumps out with each contraction. Robbie’s dropped to around 18 per cent with devastating consequences for his health. He says: “I was in very severe heart failure.

“My lungs were filling with fluid which meant basically I couldn’t breathe. Laying down in bed I would start choking.

“I was in a bad way, and it really was a terrible shock, having been so fit before all this happened. Having never been really ill before, I probably didn’t realise just how sick I was.”

Discharged from Blackpool Victoria hospital after treatment, Robbie, a hooker in his rugby playing days with the world-famous London Welsh club, was very limited in what he could physically do. He says: “I really couldn’t walk 200 yards before being really fatigued.”

A fortnight after leaving hospital he received a phone call from a research nurse from Blackpool Teaching Hospitals NHS Foundation Trust’s Clinical Research Centre asking if he would like to take part in a trial for a new drug,

The centre, based at Blackpool Victoria Hospital, now includes one of the country’s five National Institute for Health and Care Research (NIHR) Patient Recruitment Centres (PRCs).

They were launched in the National Health Service (NHS) to work collaboratively and innovatively to make it easier and quicker to deliver commercial research in the UK.

More than 870 people have already benefitted from ground-breaking medical treatments trialled at the PRC based in the hospital since its launch 18 months ago.

Robbie, from Lytham, was asked to take part in a programme trialling the drug Omecamtiv mecarbil, aimed at treating people with severe heart failure.

His family, including wife Michelle, a PE teacher, were not convinced it would be the right thing for Robbie at first.

He says: “They were not so sure, so I called up a friend who is a cardio anaesthetist at the hospital and it turned out he had put my name forward for the trial.”

He adds: “I had to match the criteria to go through to the trial of the drug, which looks to improve heart capacity. Once you begin the study, you don’t know if you are taking the medication or a placebo.”

Robbie’s condition began to improve soon after the trial began. His EF rose to 35 per cent and while the trial ended in 2020, it has continued to rise and is now at around 48 per cent.

He says: “I’m able to do things like go and walk the dog, which is great. While I’m still limited in what I can do, I’m managing the condition much better. I still have good and bad days and you have to pick your battles.”

Robbie believes the attention to detail and close monitoring he received throughout the trial also helped him as he looked to cope with his condition.

He says: “I found it really comforting, how often I was seen and assessed, and all the screening that took place.

“I believe it really helped me psychologically to deal with all of this. As a result, I’m very much an advocate of medical trials.”

Robbie, who also received a lot of support from the charity Cardiomyopathy UK, is now looking at getting involved in other trials and studies being held by the NIHR and the Blackpool Trust, including one that will examine the effects medication for cardiac conditions have on patients’ kidneys.

He says: “I feel very positive about the whole experience, it was also good to feel you were helping other people in the same situation and that down the line there could be a treatment to really help.”

International Clinical Trials Day (ICTD) commemorates the day when James Lind started his famous clinical trial on scurvy on May 20, 1747, and laid the foundations for modern clinical research.

It is organised by the European Clinical Research Infrastructure Network (ECRIN), a not-for-profit intergovernmental organisation which supports multinational clinical trials across Europe.