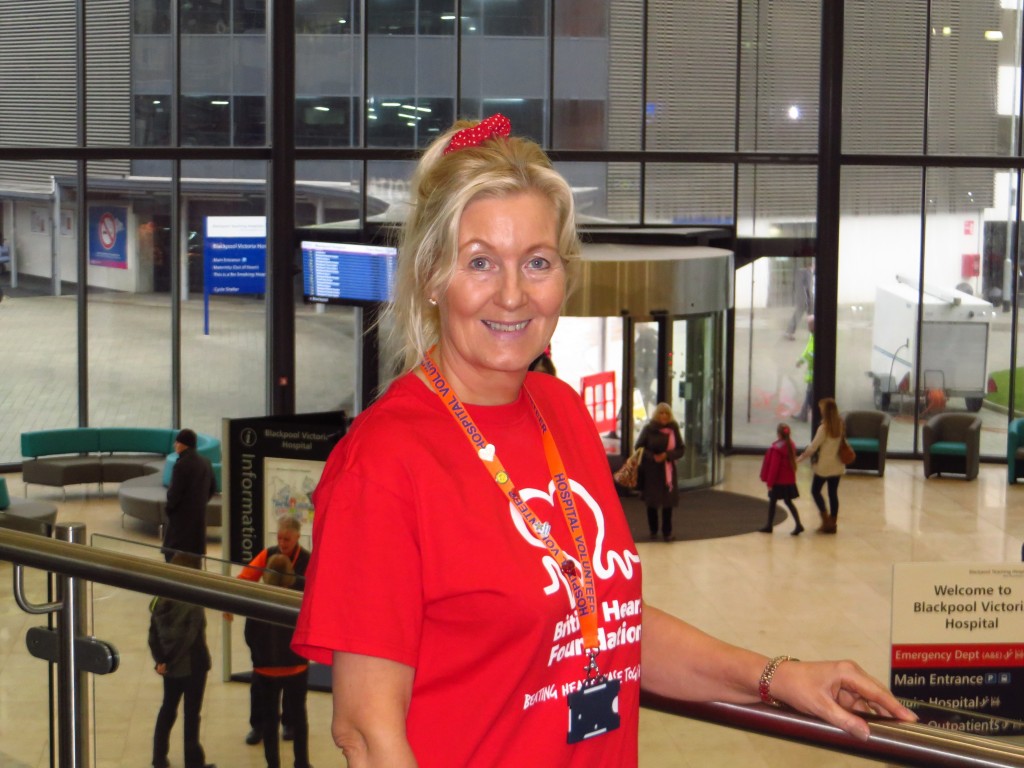 A grateful heart patient raised funds for cardiac care a year to the day when she underwent major surgery at Blackpool Victoria Hospital.

Fiona Mills said she owed her life to the staff of the Lancashire Cardiac Centre which is based at the hospital.

Visitors to the hospital and the cardiac centre saw red on Friday, February 4, as Fiona and her fellow volunteers took part in a special event in aid of the Heart of Gold Charitable Fund run by Blue Skies Hospitals Fund.

Fiona, 60, from Cleveleys, said: “I nearly lost my life a year ago – I was lucky to survive.

“I needed an operation and I had two stents (small tubes that are inserted into arteries to improve the blood supply to the heart).”

Fiona, who works in Debenhams in Blackpool, had a heart attack seven years ago and needed three stents at that time. Her heart problems were partly hereditary and partly to do with her unhealthy lifestyle.

When she became ill again a year ago it was potentially fatal: “The staff at the cardiac centre told me that if I’d been at home I would not have survived,” she explained.

“Luckily I was in hospital receiving treatment when my condition deteriorated.

“I started to get chest pains and they got me into the cardiac centre. My arteries were 95 per cent closed up.

“The cardiac team stepped in and that was it. I have five stents now.

“They were amazing. They really looked after me

“I decided to completely turn my life around. When you are in that situation something kicks your brain into thinking, ‘I need to sort myself out’.

“I lost three stones and I live a very healthy lifestyle now. I don’t smoke and I don’t drink.

“I feel so much better now. My mind is focused whereas I always used to be tired.”

Fiona was so delighted with her care that she is now a Volunteer Health Mentor for the Trust. 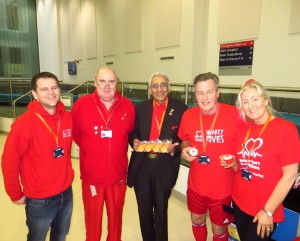 She explained: “We go up to the cardiac centre and talk to patients about healthier lifestyles. We have a trolley that is full of information.

“When people hear I’ve had stents they are especially interested. I can help to put their minds at ease.

“I love being a Health Mentor. It’s a great team.

“I’ve realised that I’m here for a reason and that is to help people to improve their health.

“My experiences have made me determined to be a better person and to help others.”

Chris Thornley, 66, a retired civil servant from Kirkham, also became a Health Mentor after his treatment at the cardiac centre more than two years ago.

He said: “My heart arrested six times in four days. The staff saved my life and this is one way I can thank them.

“They were brilliant. They were like friends and family to me. We had a wonderful rapport and my surgery was successful. They really helped me and they still are helping me. 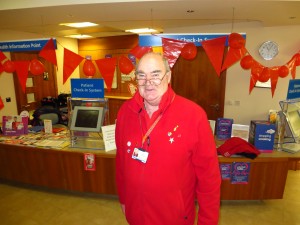 “My surgeon, Mr Tang, is a genius. I met him recently and he remembered everything about me. He remembered all about my family and he was genuinely interested in me. He’s a wonderful man.

“I love being a Health Mentor because I can give something back.”

There was a cake sale at the entrance of the Cardiac Centre and on the hospital’s mezzanine. Staff members and volunteers baked cakes for the event and collected donations.

Rebecca Ferguson, Deputy Head of Fundraising for Blue Skies Hospitals Fund, said: “We would like to say a big ‘thank you’ to everyone who helped to raise money for the Heart of Gold Charitable Fund.

“The money raised will benefit heart patients from Lancashire and Cumbria.

If you would like to help support the Lancashire Cardiac Centre call 01253 (95)7903 or look on the website at: www.bfwh.nhs.uk/blueskies 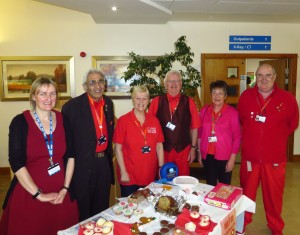 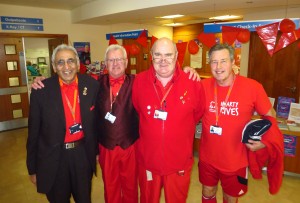