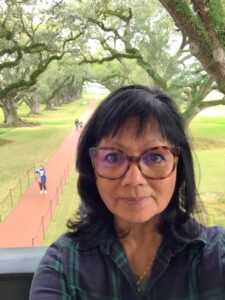 SANTO Hill loves working with and for people. She was a general nurse and midwife for more than 40 years and opened a Blackpool B&B when she retired in 2016.

In 2017 she also decided to volunteer for Blackpool Teaching Hospitals charity, Blue Skies, working in the hospital shop.

She was a fit, healthy, outgoing lady with boundless energy – but on April 9 she was rushed into Blackpool Victoria Hospital with COVID-19 and given just a 20 per cent chance of survival.

“I had been feeling unwell for about 10 days and my brother called an ambulance as my condition was worsening and I was struggling to breathe. I was taken into ITU where I was intubated, ventilated and put onto dialysis because my kidneys had failed,” Santo said.

“I had to be resuscitated three times and my family were told I had a 20 per cent chance of survival.”

But, with the amazing care of medical and clinical staff at Blackpool Victoria Hospital, Santo, 69, pulled through and is now at home recuperating from her ordeal.

Describing her 32-day nightmare, Santo said she felt awful both emotionally and physically. “I was put into an induced coma and when I came round I did not know where I was or what had happened. I had tubes and wires everywhere and was dreaming about Lucozade!

“I could not speak and mentally I was shouting for my friends and family but no sounds came out.”

But Santos said the care and dedication of staff at Victoria Hospital saved her life.

“I do not think I would have got the level of care I received anywhere else. I cannot thank or praise the staff enough. They even rang my family every day to make sure they knew what my condition was, they were amazing.

Santo’s brother, Dave Singh, was also on ITU with COVID-19 and thankfully he has also been discharged home.

Santo said she was recovering at home, but it was a slow process and she still felt weak and breathless.

She hopes to get back to her normal life within the next 10 to 20 months.