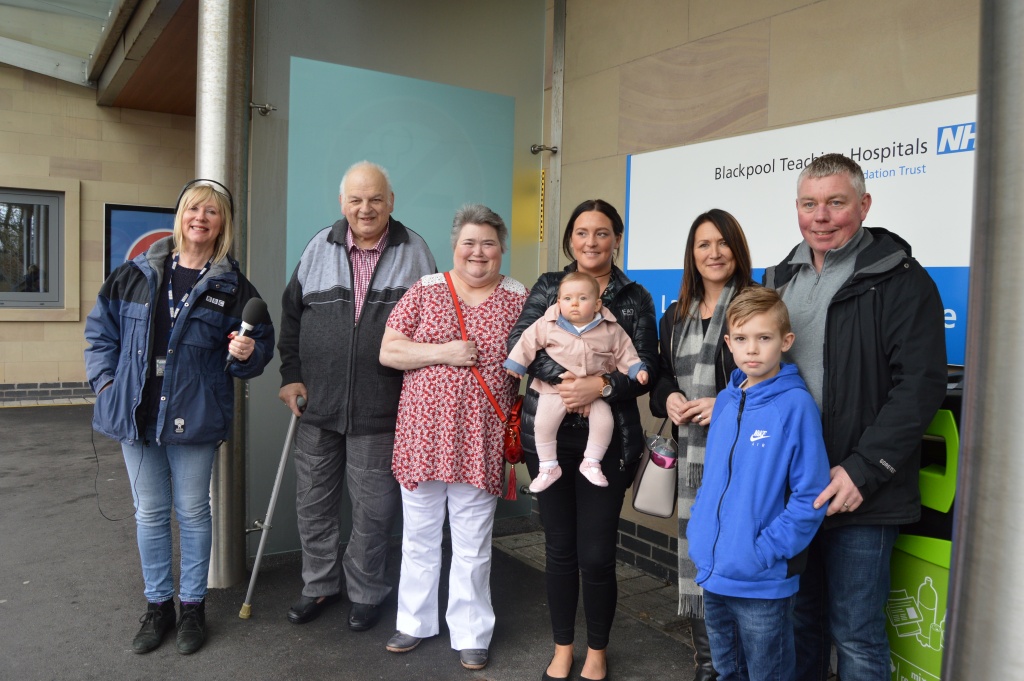 THE amazing work undertaken by the Lancashire Cardiac Centre was the focus of a special radio programme recently.

Sally Naden and BBC Radio Lancashire set up a live broadcast from the cardiac centre to mark the end of February’s Heart Month and highlight the centre’s tenth anniversary.

Some former patients, including comic Johnnie Casson, were invited back to be interviewed for the station and were treated to specially made cakes courtesy of cardiac nurse Janry Somcio. 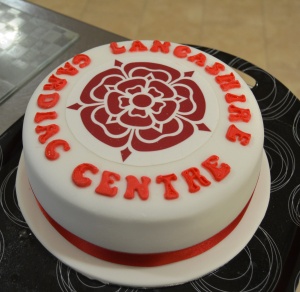 One such patient was Alma Kitsburg who had her third heart attack at 60 years old while visiting Fleetwood’s Tram Sunday event. She thought she had indigestion, but when it didn’t ease and then she was sick, she drove home and phoned an ambulance.

After an angiogram and blood test, it was confirmed that Alma had three clogged arteries and a triple bypass was booked in for two weeks later.

Alma said: “I was very apprehensive as it was such a big operation. It lasted around five and a half hours.

“All the staff here are like angels. I have never received such fantastic care.”

If I hadn’t have had the operation I could have had a stroke or another attack that could have killed me. I had such faith in my surgeon, Mr Walker and everyone else involved from nurses to physios. I cannot say one bad word about any of them.”

Another guest was only 41 at the time of his heart surgery last year.

Only realising he had any heart problems at 13 years old during an appointment for a perforated ear drum –  Frank remained symptom free until he was 35 when he had heart failure.

Frank has a few different problems, one of which was a leaking valve which was repaired by keyhole surgery late last year.

Because the procedure was performed this way, it meant that Frank was home picking up his baby son and taking his dogs for a walk within a week.

Frank said: “My surgeon, Joseph Zacharias, was absolutely fantastic. I can’t fault the care here. I couldn’t believe how quick I was able to pick up my 10 month old son and walk my dogs following the surgery.”

“The procedure will hopefully improve his quality of life and most importantly improve the efficiency of his heart function.

“It was a real pleasure to be involved in Frank’s care. He had done a lot of research on his heart condition with opinions from experts all the way to London and came to me from another colleague.

“With a young family he was very keen to recover quickly and being able to offer a “keyhole” procedure helped him get out of hospital on the fourth day and back to normal life faster. 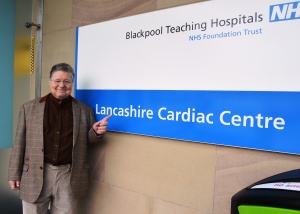 “ It is very rewarding to see the impact that the procedure has had on his quality of life and his outlook for the future.

“ In Blackpool, we are very lucky that the management, despite the financial pressures it faces, has made a conscious decision to support innovation and patients like Frank are able to benefit from this strategy.”