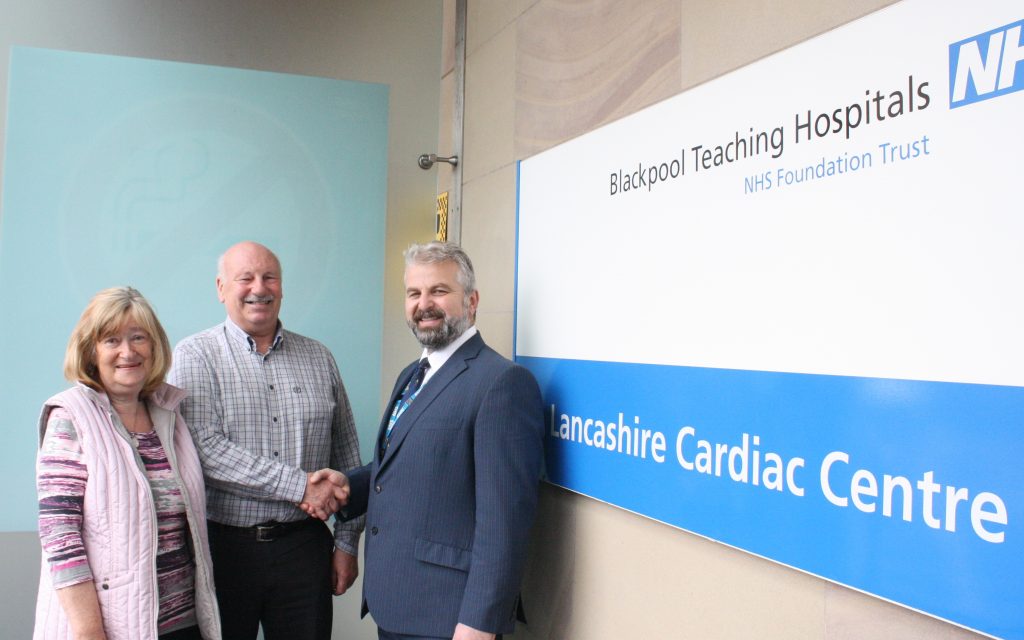 A ST Annes pensioner has donated £1,000 to charity to thank the Fylde coast surgeon who saved his life.

He was so grateful that he wanted to give something back and at his recent 70th birthday party asked family and friends to make donations rather than buy him a present.

And this week he handed the money to Mr Bittar who has launched a fundraising campaign of his own to raise money for the Cardiac Centre and the UNICEF charity.

Mr Alder said: “I had been suffering from a few health issues and it took some time to diagnose the exact problem.

“In the end I needed treatment for an aortic aneurism and had to have a pretty major operation.

“Mr Bittar was brilliant. Not only did he perform the operation, but he was there for me and my family afterwards and really looked after us.

“I’ve had a new lease of life to be honest and I wouldn’t be here without him I’m sure of that.”

Mr Bittar said: “Mr Alder had an aortic aneurysm repair and valve replacement and has done extremely well since then. He celebrated his 70th birthday a couple of weeks ago and we were very surprised to receive a phone call to say he raised £1,000 to support my charity.

“I am hoping to run a Marathon for my 50th Birthday next year and his donation will go to two charities – the Heart of Gold Appeal and UNICEF. I am very grateful to Mr Alder, his friends and family for this great surprise.’’

If you would like to support Mr Bittar’s charities you can access his fundraising site at: https://mydonate.bt.com/fundraisers/mrbittar