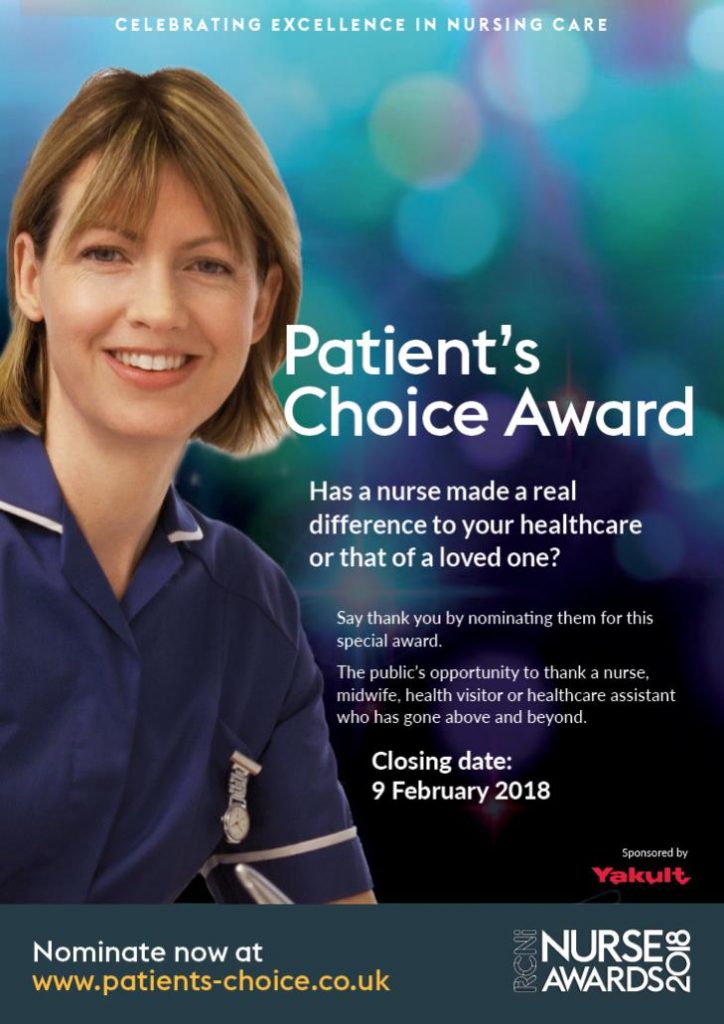 DO you know a nurse on the Fylde coast who has made a difference to your life?

If so nominations are now open for the RCNi Nurse Awards.

Now in their 31st year, the RCNi Nurse Awards celebrate the very best in nursing care with 14 categories in all.

Covering a wide range of specialties such as learning disability nursing, child health, cancer nursing, mental health nursing and nursing older people, these awards are widely regarded as the highest accolade for nurses in the UK.

The major accolade is the Patient’s Choice Award where patients put forward the name of a nurse who has made a huge difference to the care of themselves or a loved one.

Last year’s winner Joanna O’Toole, a children’s respiratory nurse specialist, was nominated by the family of a girl with a rare syndrome who she cared for.

Joanna looked after Amélie Chan, who has a genetic condition called Charge syndrome, for four years as both an outpatient and inpatient at Royal Manchester Children’s Hospital.

Amélie’s mother, Lesley Chan, called Joanna ‘wonderful and courageous’ for the support she had shown her daughter while herself coping with a diagnosis of secondary cancer.

To see a full list and to enter go to: https://rcni.com/nurse-awards

Winners will be announced at an awards ceremony dinner at the Park Plaza Hotel in London on Wednesday, July 4, 2018.