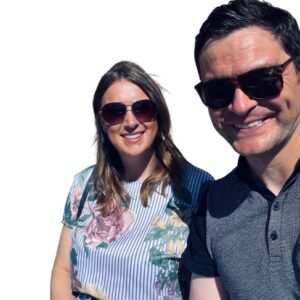 A picture of Mike and Keri together

On a day that should be the most special and memorable, Keri and Mike went through what no parent ever wants to imagine, on 16 June 2021, will be a day that is forever etched on their hearts.

After deciding to have a child together, the couple were devastated when Keri miscarried in the first trimester. They knew the risks but did not give up hope and to everyone’s delight they fell pregnant again in 2021.

At around 20 weeks, they knew something was not right.  At a midwife appointment, the couple were sent straight up to the maternity unit at Blackpool Teaching Hospitals. Panic kicked in and their fears were confirmed; there was no heartbeat detected. Just a few days later, Keri was induced and gave birth to their child at 20 weeks.

“As humans we are not really designed for this – It is the greatest pain that any parents can feel on a day that should be the most special and memorable.”

The couple have been so grateful for the care and support they received during this traumatic event saying sometimes it was the smallest touches that made the biggest difference to their healing process. Something as small as having a tv or radio donated for use in their room and the handmade items such as baby blankets, hats and soft toys, made the experience more bearable.

A year on, the couple now feel as if they can share their personal story and work towards helping others who have or are going through a similar experience.

“At the time we said we wanted to help as much as we can, we have since found that there are so many who suffer in silence and we would like to say that you are not alone. The last year has been incredibly difficult. It is the strength and support that our family has received which has enabled us to gather back some hope and happiness during such difficult times.”

Since their loss, the couple have taken up fundraising for Blue Skies with the money going to Neonatal and have done so in different ways.   After receiving hats and blankets on the ward, Keri has taken up crochet, the numerous hats and blankets Keri has crocheted will be donated to Neo-Natal to bring some comfort families who are going through a similar situation that they sadly found themselves in.

Mike has found comfort in going on walks and running so chose this as an avenue to raise money for Neo-Natal at Blackpool Victoria.  He has since completed The Whinlatter Half Marathon, The Freckleton Half Marathon and most recently took on “Man vs Coast Ultra Marathon” in Cornwall, a very rugged run involving rock climbing and being immersed in water.  Not one to do things by halves their fundraising has gone over £2000, and something tells us this won’t be Mike’s last challenge.

Joanna, our Community Fundraiser says “Fundraising isn’t just a way to give back for great care or thanking staff for their help, but it can also be part of a wider journey that allows people to come to terms with loss and sadness.  Mike and Keri have really helped to bring some light and love to a sad situation and I really admire them”.

To find out more about Blue Skies please visit their website