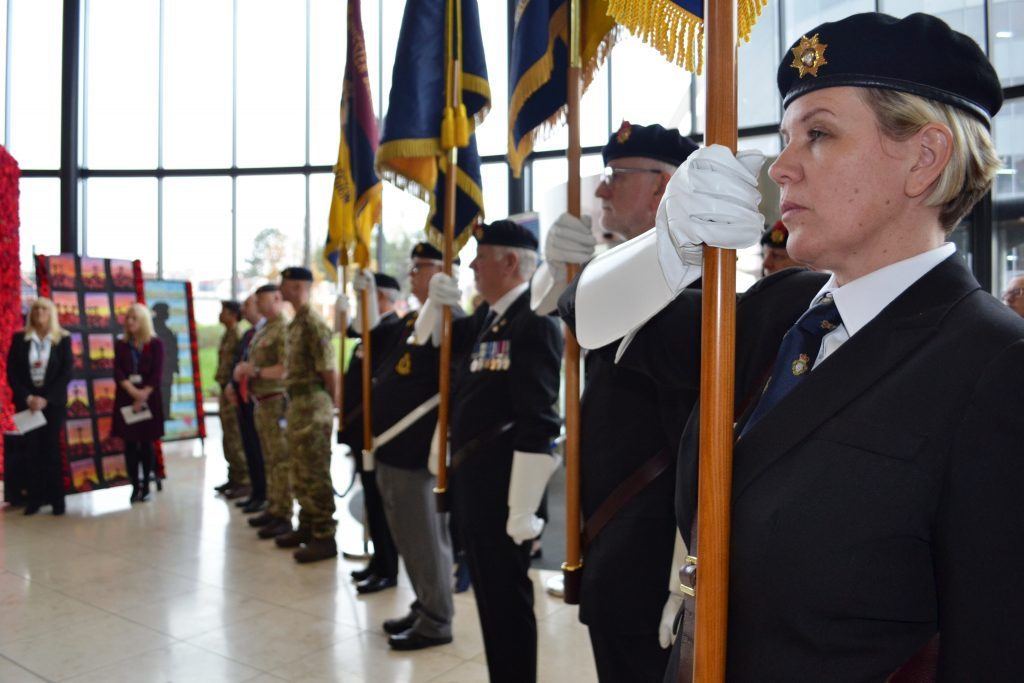 Blackpool Teaching Hospitals NHS Foundation Trust has marked the centenary of the end of World War 1 with a special ceremony.

Special guests included 95 year-old D-Day veteran, Leonard Curran and some of the knitters and crocheters who donated 28,000 poppies for the Remembrance displays. 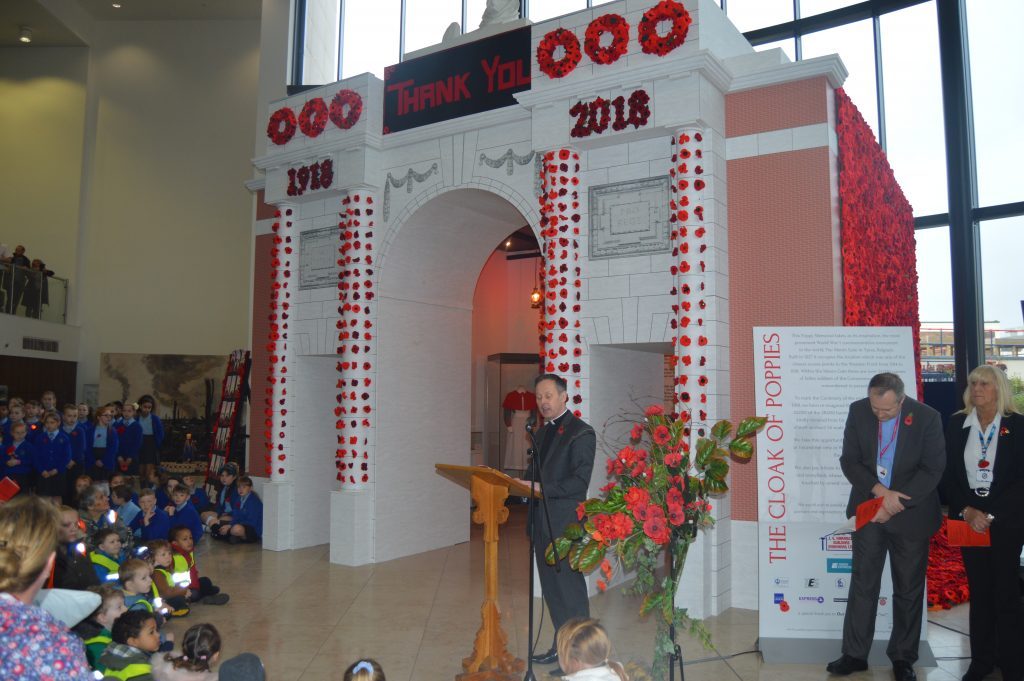 The Royal British Legion provided standard bearers from the North West and formed part of the service as well as Reservists who work for the Trust.

The service was held in front of the 15 foot, 1:5 scale model of the Menin Gate, the ‘Cloak of Poppies’, which features 20,000 of the handmade poppies and contains personal dedications to those killed or injured in armed conflict over the last 100 years plus original WW1 artefacts. 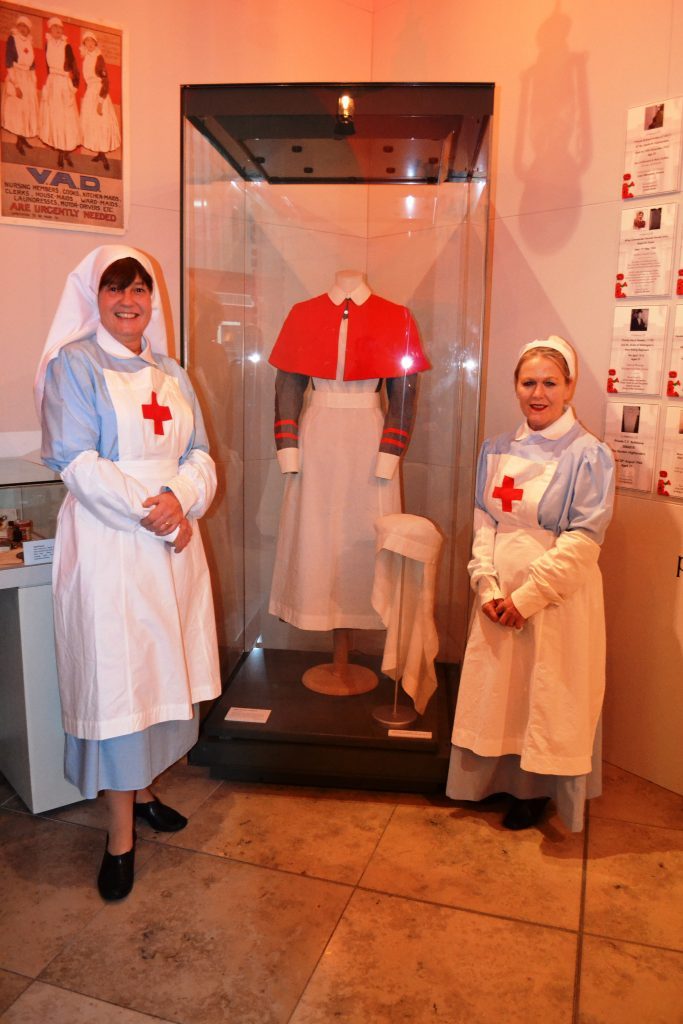 Leading the Remembrance campaign is Associate Director of Facilities at the Trust, Nigel Fort.

He said: “We have been overwhelmed with the support that the community has given to this project.

“We are delighted that our unveiling event, held two weeks ago, and our Remembrance events have been so well attended. 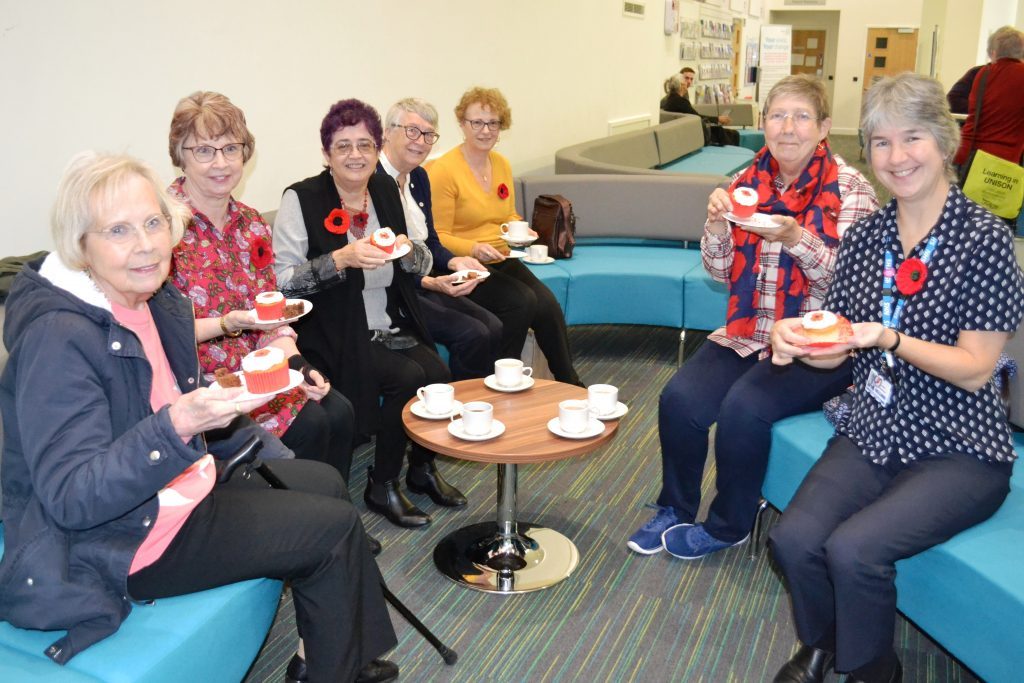 Some of our poppy contributors and their special poppy cupcakes.

“A very special thank you must go to all the sponsors that made the Cloak of Poppies possible, Eric and Colin, our local historians, Layton Primary School, our hard-working staff and of course our army of knitters.

“We would love to see this fabulous structure displayed again elsewhere, so we would love to hear from any museums or similar organisations who would be interested.”

The Last post was played by 14 year-old bugler, Ben Parkinson, from Woodplumpton in Preston. 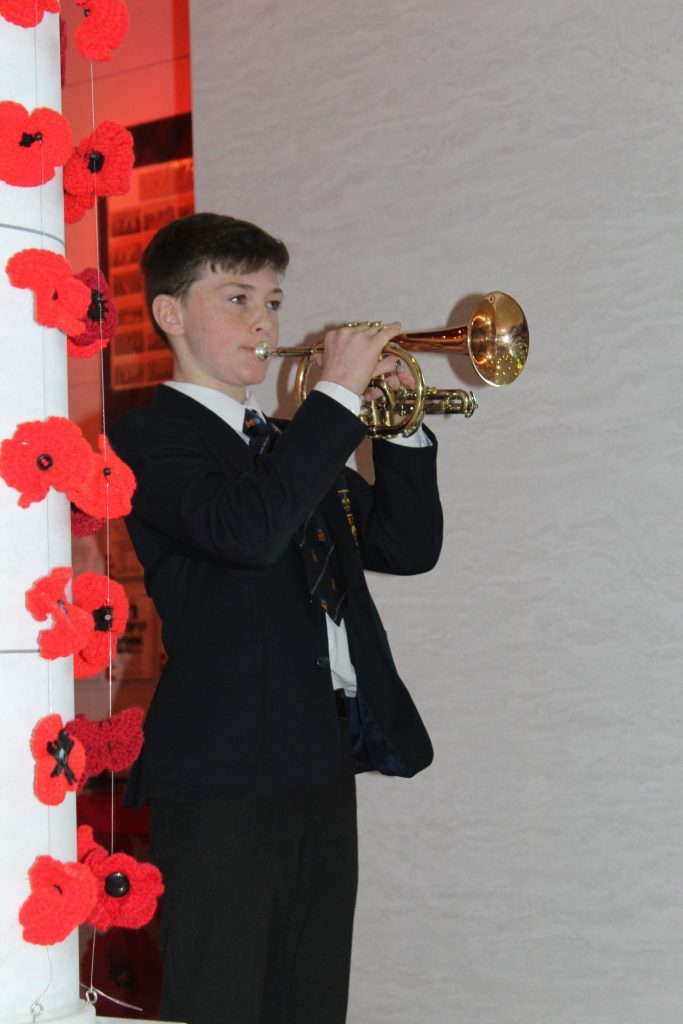 Ben, who attends Lancaster Royal Grammar School, has been playing the bugle since he was seven.

Playing the Last Post is particularly poignant for Ben as he played at his former teacher’s son’s military funeral as he was sadly killed in service aged just 21. For this, Ben was given a special poppy badge with the Paratroopers crest featured in its centre.

He said: “I have been playing in my local church since I was nine-years-old.

“I feel privileged to be playing today – not many people would get this opportunity.”

The choir from Layton Primary School sang and also signed, Fields of Gold. There were not many dry eyes in the house. 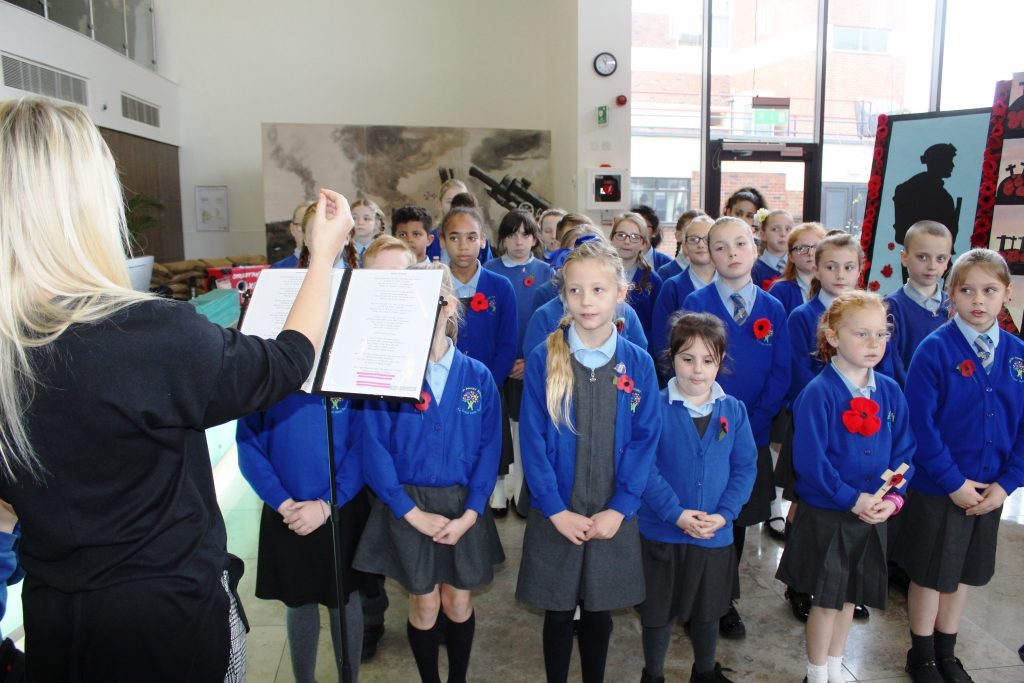 Major Instrell said: “We have a combined service of around 20 years and we are very honoured and privileged to be part of this very moving service.” 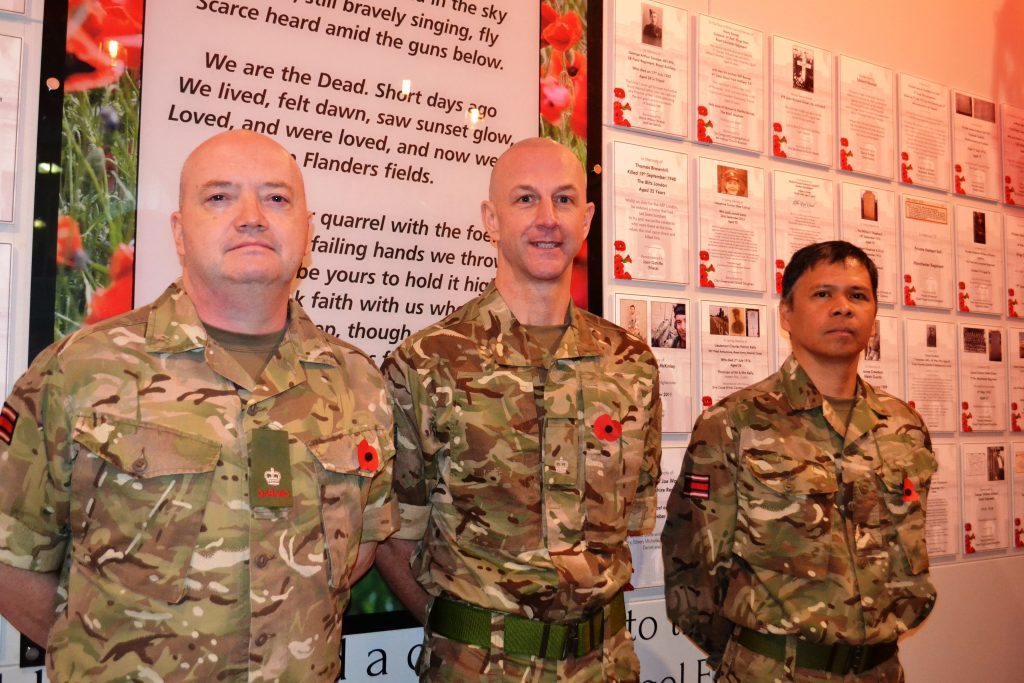 The Trust will be holding one more short service on November 11 within the Cloak of Poppies memorial at the hospital from 10.45am. All welcome. 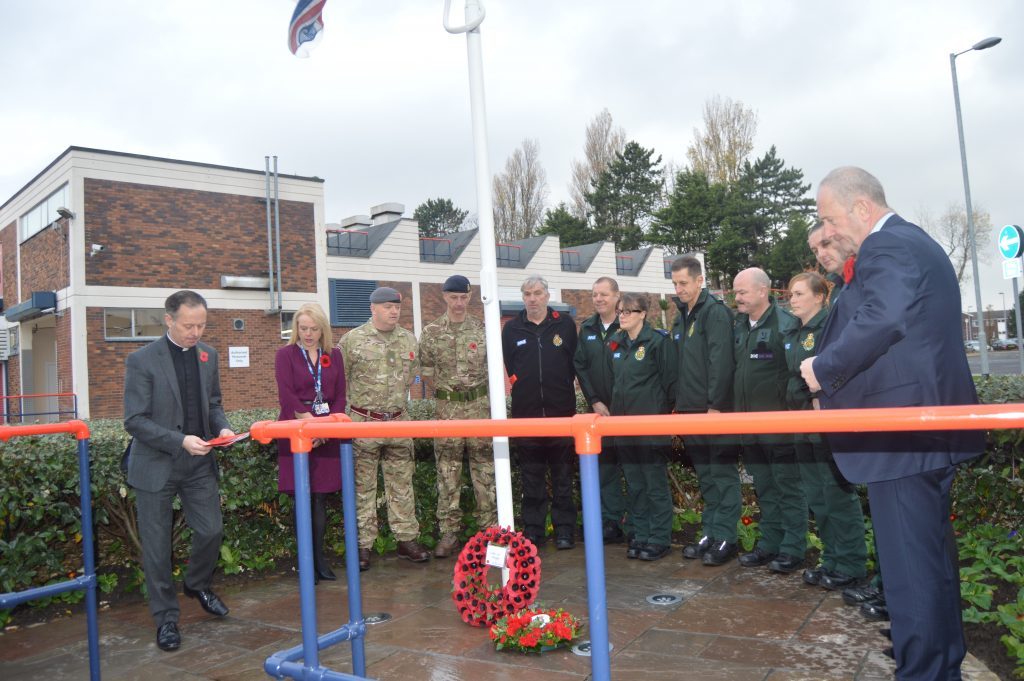 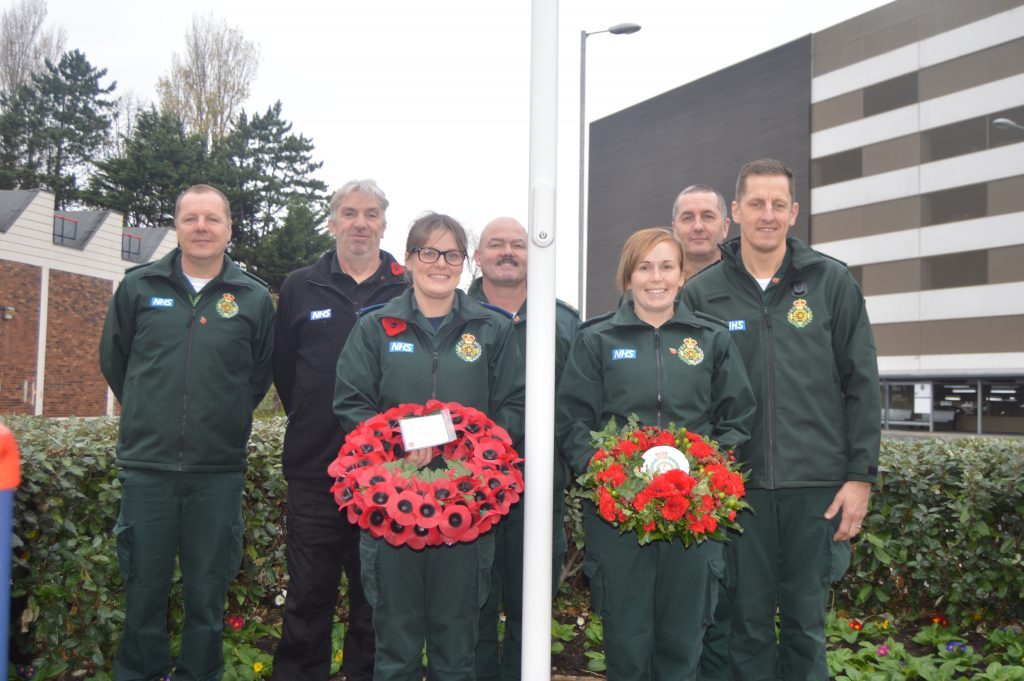 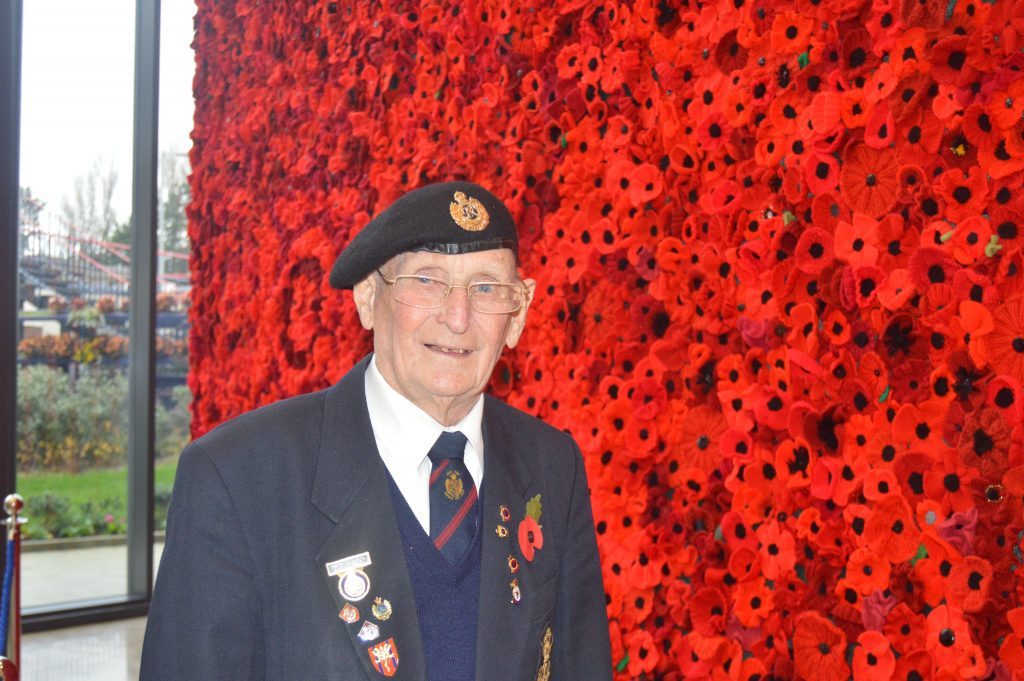 Veteran, Peter Wilkinson, attended the Remembrance Service after attending the hospital appointment earlier in the week.