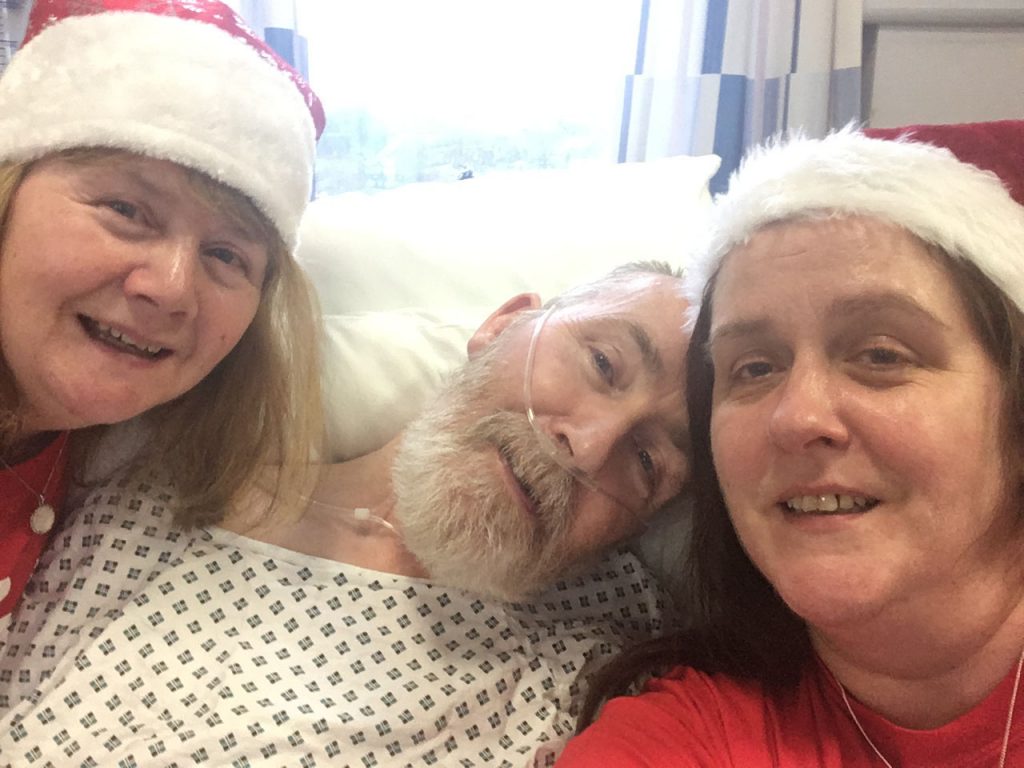 A Fylde coast nurse has been praised after ensuring her patient enjoyed his first Christmas in his home city in 30 years.

Parkinson’s Disease Nurse Specialist, Lindsay Waring, who works for Blackpool Teaching Hospitals NHS Foundation Trust, fought red tape and other obstacles, to make sure Cleveleys resident Les Walker-Wall, 60, was able to return to his home town of Glasgow to spend Christmas with his family.

Les had worked on the Fylde coast as a psychiatric nurse since he qualified from the University of Central Lancashire in 2003 and because of his nursing shift patterns, spent the festive period in Cleveleys missing his younger sisters Maxine Terris and Corinne Ingram and the family Christmases they shared as children.

Life changed dramatically for Les when he started noticing tremors in his right hand in 2013. He was eventually diagnosed with Multiple System Atrophy (MSA).

MSA is a rare nervous system disorder where nerve cells in several parts of the brain deteriorate over time which causes problems with balance, movement and the autonomic nervous system, which controls a number of the body’s automatic functions, such as breathing and bladder control.

Overall, MSA is an unrelenting life-limiting (both in terms of duration of life, and in terms of everyday living) neurodegenerative condition for which there is no known cure or way of slowing the progress. The management of the condition is totally focused on providing the best palliative care possible to relieve the symptom burden of MSA.

The condition means that Les, who was also feeling low about being so far from home and his sisters, is now wheelchair bound and needs specialist medical care.

Les said: “Lindsay was the new community Parkinson’s nurse and she contacted me when she started in her post. 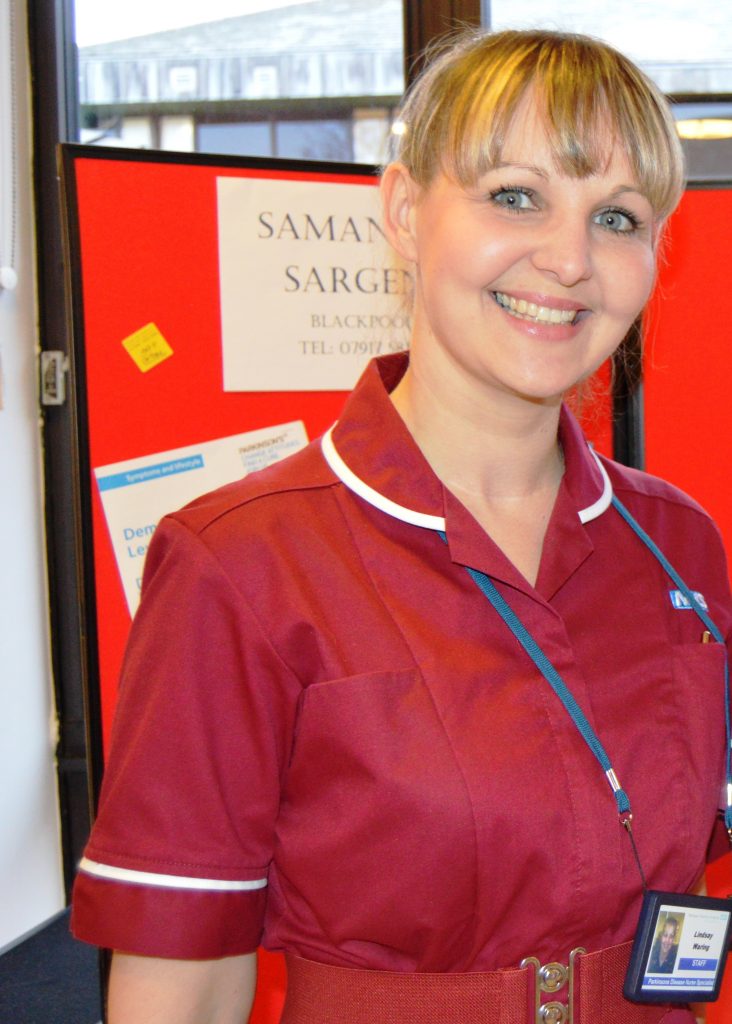 “Lindsay knew all about my condition and my needs. She knew I wanted to be back near the care of my sisters and it became her mission to get me there for Christmas.”

Les’s sister Corinne said: “Lindsay has been involved in arranging Les’s return since May. She has provided a huge amount of support and has always been on the end of a phone.

“She was adamant that Les would be back for Christmas, despite us being let down so many times and facing many hurdles with funding and other issues.

“If it hadn’t been for Lindsay, we would still be fighting. I can honestly say from the bottom of my heart that I love her for what she has done. We can’t thank her enough.”

Now Les is happily staying at the Alexandra Court Nursing Home in Glasgow and his sisters visit him every day. He is much better in himself and is back to pranking his sisters like he used to.

Les has been very proactive in supporting Parkinson’s awareness. He decorated his house in Cleveleys with lots of Christmas lights and left a donations box outside, with money going to Parkinson’s UK. He also formed support groups in the area and is also starting groups in Glasgow too, with a vision to arrange a charity ball in Glasgow early in the New Year.

Les added emotionally: “Lindsay is a true professional. She is a star.”

Corinne said: “Christmas day was brilliant though it was quite emotional for us all. Maxine and I were at the hospital for opening hours at 11am, laden with gifts for Les.

“We were invited by the nurses to stay for Christmas lunch, which was delicious.

“We enjoyed watching him opening all his presents and we opened our gifts from him.

“This was a special day that we have not had with us all together for many years and will cherish for many years to come. It was a great start to making new memories”

Lindsay said: “I feel privileged to have met and cared for Les; he is a true inspiration and has done so much in the way of fundraising for Parkinson’s UK.

“Despite him being diagnosed with MSA, he always has a smile on his face, remains positive and wants to help others.

“We worked closely together and despite numerous barriers, we kept focused to ensure that the transfer back to Scotland was safe from a clinical and emotional perspective.

“I am so happy that we achieved our goal and he is now settled with his loved ones.”