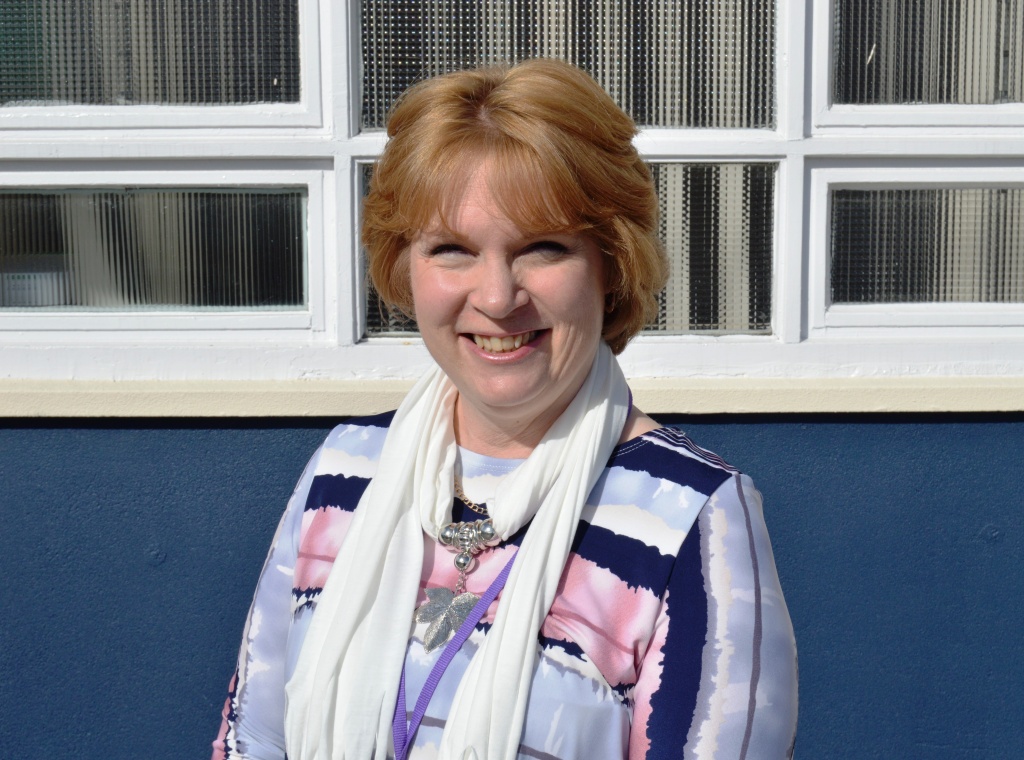 A bowel cancer survivor is backing a health trust’s fight against the disease during national Bowel Cancer Awareness Month.

Karen Ebdon from Blackpool, who works in the Clinical Coding department at Blackpool Teaching Hospitals NHS Foundation Trust, was successfully treated for bowel cancer and is recovering well.

She is urging people to get checked out as soon as they have symptoms so that they have a better chance of beating the disease.

The Trust has information stalls on the Mezzanine floor at Blackpool Victoria Hospital throughout the week of April 24 to 28 as part of Bowel Cancer Awareness Month.

Members of staff from the Trust’s Colorectal Cancer and Stoma Clinical Nurse Specialists’ team and the Lancashire Bowel Screening Service, which is based at Blackpool Victoria Hospital, are on hand to answer any questions and give out information.

Karen, 49, said: “The quicker they can catch it, the quicker you can deal with it. Just get it checked out.

“I started with signs and symptoms, especially changes in my bowel habits and bleeding.

“It was frightening at first but I didn’t think it was anything suspect. It was a huge shock to find out it was cancer.” 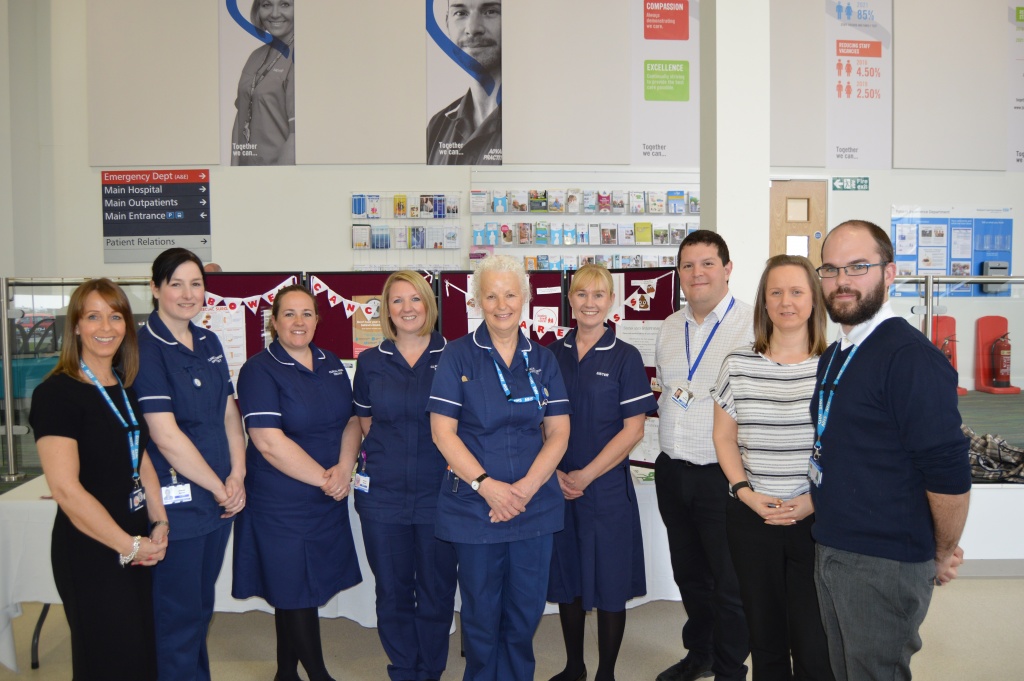 As with other patients with similar symptoms, Karen was fast-tracked and received her diagnosis in just over two weeks in May of 2016. She had scans and a colonoscopy which confirmed that she had rectosigmoid carcinoma.

Karen had a major operation, called an anterior resection, in which surgeons removed the cancerous part of her bowel and joined the healthy ends back together.

Thankfully, Karen didn’t have any secondary cancers and didn’t need to have chemotherapy.

At the age of 21 Karen had Hodgkins lymphoma and was distressed that the cancer had returned. She was mainly concerned about telling her two children and was supported through her treatment by the trust’s team of colorectal cancer nurse specialists and consultants.

Karen explained: “People are sometimes embarrassed to go to their GP but it is nothing to be embarrassed about.

“It could be nothing to worry about but it’s not worth the risk to ignore it.

“The support I received was invaluable. The bowel cancer nurses were absolutely fantastic.”

Other signs include bleeding from the back passage, blood in the stools, a change in bowel habits lasting for three weeks or more, a lump in the abdomen and extreme tiredness.

Nichola Ritchie, a Colorectal Cancer and Stoma Clinical Nurse Specialist for the Trust, said: “Our aim is to get people to recognise the symptoms and act on them.

“Throughout the week we will be collaborating with the Lancashire Bowel Screening Service to raise awareness of bowel cancer.

“We hope people will just pop along and have a chat with us. It’s nothing to be embarrassed about and it could save your life!”

Nichola and her team meet patients after they have been diagnosed and are about to commence treatment.

Nichola said: “We see people who have been referred to us by the bowel cancer screening service, by their GP or as an emergency.

“They see us in the clinic with a surgeon. We stay with them after the surgeon has seen them to give them the support and information they need.

“We can address their concerns – we cover a massive amount of issues that can arise.

“After the first meeting we keep in touch over the phone until the treatment begins.

“When they are in the hospital, we see our patients and make sure they are recovering well.

“We make sure they understand what is going on. It can take up to two weeks before the results come back. We then contact the patient and see them with the results.

“We will look at whether the surgery has been successful and if they need further treatment such as chemotherapy or radiotherapy.

“Some patients need a very long treatment plan. We get to know out patients very well – that is what is so lovely about our job. However, it can also be very emotional

“I hope people won’t be wary of us – just come and have a chat!” 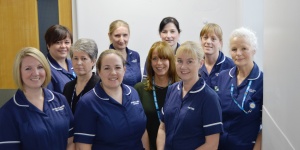 Members of the Colorectal Cancer and Stoma Team

She said more and more patients were being diagnosed at a younger age so everyone is welcome to approach the team for information during the awareness week.

Bowel cancer is the fourth most common cancer in the UK and each year in Blackpool, Fylde and Wyre alone the colorectal nurses see around 270 new cases.

The disease is treatable if caught early and an increasing number of early stage cancers are being caught with the introduction of the Lancashire Bowel Cancer Screening Service. Currently around 57 per cent of patients who have had treatment are still cancer-free five years after treatment.

In the UK 41,000 people are diagnosed with colorectal cancer every year. It is the fourth most common cancer in the UK – making up 11 per cent of all cancers diagnosed every year.

One in 14 men and one in 19 women will be diagnosed with bowel cancer in their lifetime. Over the last decade bowel cancer rates have increased by 10 per cent.

Karen added: “I feel fine now. I just need to go back to the hospital for regular scans and check-ups.

“I’ll be 50 this year and I’m planning to do lots of new things. I don’t take anything for granted. It puts a lot of things into perspective.”

For more information on bowel cancer please go to: www.bowelcanceruk.org.uk