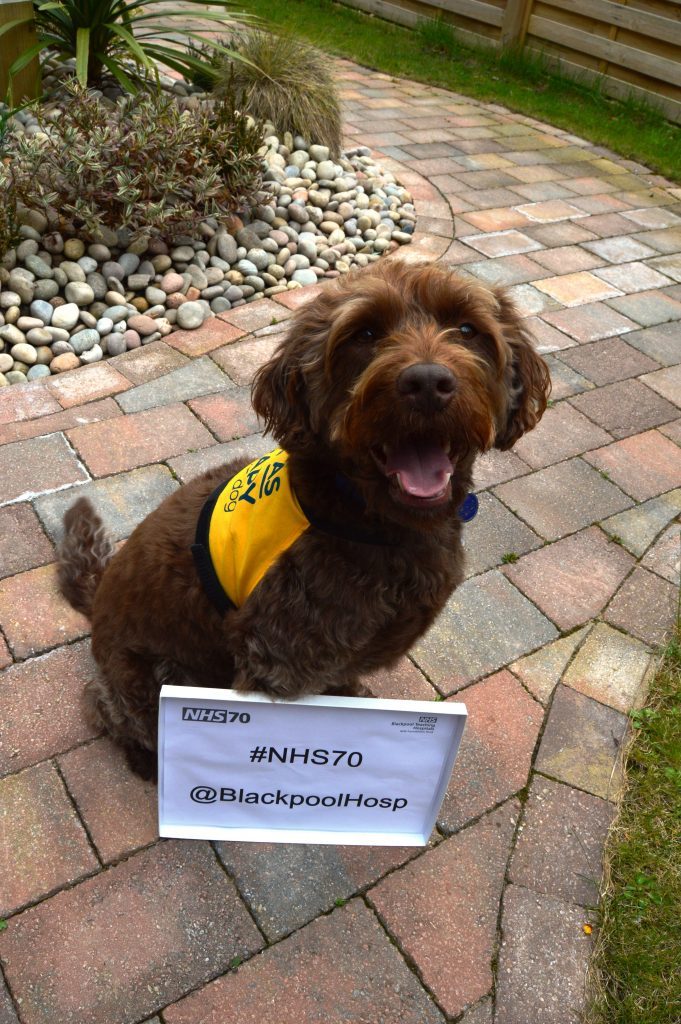 FOR the past three years a special visitor to Clifton Hospital has ‘clawed’ his way into patients’ hearts.

Six year old Labradoodle, Charlie, has been a Pets As Therapy (PAT) dog for the last three years visiting patients in all four wards at Clifton twice a week.

Mags Hannings, who lives in St Annes, is Charlie’s owner.

She said: “I’ve has had Charlie since he was nine weeks old.

“After watching a documentary about therapy dogs in America, I did some research and found there was a similar scheme here so I decided to learn more.”

Mags joined Pets As Therapy, a charity based in High Wycombe that enables dogs and cats to visit various establishments all over the country in order to interact with people to help cheer them up.

The use of Pets as Therapy dogs is now widespread across the country and  is yet another way how patient care in the NHS has evolved over the last 70 years.

As Mags has been a dog owner since childhood, she has trained Charlie  well and so he passed the required temperament test with flying colours. He loves the fuss both patients and staff give him at the hospital. He is even allowed a few treats.

Mags added: “Charlie has made so many friends as have I. So many patients ask if they can take him home with them.

“The patients and staff always enjoy Charlie’s company and he always puts a smile on everyone’s face, which makes them feel much better.”