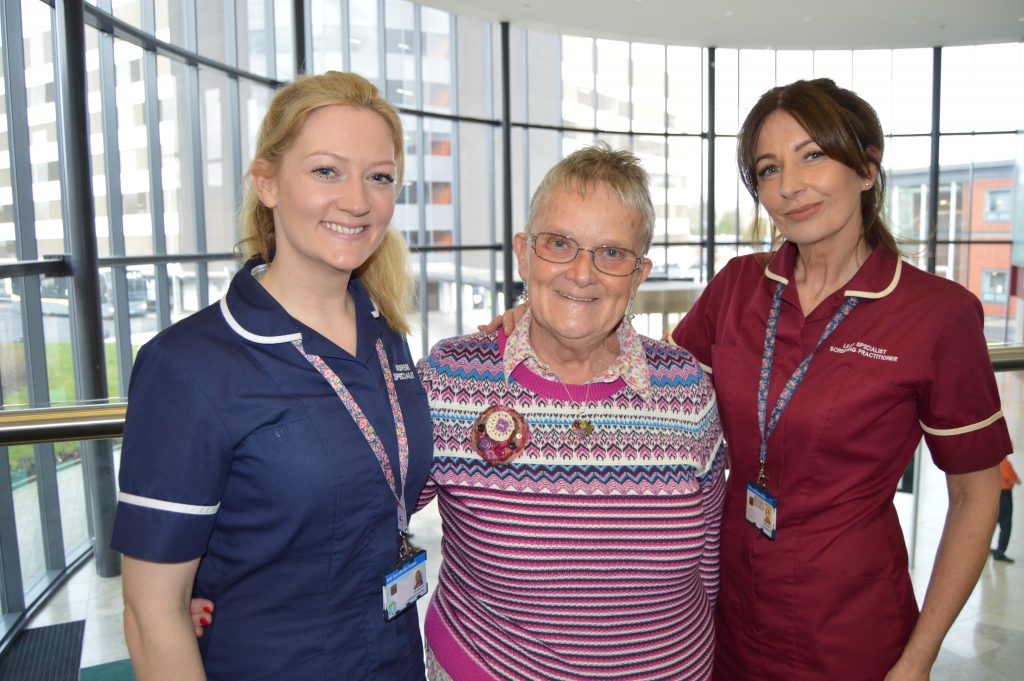 A Lancashire woman wants everyone to be clear – bowel cancer screening tests can save your life.

As part of the Lancashire NHS Bowel Cancer Screening Programme, run from a team based at Blackpool Victoria Hospital, all residents aged between 60 and 74 who are registered with a GP will receive an NHS bowel cancer screening kit through the post every two years.

Carol Ratcliffe, from Oswaldtwistle, received a test in 2013 and says it saved her life as her test showed she had bowel cancer;

She said: “I never expected to have bowel cancer – I had no symptoms and I didn’t feel ill. I was absolutely fine.

Luckily for Carol she caught her bowel cancer early, meaning she was able to battle it and survive. And she knows it was all down to the test she took.

She said: “Within one month of me being diagnosed, the date for my surgery was set.

“I was really fortunate because they caught it early. The treatment I received from the the Bowel Cancer Specialist Screening Nurses, the Colorectal Nurses and the Consultants was amazing.

“And here I am five years later, living a full life.

“This kit saves lives and people shouldn’t ignore it. Everyone who gets the chance should do the test and be clear on cancer.”

The test is delivered through the post to people aged 60 or over every two years. They simply have to take samples of their poo and send them off for testing.

The results are then delivered back to them, straight to their door.

Clinical director of the Lancashire Bowel Cancer Screening Programme, Dr Mark Hendrickse, said: “Everyone has a one in 20 risk of developing bowel cancer, but if it is caught in the early stages there is a 90 per cent chance we can get rid of that cancer.

“If everyone takes up the screening we could reduce deaths from bowel cancer by 16%.

“Across Lancashire the uptake rate is about 59 per cent. The national target is 60 per cent so please don’t ignore your screening test, it could save your life.”

Bowel cancer is the third most common cancer, with around 40,000 people diagnosed every year.

Bowel cancer screening is a simple and private test that can be done at home. It is designed to detect “hidden blood” in the stool which can be an early sign of bowel cancer or other conditions.