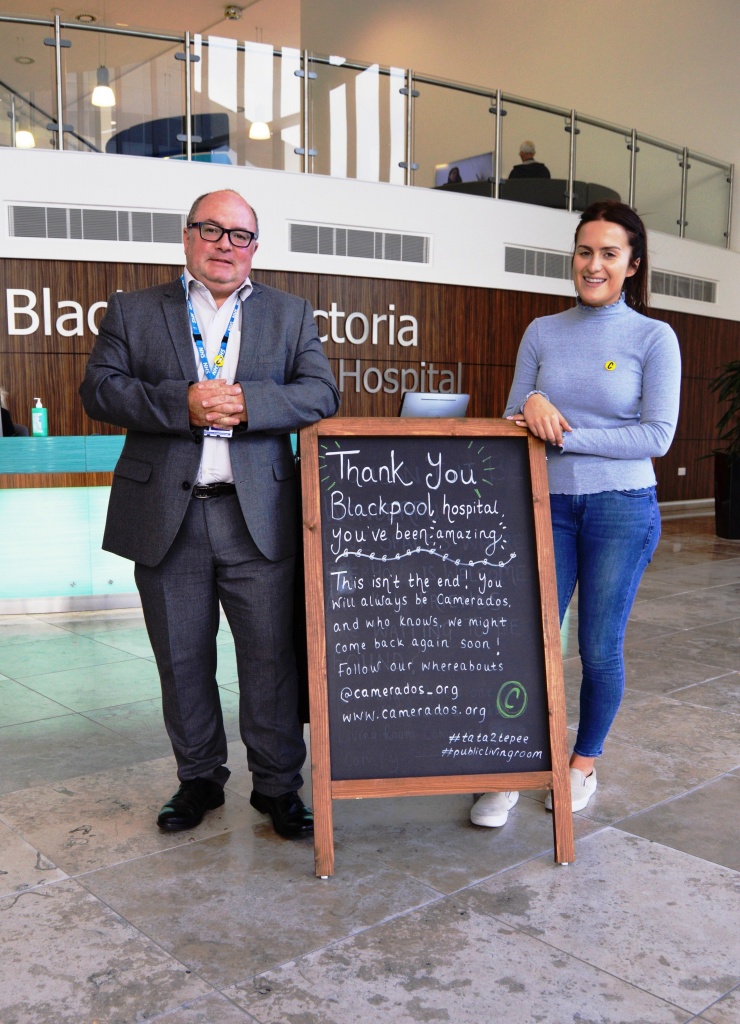 BLACKPOOL Victoria Hospital have bid farewell to the tepee that sat in the main entrance for three weeks.

The instalment was the idea of social movement, Camerados, who also run a ‘Living Room’ in Blackpool’s Central Library.

The canvas tepee was erected with the idea of encouraging patients, staff and visitors to spend time inside.

This proved popular with people from all walks of life who used the space to reflect or to chat with others. 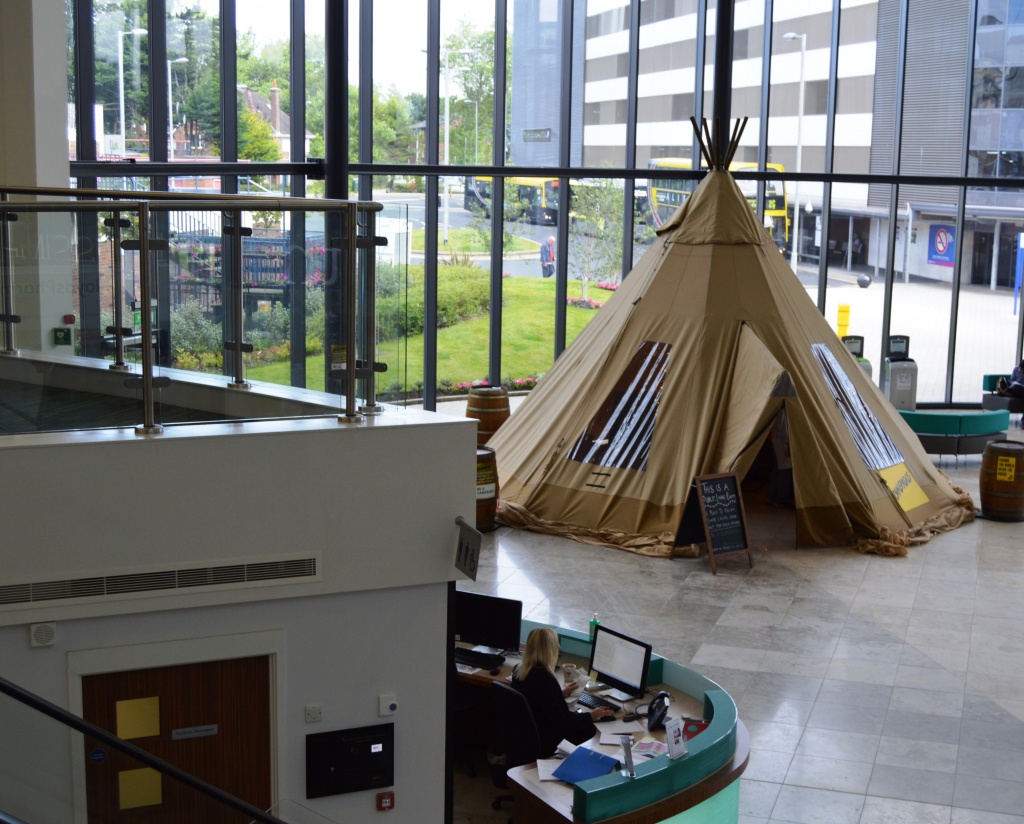 The tepee was housed in the hospital’s main entrance

Lots of users have reported special conversations with complete strangers that have left them feeling much better.

Sarah Mortimer, Development manager for Camerados, who has been working closely with Blackpool Victoria staff for the last few weeks, said: “I think it’s fair to say that the three week pop up at the hospital has totally blown us away.

“We’ve seen barriers between staff and patients dissolve, strangers look out for each other during good times and the tough times, and a real sense of community and camaraderie within the hospital.

“We know this isn’t the end of our partnership with Blackpool Hospital, and we’re feeling very excited about the future.”

Many staff wrote down what the tepee has meant to them and Camerados have collected people’s views that were written on their special yellow cards. There have been hundreds of positive comments.

Patient Experience Lead, Andrew Heath, said: “When I came to work, the tepee had gone.

“What was left was reflected in the faces of those around.

“They had known that safe place and parts of it still lives on in our memories and those of the organisation.” 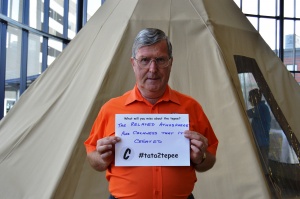 Bolton’s Big Chief Tipis supplied the tepee. They have previously supplied tepees for The Queen’s 90th birthday, Michelle Keegan and Mark Wright’ wedding and for the Glastonbury music festival. 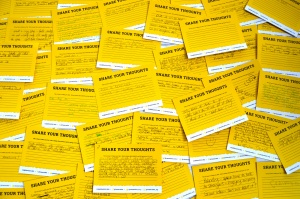 Just some of the hundreds of Camerados feedback cards 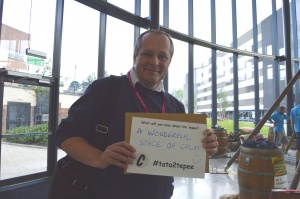 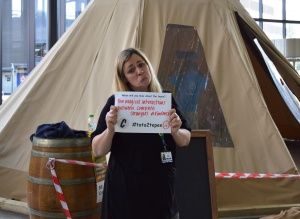