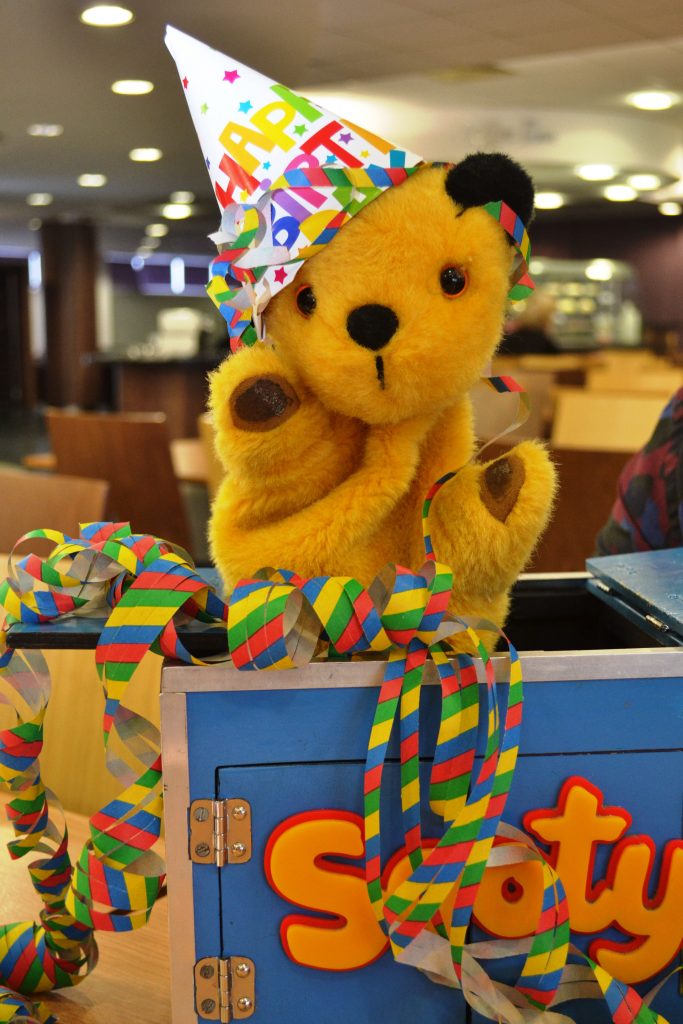 Sooty, Blackpool’s famous TV bear, turns 70 this year and he has taken up the special role to celebrate the National Health Service which is also set for its 70th birthday celebrations.

Sooty has recently spent time at the hospital, meeting staff and children, to record video messages and pose for pictures as part of the NHS70 celebrations which will be held in July.

Sooty’s owner and television presenter, Richard Cadell, said: “It’s lovely to be able to get involved with the hospital, especially as Blackpool is Sooty’s home town. It is wonderful the NHS and Sooty are both celebrating 70th anniversaries in July!

“Everyone has been so delighted to see Sooty here at Blackpool Victoria Hospital – he really is a national icon and a local legend! It’s great that he has been able to take up this special role and we look forward to returning to the hospital in July for the celebrations.”

Sooty started life in a shop on Blackpool’s North Pier in 1948, where he was bought by his original owner, Harry Corbett, to entertain his son Matthew on their summer holiday that year. Sooty and Harry went on to make their TV debut in 1952. 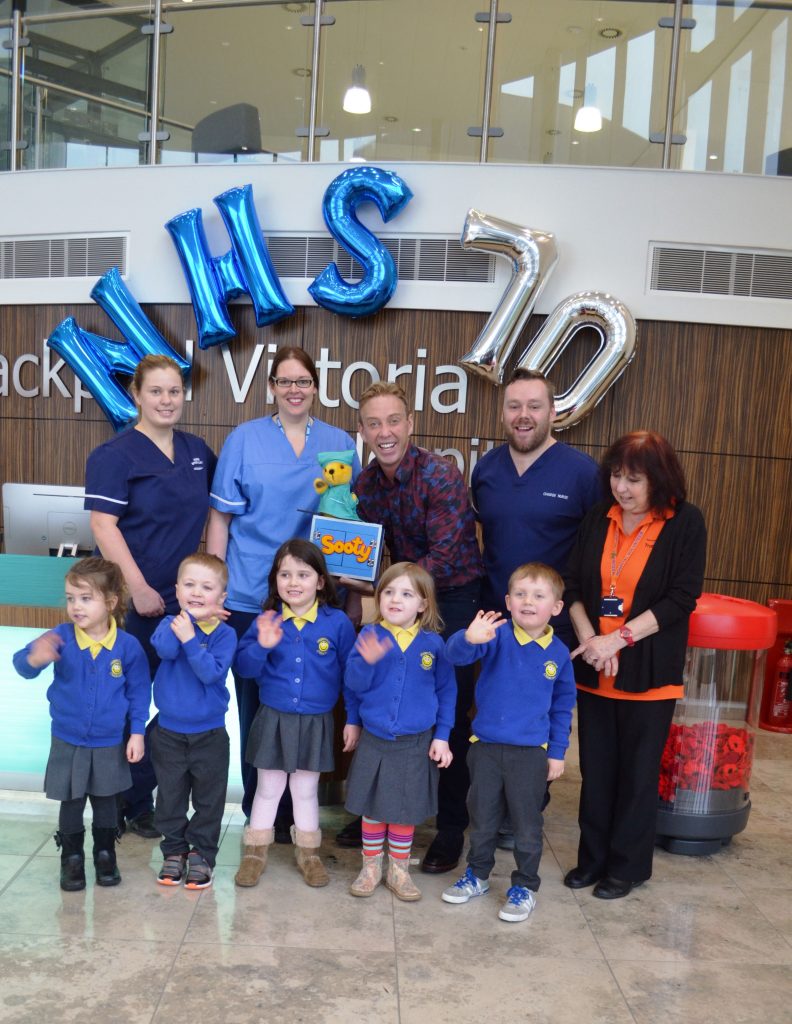 Matthew eventually took over from his father to host TV’s The Sooty Show, along with cheeky dog Sweep and softly-spoken panda, Soo. Richard Cadell has now been Sooty’s right-hand man for nearly 20 years and continues to tour and make TV shows with the loveable little bear. Sooty is now the longest-running children’s programme in the world.

Sooty is set to have his own display case of memorabilia from his many years in showbusiness on the Memory Corridor at Blackpool Victoria, a corridor decorated with vintage images and items to help patients living with dementia.

Richard added: “It’s lovely that there will be a lasting display of Sooty’s life for all to enjoy. So many generations remember Sooty, so having something like this, especially in Blackpool, is great fun. The sewing department at the hospital even made Sooty tiny NHS scrubs to wear when he visits. He has had a great welcome and has made lots of new friends.”

The Trust’s Chief Executive, Wendy Swift, said: “We welcome Sooty as an am’bear’ssador to our NHS 70 celebrations.

The NHS celebrates its 70th birthday on July 5. Sooty celebrates his 70th anniversary on July 17.

Richard & Sooty will be returning to Blackpool on July 21 to celebrate the anniversary with a special birthday party on the North Pier during the day, followed by an evening gala performance that evening.