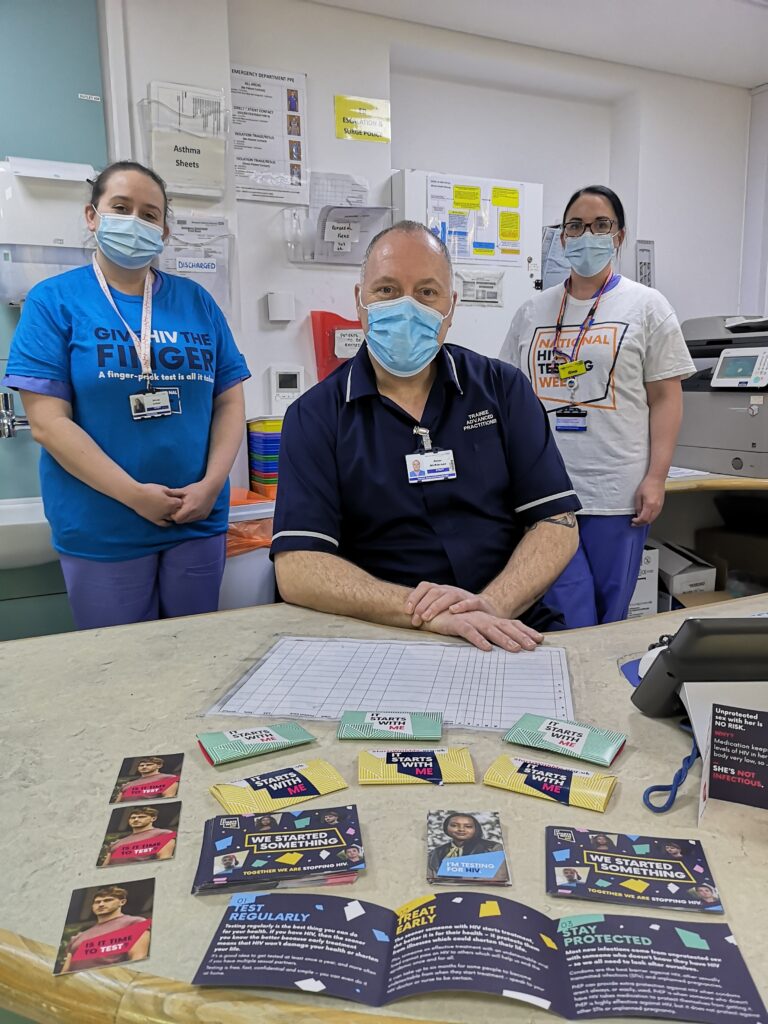 Blackpool Victoria Hospital’s Emergency Department is trialling a testing programme to help reduce the number of people living with undiagnosed HIV in the community.

Through his research for a Master’s degree in Advanced Clinical Practice, Peter discovered that Blackpool has the second highest HIV rates per 1,000 people in the North West of England, and felt the option of screening in ED would be beneficial.

Peter said: “In light of my research I contacted Blackpool’s HIV Nursing team, which is part of Sexual Health Services, to discuss the options of implementing routine HIV testing in ED.

“A similar project had been run in the acute medical unit (AMU), so this was an opportunity to move the focus to ED and embed HIV screening earlier in the patient journey.

Delayed by Covid, the project launched in November 2020 and is now in its third month of screening. After the initial six month period, the project will be assessed for further funding.

“We hope that this work sets an example  for other areas with high prevalence to enable their residents to know their HIV status.  As recommended recently by the HIV Commission for England, opt-out testing will play a key part ending new HIV transmissions and HIV-attributed deaths in England by 2030.”

National HIV Testing Week is a campaign to promote regular testing among the most affected population groups in England.

You can even request a home test, which is free and is posted to your address, through the Blackpool and Lancashire Sexual Health Service website at https://lancashiresexualhealth.nhs.uk/testing-options/

Peter added: “There has never been a better time to get tested for sexually transmitted infections, including HIV in helping to ‘break the chain’ of transmission. If everyone got tested during this time, infections could be lowered, and the impact on NHS services reduced.”