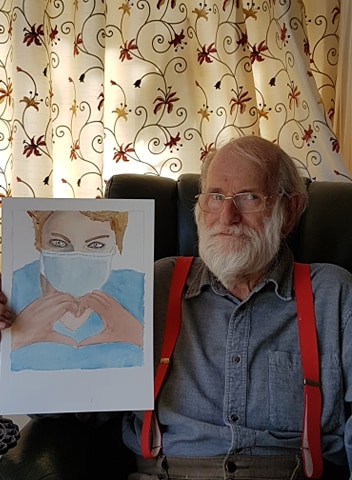 Tony Potter with his watercolour

AN  82 year-old former patient has said a thank you for his Covid-19 care through the medium of paint.

Tony Potter, from Weeton, has painted a nurse with his hands making a heart as a gesture of thanks to her. He will donate the picture to Blackpool Victoria Hospital.

Tony said: “I was taken to hospital on 24th March with suspected virus. I was coughing a lot, had difficulty breathing and had a temperature of 39. I was put on a nebuliser in the ambulance and was quite poorly.

“I was tested and tested and gave so many blood samples they were running out of veins. But after three days of anxiety, hurray! no virus. I was in Ward 1 with three others who were all suspected virus candidates.

“The nurses were all beautiful, even when waking you at 4am for yet more blood though with their masks it was mostly their eyes that I could see. The best moment was at about 11 o’clock one night when one of our nurses came into the ward without a mask. That was when we knew all four of us were clear of virus.”

Tony, a former consulting civil engineer and record holding sprinter in East Anglia, has used the services of Blackpool Victoria Hospital many times over the years.

Sadly, he lost his wife two and a half years ago after 59 years of marriage. Christine had suffered a stroke. His daughter, Jane, 57, was successfully treated for cancer at the hospital in 2017. Tony’s overriding memory of the staff through those times was their kindness and so felt he wanted to make a thank you for all their care.

Tony has been painting since he retired. He paints alongside daughter Jane, who he lives with and paints or draws most days in lockdown. They both belong to the Artram painting group who share each other’s painting online most days. 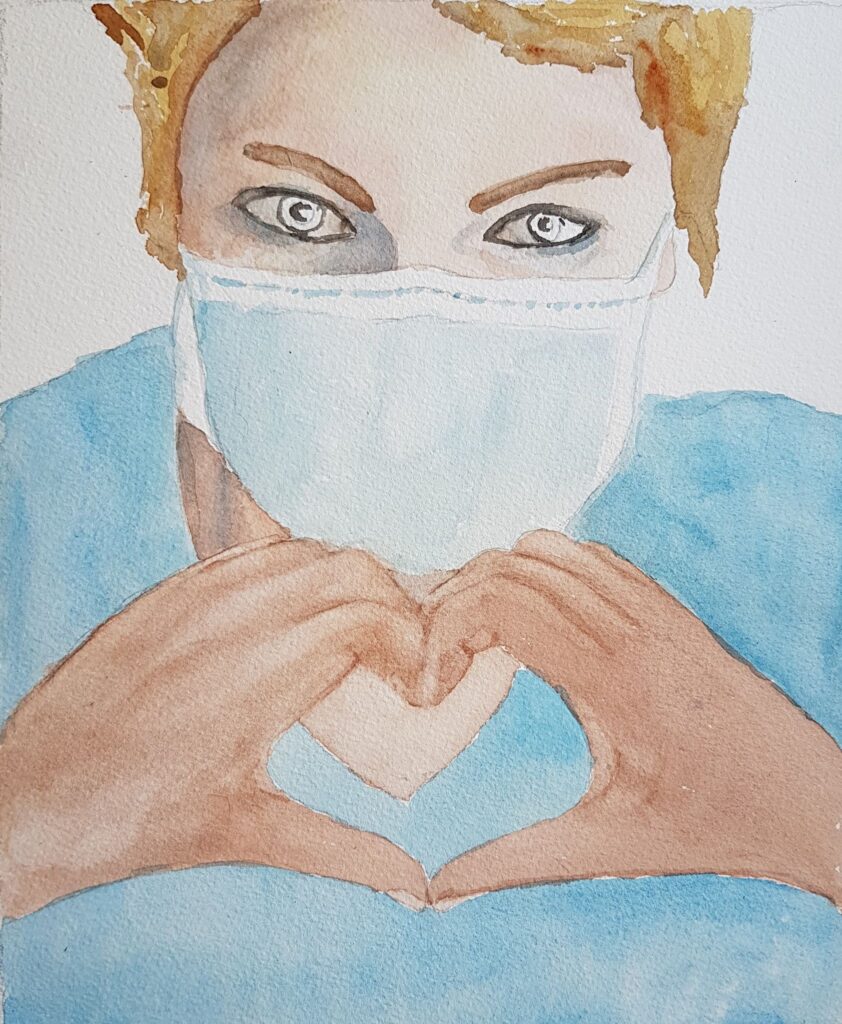 Tony added: “Bravery is when you know the danger very well but you just do it anyway.

“We were all of us clear as it happened but they could not know that, yet still, they nursed us. I say ‘nurses’ but naturally I include doctors and cleaners and all the team of carers.”

Tony’s daughter, Jane, said: “I love that my Dad and I can share our painting hobby. I think the watercolour was a perfect way for my dad to express how we both feel about the amazing people who work their hardest to keep us healthy and well.”