A YOUNG patient at Blackpool Victoria Hospital was given the opportunity to be a trainee scientist for the day. 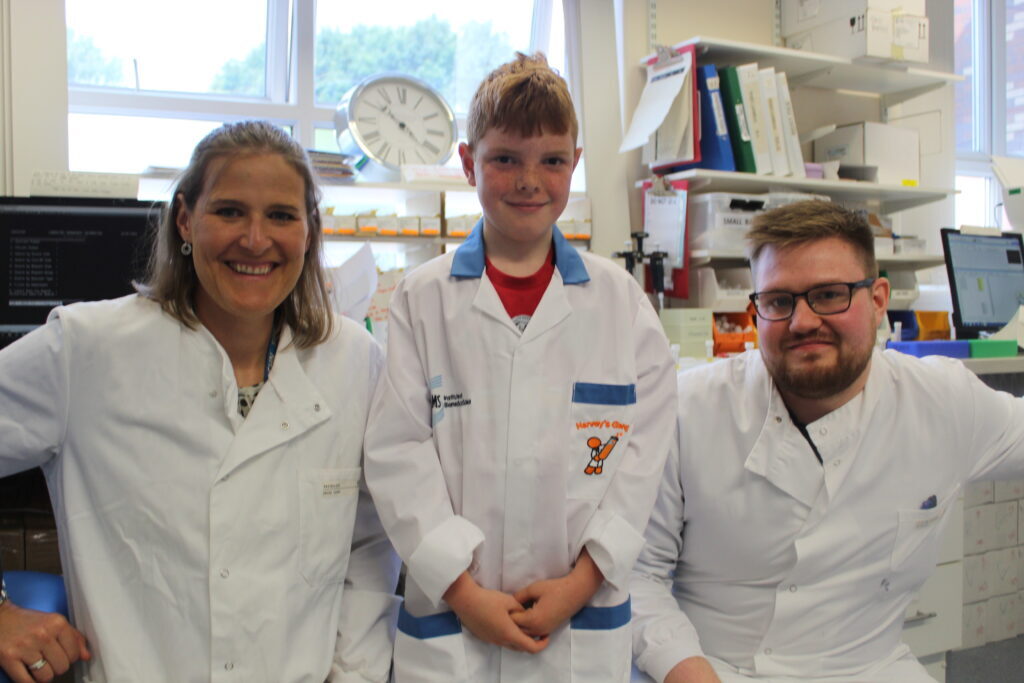 Charlie Doughty, 8, from Kirkham, enjoyed a tour of the hospital’s laboratories as part of a project to give young patients an insight into what happens behind the scenes to help their treatment.

The scheme is called Harvey’s Gang. It was set up by Malcolm Robinson, the Chief Biomedical Scientist at Western Sussex Hospitals, to invite young, long-term patients into pathology labs to have a look around, aiming to help them understand what happens to the samples taken during their many blood tests.

Malcolm set up this programme in memory of Harvey Baldwin; a seven-year-old boy who underwent treatment for leukaemia at Worthing Hospital. Harvey regularly had to attend the hospital for blood tests and transfusions, and was very keen to know what happened to his blood samples after they had been sent off to the lab.

The scheme is now running at Blackpool Teaching Hospitals NHS Foundation Trust and Charlie, who had a liver transplant when he was just three months old, was presented with her own lab coat and became a ‘Trainee Scientist’ for a few hours.

The Willow School pupil was able to watch his own blood sample being processed as well as looking at various machines and equipment used in the labs.

Rebecca Booth, Children’s Services Engagement Lead at the Trust, said: “Young oncology patients have their bloods taken regularly in the Children’s Clinic and we look to schedule the tours for after their blood tests so they can follow their own sample through the process.

“Charlie thoroughly enjoyed her visit and had the opportunity to ask lots of questions.

“I would like to thank the staff working in the department for their support in showing Charlie round.’’

Charlie’s dad Ben said: “He loved the visit and was really interested to see what happened.

“The staff were great with him and really kept his attention which was great.’’ 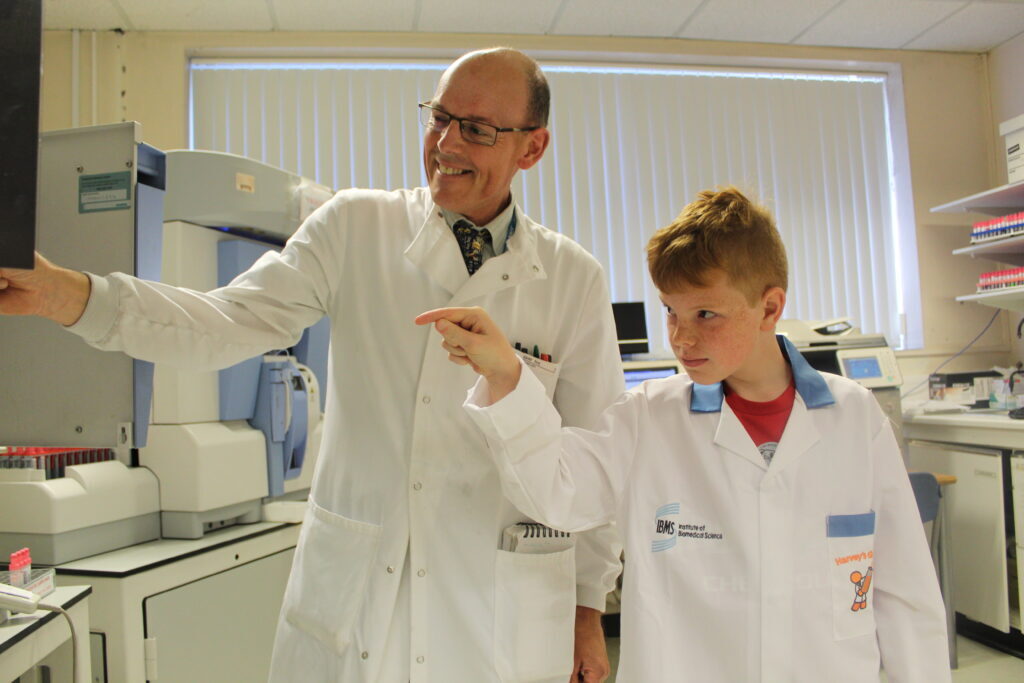 Helen Sanna, Senior Biomedical Scientist Cellular Pathology, said: “We are very happy to be able to show these children and their families around the labs as part of Harvey’s Gang, and show them how we process their bloods.

“It is often as educational for us as it is for them and we always look forward to welcoming young patients.’’