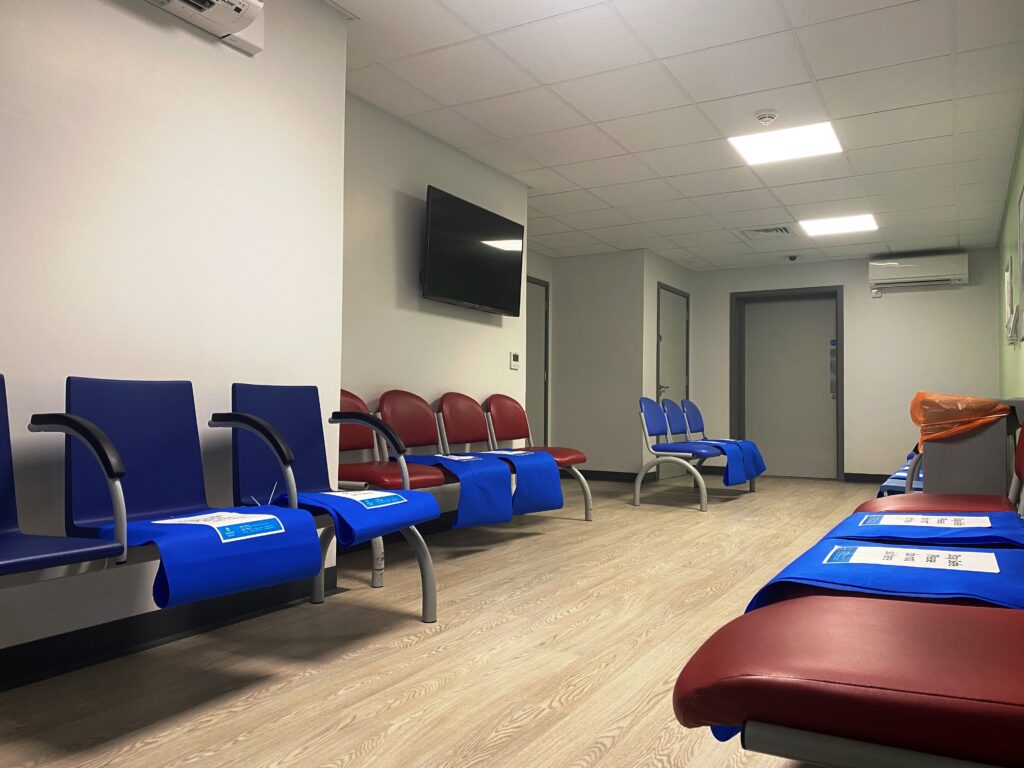 Work has begun on the new Mental Health Urgent Assessment Centre which will be housed in the former ADAS /OT (Anticoagulation/Occupational Therapy offices)  space next to the main ED entrance.
The work will be conducted by teams appointed by Lancashire and South Cumbria Foundation Trust and on completion, will be a dedicated treatment area to improve emergency mental health services for the Fylde coast.
This week, the temporary new waiting room, with toilets, opened in the Emergency Department. Vending machines will be in place next week.
The new configuration also allowed ITU to gain a new staff room until the bigger Critical Care build starts in earnest in Spring 2021. Work has also started on new toilets, in the former the ED waiting room.
ED is also operating from the former Urgent Care Centre area (ED2).

Elsewhere, the control room for patient flow has moved to the former PMO office and as previously reported, ADAS (Anticoagulation) and OT offices have move to a new modular building near the Gastro department. Child Physiotherapy, Urogynaecology Physiotherapy Service, ESD and Casher  have also be relocated.

INFORMATION FROM ATLAS, WHO ARE SUPPORTING THE EMERGENCY VILLAGE WORKS:
This coming week, the demolition works on the former minors’ area will be coming to a close; paving the way for construction to begin in this area.
In addition, with the new waiting area and WCs in place, demolitions of the former waiting area and WCs will continue.
Finally, a new temporary corridor will be formed to allow access by patients and staff to the main hospital, as the original glass fronted corridor will become part of the contractors’ demolition site.