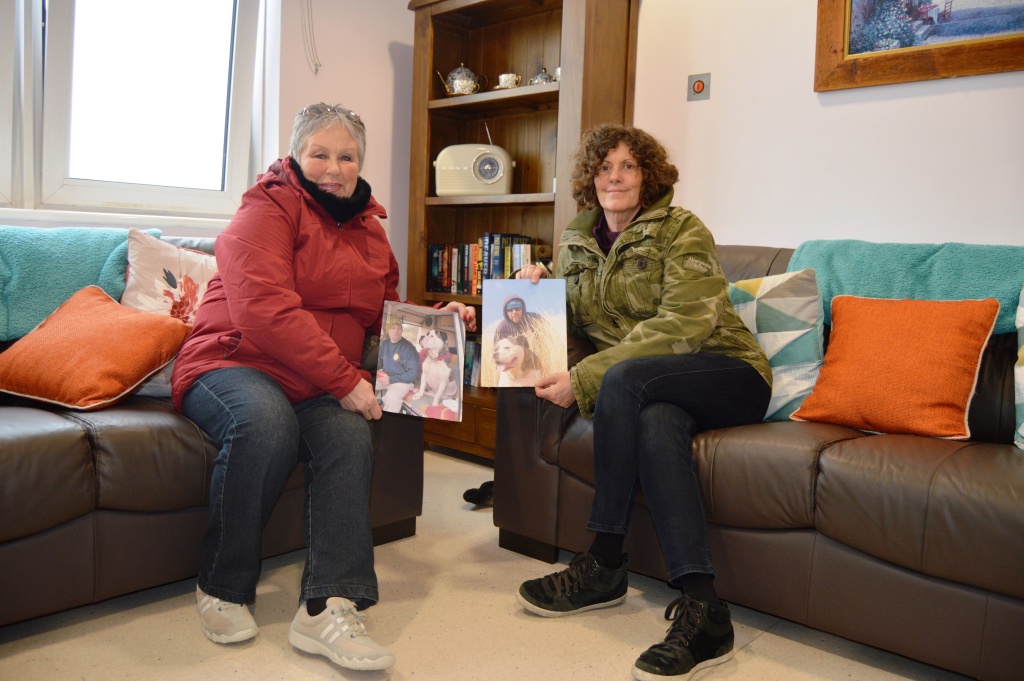 Pat Conchie and Simone Lawton in the new-look day room

CANCER patients on the Fylde coast are to benefit from better facilities thanks to the support of a local family.

Lee Davis Conchie, a Tai Chi master from Blackpool, died in 2013 from complications from acute myeloid leukaemia (AML) at just 45 years old but his family were so grateful for the treatment he received they helped raise money to upgrade the Haematology Day Unit at Blackpool Victoria Hospital.

Mum Pat Conchie and Lee’s partner Simone Lawton visited the day room this week to see what the money had bought and were delighted at the new leather sofas, pictures and fans the funds have provided.

Lee was first diagnosed with AML after he noticed black spots on his tongue in 2011 and was put on a trial for leukaemia followed by chemotherapy.

At first the treatment looked to have been successful and Lee was even set to start a role with the hospital’s volunteering team but sadly relapsed. He then received more chemotherapy and stem cell transfusions but sadly died in October 2013.

Pat said: “Because Lee was a supporter of charity the fundraising started with a raffle at his funeral which was so packed that people asked if he was somebody famous. We ended up with £1,000.

“Then a family member, who works at a large local company, also managed to tap into a company charity fund which released more money for the haematology ward. Tyldesley Conservative Club also raised £1,000 in Lee’s memory.

“The ward suggested the money go to the new day room, colourful pictures for the corridor and much-needed fans.

“The room was very bleak before it was upgraded. We’re really happy how the money has been spent.”

Lee’s consultant haematologist, Dr Paul Cahalin said: “Lee was a real character while in the ward.

“He faced his illness with courage, humour and dignity.

“We are most grateful to Lee and his family for the kind gifts which will no doubt make treatment for other patients much more bearable.”