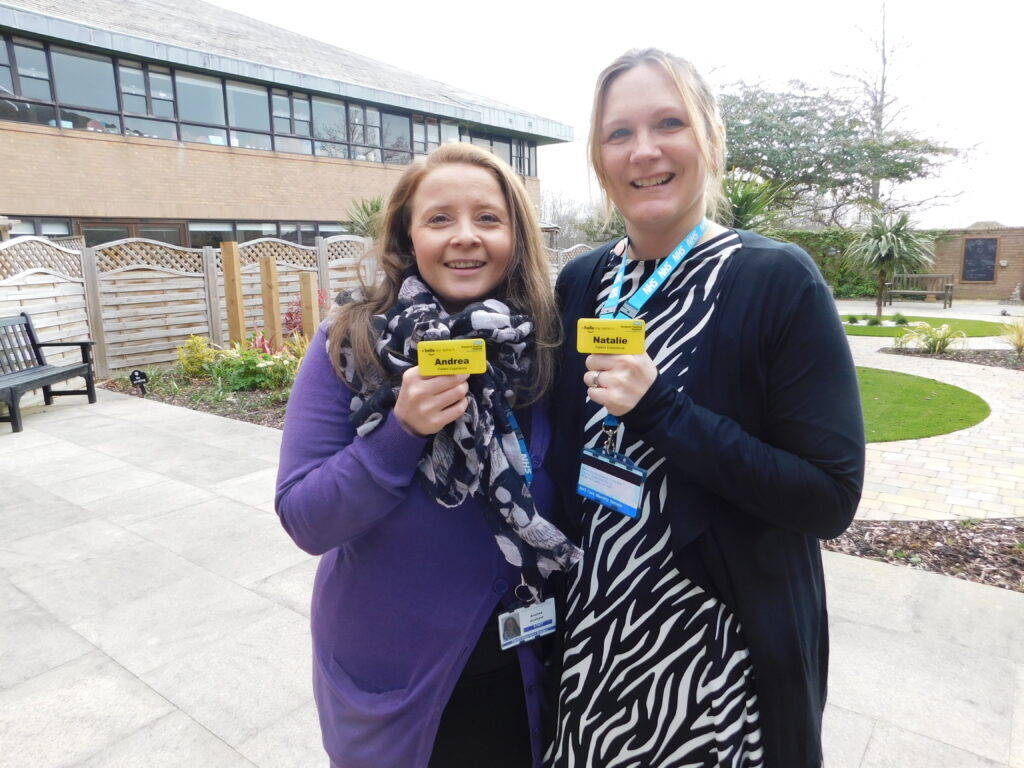 Andrea and Natalie from the Patient Experience team

The #hellomynameis campaign was launched in 2013 by Dr Kate Granger and her husband Chris Pointon and came as a result of staff failing to introduce themselves when they were caring for her as she was undergoing treatment for cancer.

The Trust’s local patient surveys highlighted from 2018-19 that 52% of their patients did not know the name of the member of staff caring for them. Staff were introducing themselves, but patients had difficulty remembering their named nurse especially across different shift patterns.

The new badges were designed by the Trust’s patient engagement team, Clifton Hospital staff and the Trust’s Patient Panel. It was agreed with a yellow background and large black type. This helps visually impaired patients to see the name more clearly.

The badge is also dementia friendly and also contains the #HelloMyNameIs logo. 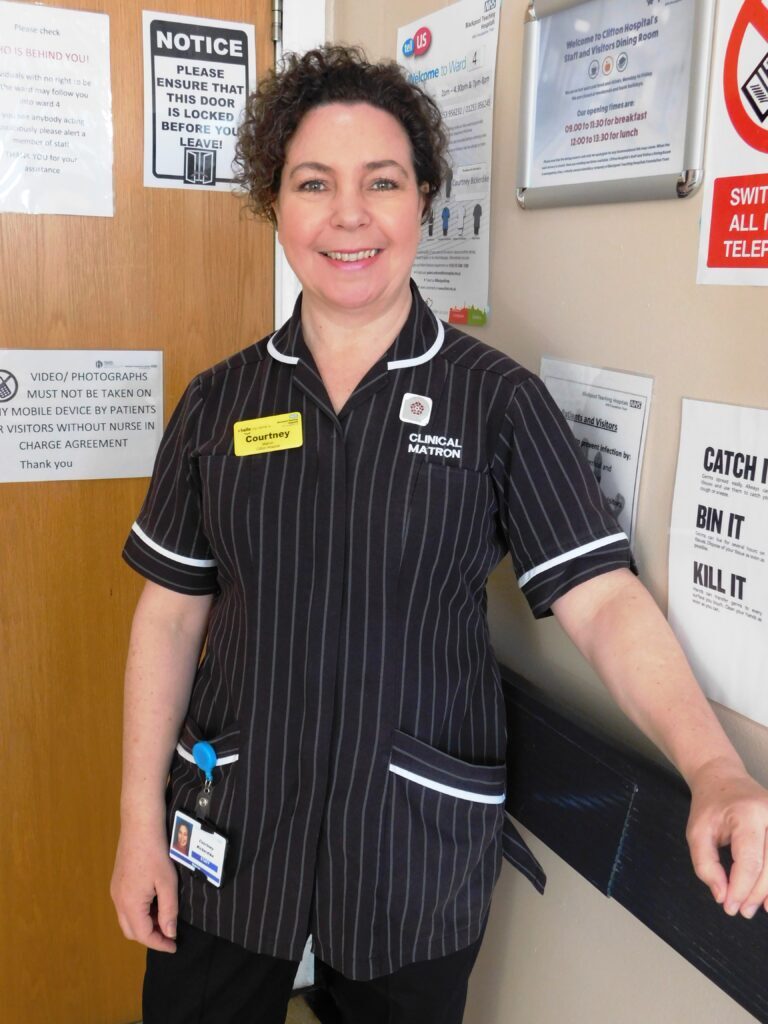 The badges are being trialled at Clifton Hospital where the Patient Engagement team is collecting feedback to iron out any problems before it is hoped to be rolled out across the whole Trust. The badges will be worn by all staff, not just medical staff.

Acting Head of Patient Experience, Eleanor Walsh, said: “We know so much about our patients, and in reality they know very little about us. It’s important they have a confident introduction to our staff to install confidence, build relationships and break down any communication barriers. 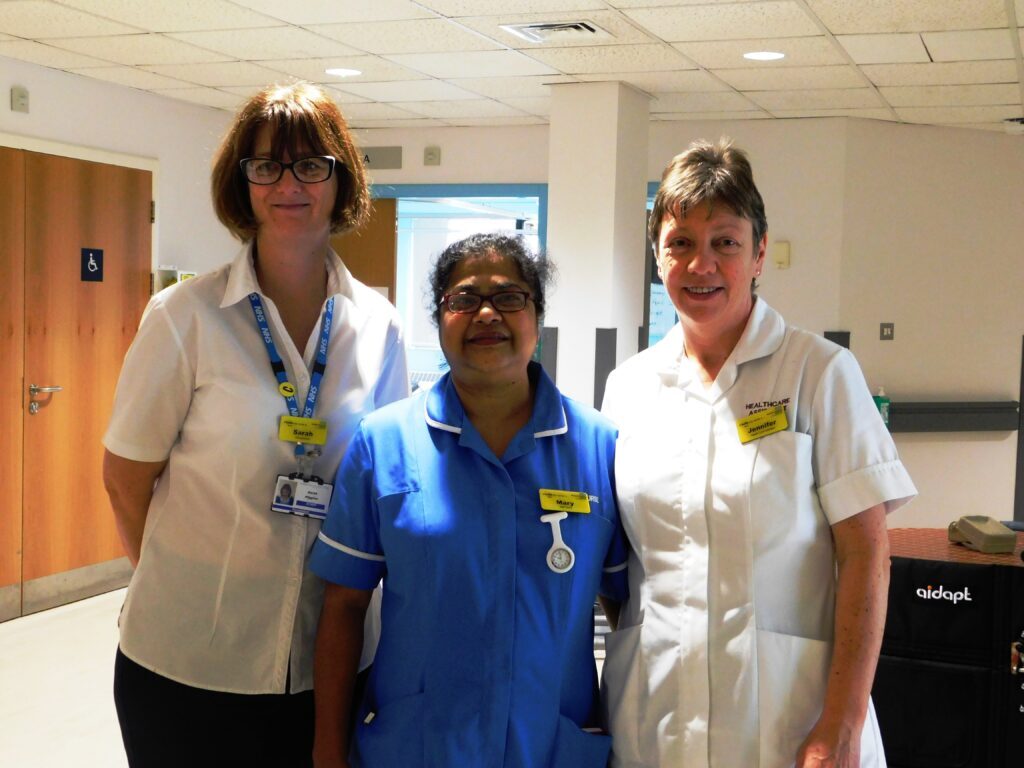 “Staff wearing the name badges in Clifton are already being referred to by their name when dealing with patient requests which is fantastic and shows the scheme is working.”

The #HelloMyNameIs campaign became gained national attention winning the support of more than 130 organisations, including NHS Trusts across England, Scotland and Wales, before becoming a global phenomenon – receiving more than 1.5billion Twitter impressions.