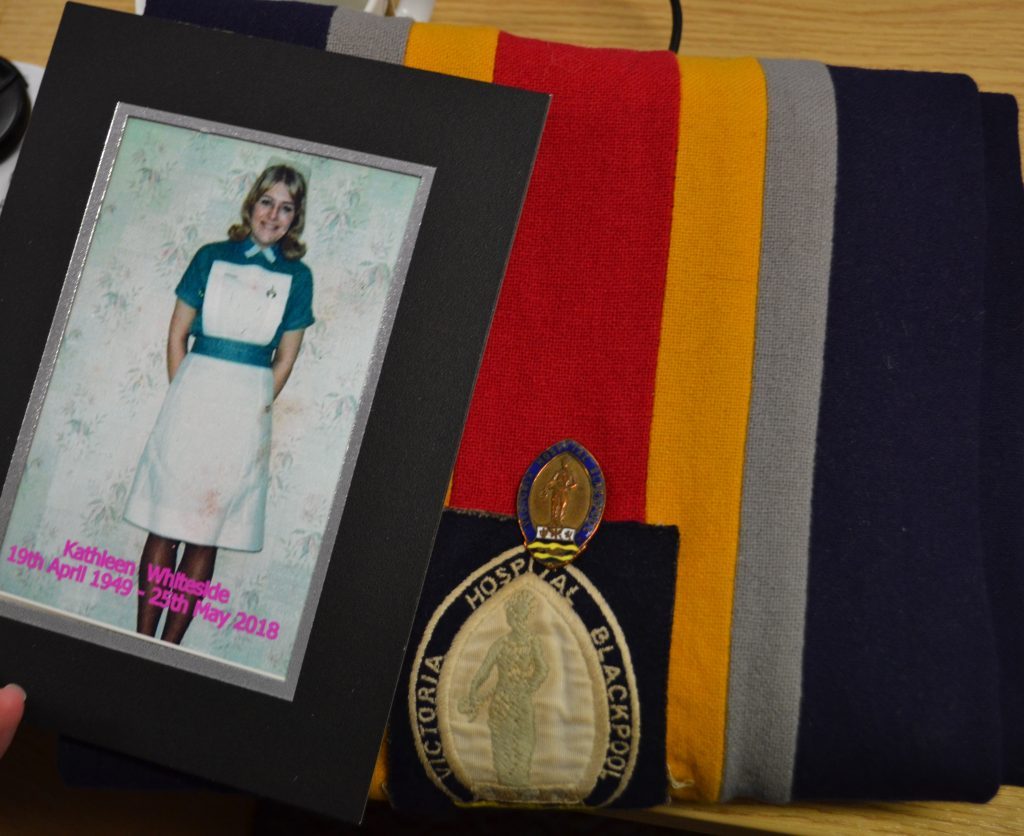 A photograph of Kathleen taken in 1970 and other items she had, a scarf and badge provided by Blackpool Victoria Hospital

The Trust has been donated some memorabilia in memory of a former member of staff who sadly died recently.

We have been given a scarf, a badge and a picture in memory of Kathleen Whiteside.

Kathleen was born in Fleetwood in 1949 and started working at Blackpool Victoria Hospital as a Nursing Cadet in 1965, aged 16.

She previously worked in the St John Ambulance service and always wanted to be a nurse. From being a Cadet she went on to train at the hospital as a State Registered Nurse.

As a student nurse she lived in a flat on the hospital site in what was the new nurse’s accommodation.

She received the badge when she was a qualified nurse and Kathleen’s scarf was found by her family following her retirement. She was always smart, and was proud of being a nurse and part of the hospital.

She kept the scarf for about 50 years. The photo of Kathleen was taken in 1970. Over the years she worked as a theatre sister, in industry as an occupational health nurse, emergency care and she also managed a cottage hospital and day care centre before finishing her working life as a GP practice nurse. Kathleen retired in 2013 and sadly died in May 2018.

Kathleen’s sister, Jean Simner, lived in Blackpool and also trained as a nurse. She described Kathleen as a “source of help and support to me through my training”.

Jean, who now lives in Worcestershire came to Blackpool Victoria Hospital to drop off Kathleen’s memorabilia to where Kathleen worked most of her career.