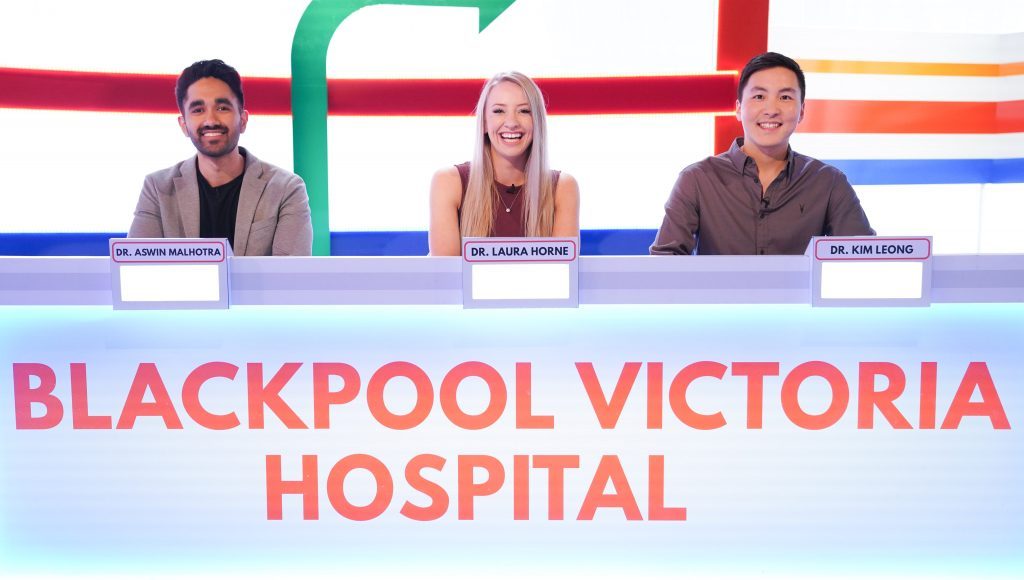 Aswin Malhotra, Laura Horne, and Kim Leong will represent the organisation on BBC Two’s Britain’s Best Junior Doctors from Monday, June 25, as the Beeb celebrates the 70th anniversary of the NHS.

The trio will be pitted against medics from around the UK, putting their new-found skills and knowledge to the test, with comedian Jo Brand taking charge of hosting duties and medical expert Dr Helen Lawal on hand to offer her expertise.

Eight teams of three junior docs will battle it out in a head-to-head knock-out contest, with each 30 minute episode featuring five rounds which will ‘reveal the wonders of modern medicine and the human body’, the BBC said.

The two highest scoring teams will return for the grand final on Friday, June 29, with the winners leaving with a ‘coveted golden stethoscope and the prestigious title of Britain’s Best Junior Doctors’, programme makers added.

Team leader Laura, 24, who currently works in general surgery, said: “It was such a good experience but it was challenging.

“It was more of a speed than a knowledge thing – it was a buzz in for a lot of questions so it was a challenge to get in before the other team.