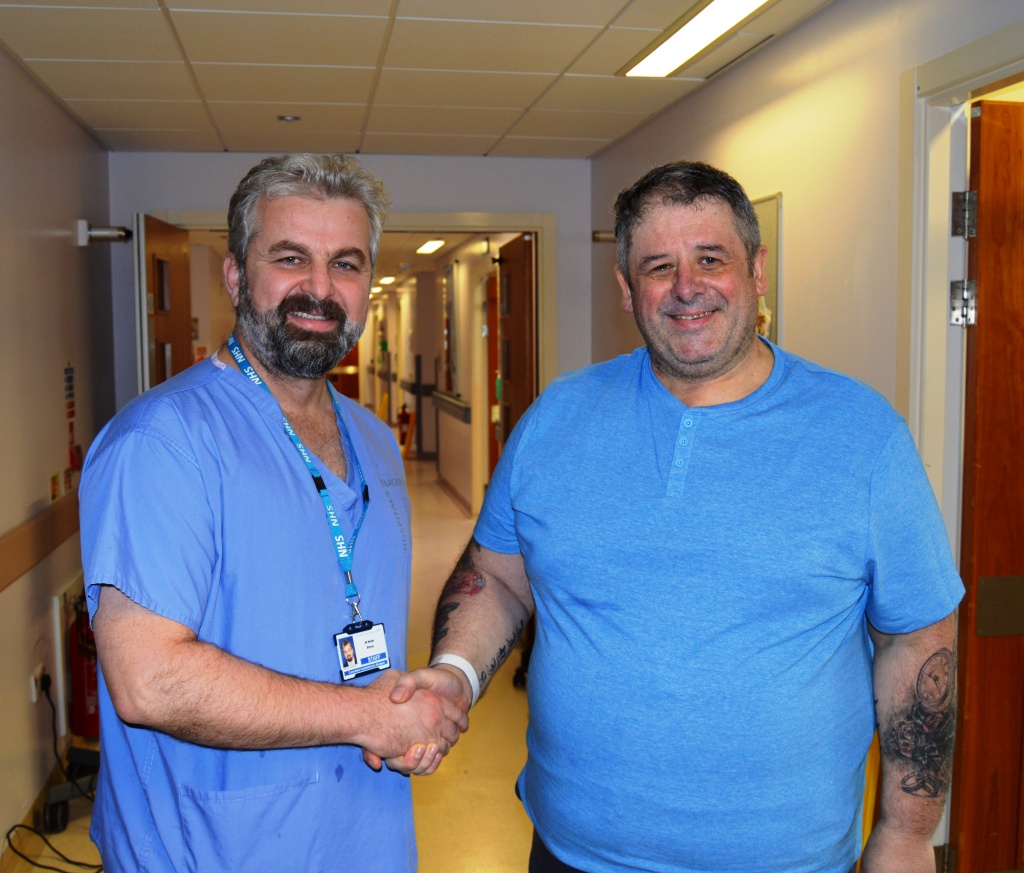 A lorry driver who became gravely ill on the M6 has thanked the heart surgeon who saved him when he was just minutes from death.

Douglas Coutts, 51, from Springburn in Glasgow, started to suffer chest pain when he was travelling south on the motorway with a fellow truck driver.

At first he thought he was having a heart attack but it turned out to be an even more serious and life-threatening problem – a torn aorta – also known as aortic dissection.

Douglas said: “I was minutes from death. The surgeon who operated on me saved my life. He’s a great man. I feel overwhelmed now. I’m just so grateful.”

Douglas didn’t realise he had a heart problem until he started to feel unwell:

“We had just left Glasgow on March the 21st and were on the M74. I took a drink of water but it felt as if it had gone down the wrong way because I had a sharp pain.

“We work continuous shifts so there are always two of us in the cab and we drive from Glasgow to Birmingham every night. We always have two drivers.

“We had a three-and-a-half hour journey to Charnock Richard and the whole way I knew something was not right. “I said to my colleague, Rob Wyllie, ‘I don’t feel well – I think I’m having a heart attack’.

“He said I looked terrible and he ran across to the service station at Charnock Richard to call an ambulance.”

An ambulance arrived and took Douglas to the Royal Preston Hospital.

Douglas said: “The doctor at Preston told me I was at death’s door. I couldn’t quite grasp the situation.

“The next thing, I was in an ambulance heading for Blackpool.  They got me there as fast as they could.”

“Mr Bittar said it was life-threatening and he had to get me into theatre right away. That was the last thing I can remember.”

Mr Bittar said: “When I spoke to Douglas and his wife, they were in shock and said we trust you will the do the best.

“I had never performed heart surgery on someone over 25 stones and I was nervous but I am really pleased that we were able to get him through this and back to his family.

“It was challenging operation. It took eight hours under deep hypothermic circulatory arrest during which we managed to replace Douglas’ aortic valve, his ascending aorta and repair the tear in the arch. Douglas did extremely well and went home to Glasgow six days following the procedure.

“Aortic dissection – a tear inside the aorta which forces the blood through a false lumen and causes excruciating pain – results in 40 per cent of patients dying immediately before reaching hospital and one per cent die every hour making early diagnosis and surgery a priority. The surgery itself is risky and carries mortality up to 30 per cent.

“The team was geared up to deal with routine surgery on the day. Following the phone call from Preston hospital and within few minutes, they made the required adjustment and were able to accommodate such a high risk patient. 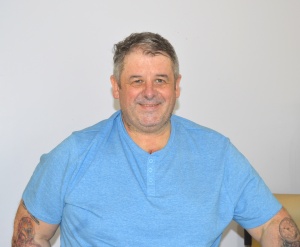 Douglas said: “Mr Bittar was an absolute gentleman with me. He came and explained what they had done. He said my will for life was obviously very strong.

“The valve was so thin that I only had about 10 minutes before I would have died.

“If I had driven on, I would have been dead. I’m so glad that Rob advised me not to drive – he saved my life as well.”

Douglas, who works for haulage firm RT Keedwell based in Somerset, is now back at home with his wife Janis and step-daughter, Andee, 26. They are both delighted that Douglas survived thanks to the medical team.He added: “I can’t fault the hospital staff. They have been wonderful with me.

“It makes me annoyed when people slate the NHS.”